Clean-up crews began clearing a Beech Avenue of its contents today, just months after 50 cats were removed from the same dwelling. 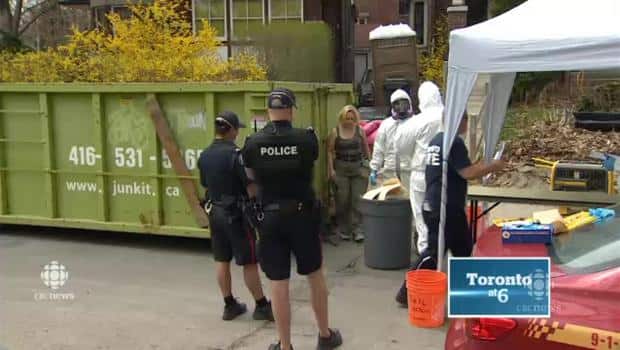 7 years agoVideo
2:50
The clean-up of a home on Beech Avenue is expected to take several days. 2:50

Clean-up crews began clearing a Beech Avenue of its contents today, just months after 50 cats were removed from the same dwelling.

Jim Stoop, a divisional chief with Toronto Fire Services, said these types of situations are never easy to deal with.

"We are giving an opportunity for the homeowner to take a look and make some decisions, but it’s always awkward and can be stressful," Stoop told CBC News.

The homeowner told CBC News that she had been dealing with health problems for a number of years. She denied claims that she is a hoarder.

The clear-out is expected to take another couple of days to complete.

Neighbours say they have reached out to the homeowner in the past to offer help, but those offers have been refused.

Click on the video at the top of this page to watch a full report from the CBC’s Ivy Cuervo.