Toronto bathhouse raids: How the arrests galvanized the gay community

On Feb. 4, 1981, the Toronto gay community was somewhat fractured, with many disparate voices and factions offering opinions on how to advance their issues. But the next night — when police raided four bathhouses — marked a pivotal moment in galvanizing the community.

On Feb. 4, 1981, the Toronto gay community, like many communities, was somewhat fractured, with many disparate voices and factions offering opinions on how to advance their issues.

But the next night marked a pivotal moment in galvanizing the community — when police officers armed with crowbars and sledgehammers raided four city bathhouses and arrested more than 250 gay men.

"When the bathhouse raids hit, we were under attack. The response was universal," said Dennis Findlay, president of the Canadian Lesbian and Gay Archives.

"Not just within the gay community and the lesbian community but the straight community also went, 'What is going on here? That is an utter invasion of people's privacy.'" 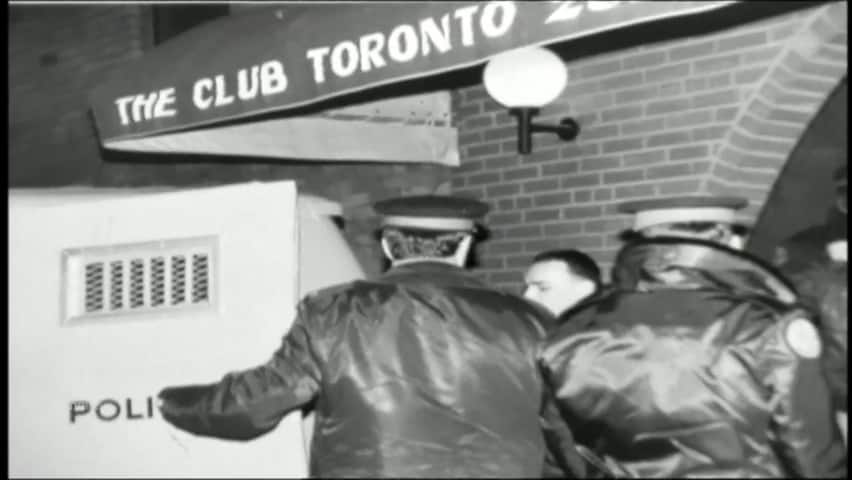 The aftermath of the 1981 bathhouse raids in Toronto

4 years ago
0:33
Archival footage from a bathhouse that was raided by Toronto police in 1981. Lawyer and activist Clayton Ruby denounces the raids. 0:33

"I would never, ever wish to inflict upon anyone the kind of horror that those people who were arrested were put through," Findlay said.

"It was a game changer for many individuals within the community — to realizeno, we're not taking this shit anymore."

Today, in an attempt to make amends for those raids, Toronto police Chief Mark Saunders will apologize for the actions of the force 35 years ago.

For community health advocate Ron Rosenes, who was one of the men arrested, an apology is "a great place to start," but it needs to be part of the larger discussion about police actions as a whole.

Rosenes said it was a "truly shocking" experience for him, then 33, when police suddenly knocked on his bathhouse room door, pushed it in and arrested him. He was given a summons and had to appear in court, "another moment of very humiliating public exposure for something I really felt was entirely normal and within my own right."

While his friends and family knew he was gay, that was not the case for many of the men who were at the bathhouses at the time.

"Lives were ruined, reputations were ruined, people lost their jobs. It was horrible, and the community really struck back at the time," Rosenes told CBC Radio's Metro Morning.

The community did, indeed, strike back, using flyers, phone calls and word of mouth to organize a rally for the following night to protest the actions of the police. When Findlay arrived for the protest at the corner of Yonge and Wellesley streets, 3,000 people had gathered. 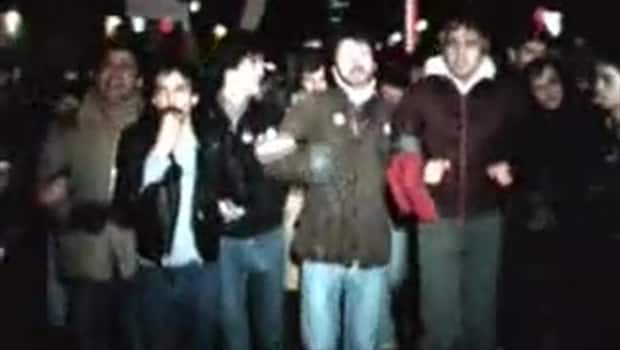 40 years ago
2:02
Warning: offensive language. Raw footage of street demonstrations after the Toronto bathhouse raids in 1981. 2:02

They marched to Toronto police 52 division, which was surrounded by police, shoulder to shoulder, Findlay said.

"They were stony silent. I think they were so shocked that 3,000 people in the city of Toronto in 1981 decided they'd done wrong."

A smaller group then marched to the Ontario legislature at Queen's Park, where some scuffles took place between officers and protesters.

Findlay joined the legal defence committee that had been formed to represent those charged, as did David Rayside, now a University of Toronto political science professor and former director of the Mark S. Bonham Centre for Sexual Diversity Studies.

Rayside managed the defence fund, co-ordinating lawyers and legal strategies, helping to raise money for legal fees and figuring out how to distribute the funds.

"There followed almost instantaneous community reaction on a scale that was extraordinary," he said.

"People who had not been particularly active in advocacy either persuaded themselves or were persuaded  to fight these charges."

The majority of the charges were either dismissed or dropped. Findlay, though he had no legal training, said he acted as a legal agent for 12 defendants, representing them in court and getting their charges dismissed.

Findlay said that the while changes had been slowly coming with regards to gay rights, the raids and subsequent reaction were a transformative event.

For example, those who had been involved with the legal defence team went into the AIDS Committee of Toronto and began to organize around "defending ourselves against this disease and people's prejudices around that disease," Findlay said.

'It was our Stonewall'

"The outcome of all that was, we became a stronger community, we began to organize and we learned how to organize really well," Findlay said.

"It was our Stonewall," he said, referring to the 1969 raids of New York City's Stonewall Inn, which was popular among the city's gay and transgender community. Those arrests led to a series of riots but are also credited for launching the gay rights movement in the U.S.

"In hindsight, I look upon the bathhouse raids as probably one of the best things that ever happened to the LGBT community at that time," Findlay said.