Canadian pharmaceutical giant Apotex confirms its founder Barry Sherman and his wife, Honey Sherman, are dead, amid reports that two bodies were found in their Toronto home. 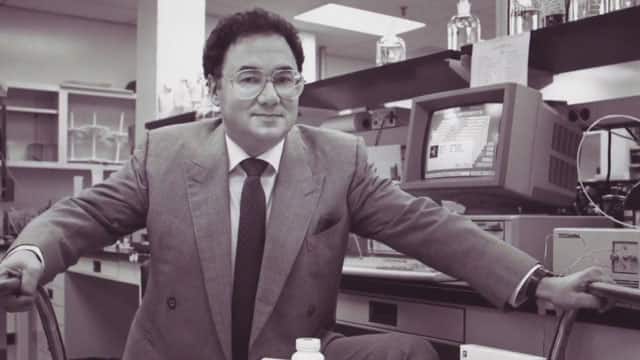 3 years ago
2:00
The founder of Apotex, who was found dead in his Toronto home on Friday, had a major impact on Canadian life both through the pharmaceutical giant he created and for his philanthropic activities. 2:00

Canadian pharmaceutical giant Apotex has confirmed its founder Barry Sherman and his wife, Honey Sherman, are dead, amid reports that two bodies were found in their Toronto home.

"All of us at Apotex are deeply shocked and saddened by this news and our thoughts and prayers are with the family at this time," the company said in a statement late Friday afternoon, adding that the deaths were "unexpected."

Emergency crews were called to the home at 50 Old Colony Rd. in the Bayview Avenue and Highway 401 area around 11:45 a.m. ET for a medical emergency.

That's where Toronto police say a male and a female were pronounced dead on the scene.

Police have not yet confirmed the victims' identities, nor where in the home they were found. They would also not say if there were any signs of trauma to the bodies.

Speaking to reporters Friday, Det. Brandon Price said the deaths are "suspicious" but are not yet being treated as homicides.

That's because, Price said, investigators are still trying to "determine if there is foul play involved or not. And at this point we cannot say 100 per cent with certainty if there is or there is not."

"We're going to know a lot more tomorrow," he said, adding that results from post-mortem examinations have yet to be received.

Hopkinson would not say who found the bodies, but CBC Toronto has confirmed with a police source that they were found by a non-family member.

'It was picture perfect'

In an update Friday evening, police said they were not searching for a suspect and that there were no signs of forced entry to the home.

Neighbourhood resident Sarah Alvi lived across from the Shermans and said she was shocked at the sight of police activity in what she described as a lovely and quiet neighbourhood.

"We've never seen something like that on this street...  Especially with these people, everybody knows who they are — it was really surprising, it was heartbreaking actually," she said. "Lovely people."

Alvi said when she heard the Shermans were selling their home, she'd gone in "for fun, just to check it out."

At the time she said she spoke with Honey Sherman, who she knew quite a bit better than Barry Sherman. Everything seemed normal, Alvi said.

"The kids' rooms were gorgeous... It was picture perfect."

Sherman founded Apotex in 1974 after buying out his uncle's smaller company. The pharmaceutical giant produces and exports generic drugs to more than 115 countries worldwide, according to its website.

Along the way he amassed a vast fortune, recently estimated by Canadian Business magazine at $4.77 billion, making him the 15th richest person in the country. The North York home where their bodies were found was registered to both Shermans, and had recently been put on the market for approximately $7 million.

But while he was known for his success in the drug business, he was perhaps equally known for his generosity. The couple made numerous multimillion-dollar donations to hospitals, schools and charities and had buildings named in their honour.

"He was the bane of the existence of the branded drug companies in Canada. He was not their favourite person, but he was respected," said Paul Grootendorst, associate professor at the University of Toronto's Leslie Dan Faculty of Pharmacy.

You can't take it with you, so the best alternative is to put it to good use while you are here.— Barry and Honey Sherman

In a statement, Mount Sinai Hospital board chair Brent Belzberg said the hospital community was shocked at the loss.

"Barry and Honey Sherman's commitment to community, unwavering philanthropic leadership and heartfelt commitment to making a difference in people's lives was palpable in every interaction with them. Their visible leadership on our hospital and foundation board of directors was infused with warmth, passion and a fierce intelligence," the statement said.

A University of Toronto website lists the Apotex Foundation and the Shermans as donors in the range of $10 million to $25 million during 1995 and 2003. They also donated roughly $50 million to the United Jewish Appeal.

In a statement on the Jewish Foundation of Greater Toronto's website, the Shermans expressed their particular "obligation" to support the Jewish community.

"We are fortunate in being able to contribute," the couple is quoted as saying. "You can't take it with you, so the best alternative is to put it to good use while you are here."

Word of the Shermans' deaths prompted an outpouring of grief for the pair across the business and political community.

Mayor John Tory expressed his deepest condolences to the Sherman family on behalf of Toronto residents.

"Barry and Honey were kind, good people who will be greatly missed. The philanthropic and economic contributions they have made to Toronto put them in a class of their own."

Deeply shocked &amp; saddened to hear of the deaths of Barry &amp; Honey Sherman. Philanthropists and entrepreneurs who made our province a better place to live.

Two weeks ago it gave me immense joy to present a Senate medal to one of the kindest and most beloved members of Canada’s Jewish community. Today I am gutted by the loss of Honey and Barry Sherman. Our community is steeped in grief. I am heartbroken. <a href="https://t.co/B8VANUiNbW">pic.twitter.com/B8VANUiNbW</a>

We’ve been informed of the tragic news that Barry and Honey Sherman have unexpectedly passed away. All of us at Apotex are deeply shocked and saddened by this news and our thoughts and prayers are with the family at this time.

As a producer of more than 300 generic pharmaceutical products, Apotex has seen a fair number of litigation issues, as companies have pushed back on its efforts to sell cheaper no-name options.

One of the most high-profile of those clashes occurred when pharma giant Bristol-Myers Squibb sued Apotex in 2006 to try and stop it from selling the first generic form of the heart-disease treatment Plavix.

Over the years, Sherman faced legal action from family members, who alleged they had been cut out of the company over the years.