Ari Goldkind lobs one-liners at Doug Ford as the leading candidates to be Toronto’s next mayor gather for their latest debate.

'Ford — what does it stand for? Falsify. Overstate. Repeat. Deny,' quips contender 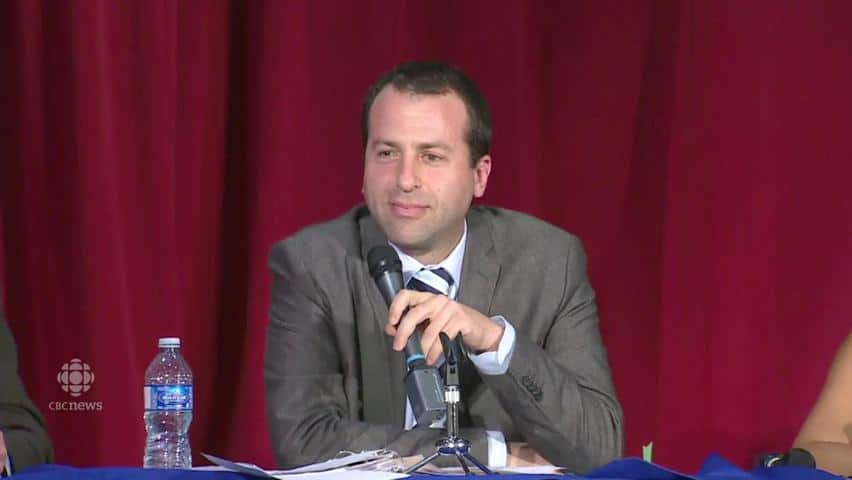 Amid shouts and catcalls from both sides of the political divide, Ari Goldkind lobbed one-liners at Doug Ford on Thursday night as the leading candidates to be Toronto’s next mayor gathered for their latest debate.

Though he appeared to pay little attention to the fourth-place contender at earlier debates, Ford took aim at Goldkind early in the evening, describing him as a “big, rich defence attorney” out of touch with the difficulties faced by “hard-working people.”

“Let me just say this,” Goldkind responded. “Ford — what does it stand for? Falsify. Overstate. Repeat. Deny.”

The quip brought a roar from the crowd. Many shouted at Goldkind to “go home” while others sounded their support.

Goldkind then added: “Nobody knows more about defence attorneys, and the need for them, Doug, than you,” to a further eruption from the crowd.

Ford shot back that he has “never needed a defence attorney” in his life and called on Goldkind to retract his remark.

“I don’t even know why you’re at the table,” Ford added.

Goldkind, smiling, appeared to ignore Ford and at one point stopped the moderator, former Toronto mayor John Sewell, from quelling the noisy crowd.