A five-alarm blaze at a 15-storey high rise near Jane Street and Finch Avenue West where flames were seen shooting from apartment windows is now under control, Toronto's fire chief said.

At least 1 person seriously injured, but now in stable condition 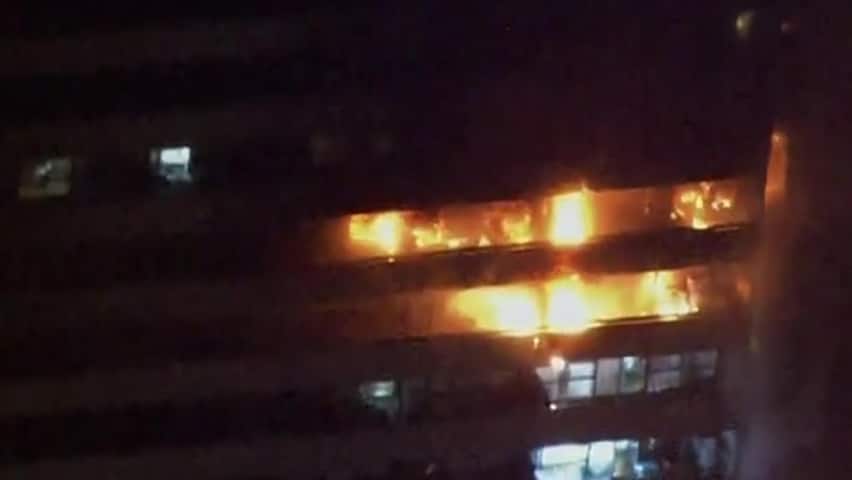 1 year agoVideo
0:35
Toronto firefighters are battling a fire near Jane and Finch where a report of children were stuck on a balcony. 0:35

A five-alarm fire at a 15-storey high rise near Jane Street and Finch Avenue West where flames were seen shooting from apartment windows is now under control, Toronto's fire chief said.

At the height of the fire, flames had spread to multiple floors said Pegg, before crews "gained the upper hand." Twenty-two fire trucks were on the scene along with some 100 fire personnel.

Toronto police said in an earlier tweet that there were reports that children were trapped on a balcony because their apartment was engulfed in flames — but Pegg later said that "there is no indication that anyone is trapped or missing." One person was seriously injured, but their condition has since been upgraded to stable.

Five other people were treated for injuries on the scene but did not require transport to hospital, said Pegg.

Elevators in the building have failed, Pegg said. A number of people who live in the building are now "protected in place," Pegg said, which means they can stay in their apartments if they don't see smoke or fire.

The Driftwood Community Centre is also open to help provide shelter to anyone displaced. There's no word yet on how many people have been forced out of their homes.

So far, there is no word on what caused the fire, or just how long it might take to put out.

"We have a long night ahead of us from what I can see," Pegg said.