Andrew Wiggins on his rise to fame and GTA roots

NBA rookie of the year and Vaughan, Ont., native Andrew Wiggins sits down with CBC Toronto's Dwight Drummond to talk about his rise to fame and his roots in the community.

Growing up in Vaughan 'made me the player I am today,' says NBA rookie of the year 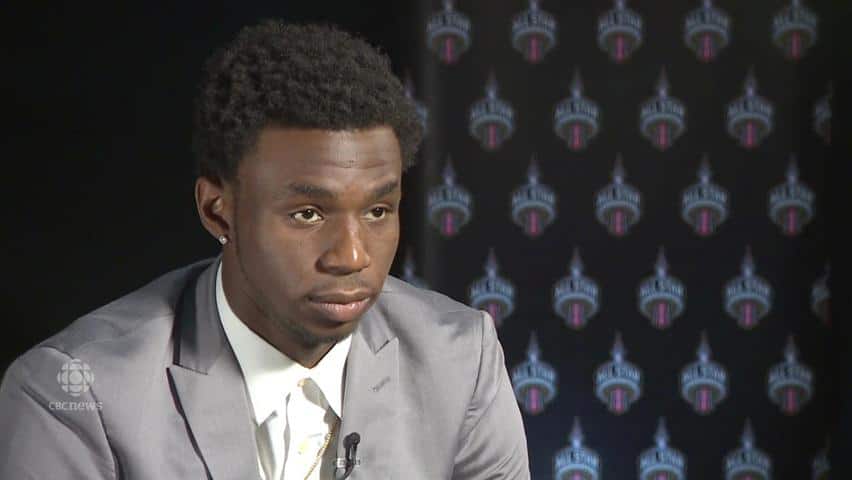 6 years agoVideo
6:18
NBA rookie of the year Andrew Wiggins talks about his roots in the Toronto area. 6:18

The NBA has unveiled the logo for next year's all-star game, which will be held in Toronto — marking the first time the event will be outside the U.S.

But at the unveiling on Wednesday all eyes were on Andrew Wiggins of the Minnesota Timberwolves, the Vaughan, Ont., native who was last month named the NBA's rookie of the year.

CBC Toronto's Dwight Drummond sat down with the rising star to talk about his roots in the community.

"Growing up in Vaughan, it was crazy. It was crazy in a good way. I had a lot of great friends I still talk to now, a lot of good people," Wiggins said.

"I couldn't have asked for a better place to go to school … that's what made me the player I am today."

Watch the video for the full interview.

From a report by Dwight Drummond