A Toronto photographer says his Airbnb guests seemed like a "nice family," until he realized about $21,000 worth of his possessions and SIN card had been stolen.

Toronto police and Airbnb both investigating, as police warn crimes like this are on the rise

A Toronto photographer says his Airbnb guests seemed like a "nice family," until he realized about $21,000 worth of his possessions and SIN card had been stolen.

Matthew Lyn thought he was hosting a woman, her husband and her child between March 5-10.

After the family missed their first day of arrival, Lyn decided to get them some snacks and a bottle of wine to make them feel welcome.

When he returned to his apartment after the guests had left, he found that not only did they take the wine — they also took off with a whole lot more.

After seeing his cabinets left open, his stuff strewn across the floor, his most prized possessions gone, and his SIN card and spare driver's licence missing, Lyn realized quickly what had happened.

"My door was already open, all the lights were on. It was a mess, all my dishes were used, there were towels on the floor, condoms lying about … It was terrible."

His coat and scarves had been taken, his socks had been worn and left lying about and his hard drives full of years worth of his fashion and celebrity photographs were gone.

"I immediately got on the phone with Airbnb. I was such a wreck when I called them. I was so mad. I felt so violated. I talked to them about an hour and a half and they could understand my frustration and I just kept realizing more and more stuff was missing," he said.

Among the items stolen were an iPad, two iPhones, a Nintendo Wii video game console, expensive designer clothing, memory cards, professional cameras and a drone camera. He said groceries, bottles of alcohol and toiletries like shampoos and face scrubs were also taken.

Lyn said he isn't even sure if it was a family that rented his apartment. He only communicated with the guest through the Airbnb app. He said the guest had an existing positive review on the app from someone who had given many other reviews on the website.

Lyn now says he wishes he had been more diligent in checking out the guest.

"On her profile it looked like a woman in her late 30s or 40s with a child. Also one of the messages she sent me was about her son needing to get on the internet, the code is not working."

Lyn reviewed building security footage of the time the "family" would have arrived and he couldn't even see a woman at the front door, only a man.

Toronto police have confirmed that they are investigating the theft and say they have seen an increase in crimes like this one over the last few months. Police are warning those who may be considering short-term rentals using services like Airbnb, VRBO or HomeAway to be extra careful when trusting someone with your keys.

"Your online persona is not necessarily truthful. So if you're going to be engaging in transactions, trying to trust somebody… you should be backing that up [and] taking every effort in meeting with them."

In a statement sent to CBC Toronto, Airbnb said negative experiences like Lyn's are rare and that the company is working with local authorities and reviewing the guest account in question.

"At the end of the day, we obviously can't eliminate all the risk in hosting, travelling or going on adventurous experiences, nor can we guarantee safety," said Airbnb spokesperson Lindsey Scully.

"But we work very hard to help hosts and guests have the ability to make the most informed decisions they can." 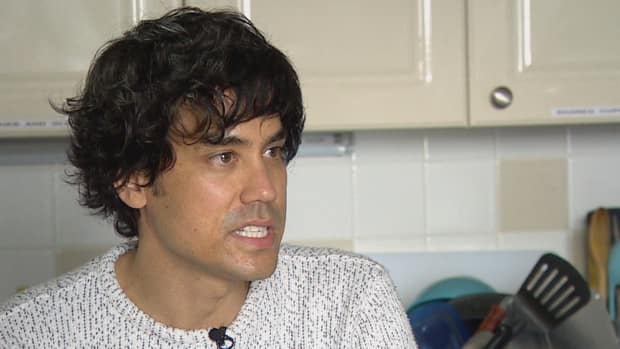 4 years agoVideo
1:52
A Toronto photographer says his Airbnb guests seemed like a 'nice family,' until he realized valuables gone, including SIN card 1:52

Ramna Shahzad is a multi-media producer and reporter in the CBC Toronto newsroom. She began working at CBC News in 2015 as a Joan Donaldson Scholar. Born in Karachi, Pakistan, she now calls Toronto home and writes about everything from transit and city hall to baby animal births at the zoo