Airbnb announced Wednesday afternoon that it will begin testing new regulations across Canada this month that will ban local guests under the age of 25 from booking entire homes.

Airbnb has announced that it will begin testing new regulations across Canada this month that will ban local guests under the age of 25 from booking entire homes.

Guests under 25 years old will still be able to book a private room within a host's primary residence listing, but won't be able to rent an "un-hosted home" within a certain geographical distance of where they're living, according to spokesperson Chris Lehane. The company hasn't specified what that distance would be.

Lehane announced changes to the company's security measures at a news conference in Toronto, which started at 1:30 p.m. ET.

The new security regulations come in an effort to "reduce instances of unauthorized parties," Airbnb said in a statement Wednesday. The idea is one the company says is backed by data suggesting issues related to house parties often occur in areas where the renter lives.

"We're not infallible ... there are ways that people are going to circumvent systems," Lehane said.

The company is also introducing a "24/7 neighbourhood support telephone hotline" in Canada to connect residents with "rapid response agents" who will deal with concerns.

Watch as Lehane explains Airbnb's new pilot project, and why it's being implemented: 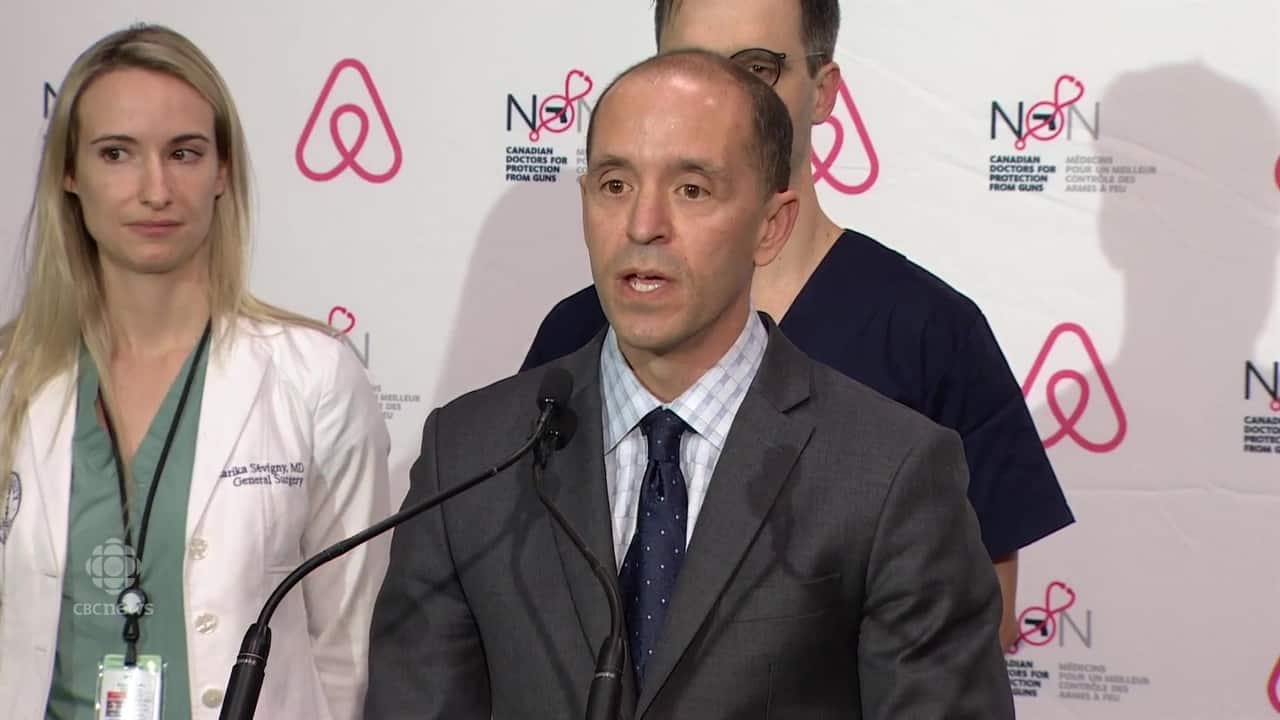 12 months agoVideo
2:05
Airbnb spokesperson Chris Lehane explains why the company plans to implement a pilot project that will limit young adults from booking some properties across Canada. 2:05

It says people under 25 who meet certain criteria, like having positive reviews, will still be able to book entire homes locally.

Lehane said the company is also launching a partnership with the Canadian Doctors for Protection from Guns, under which Airbnb will provide $300,000 over a three-year period to increase public awareness about gun violence.

The pilot project comes just days after a shooting in downtown Toronto last week that left three people dead and two others injured.

The shooting happened at a rented Airbnb in a downtown condo building on Friday night, near Bathurst Street and Fort York Boulevard. Police received several 911 calls at 10:21 p.m. reporting the sound of gunshots.

The victims have been identified as Jalen Colley, 21, of Brampton, Ont., Joshua Gibson-Skeir, 20, of Brampton and Tyronne Noseworthy, 19, of Toronto.

"Our thoughts are with Joshua, Jalen and Tyronne," Lehane said at the conference on Wednesday.

Toronto police announced on Tuesday that the violent shooting was likely a murder-suicide.

The incident raised concerns from nearby residents, who said there are persistent security issues associated with Airbnb rentals. It also prompted reaction from Fairbnb, a coalition of groups calling for more regulations for short-term rentals.

In a statement following the shooting, Lindsey Scully, spokesperson for Airbnb, said the company has "zero tolerance for this type of behaviour," adding that no other safety incidents have been reported at that particular listing.

"We are deeply saddened by the tragedy that occurred in Toronto last night and our thoughts are with all who have been impacted — including the victims and their loved ones as well as the neighbouring residents," Scully said.

WATCH | Airbnb cracks down on party houses with rental restriction: 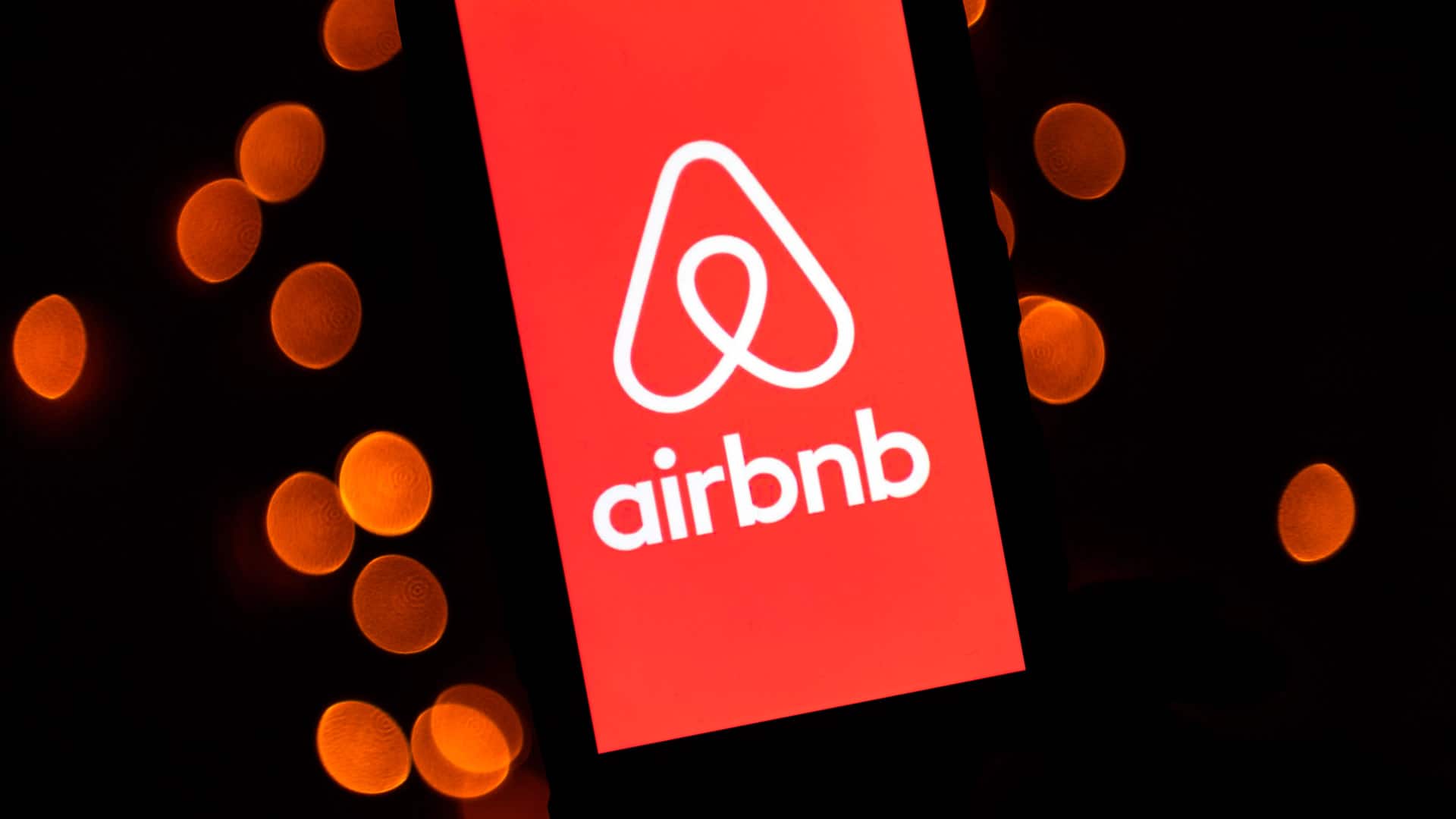 Airbnb cracks down on party houses with rental restriction

12 months agoVideo
1:50
An Airbnb pilot project puts limits on who can rent properties in an effort to address safety. The move comes after several shootings happened during parties at Airbnbs. 1:50

"We have zero tolerance for this type of behaviour, and we ban both party houses and unauthorized parties on our platform."

The Toronto shooting is just the latest to highlight fears around Airbnb parties.

Late last year, Airbnb announced a ban on so-called "party houses" after five people were killed at a Halloween party at a rental in Orinda, Calif., that was listed on its site.

The ban prohibited "open-invite" parties in which organizers open up the home to anyone who wants to attend, for instance by advertising on social media.