A group of parents in Dundas, Ont., are trying to put together a plan for how their developmentally delayed adult children will be cared for after they're gone.

Families look to province for help with new long-term facility in Dundas, Ont. 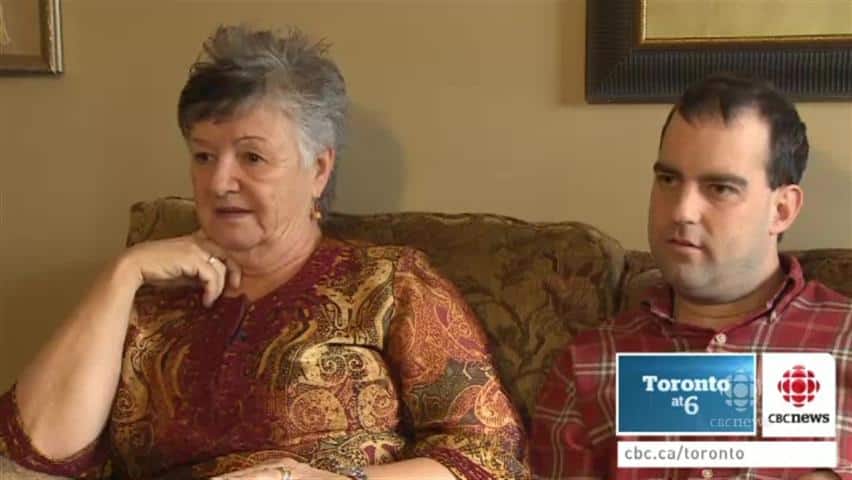 A group of parents in Dundas, Ont. are trying to put together a plan for how their developmentally delayed adult children will be cared for after they're gone.

Martha and George Fox are in their mid-60s and live with their 32-year-old son, Matthew, in the small town west of Hamilton.

When they die, or otherwise become unable to care for him, Matthew will be placed in a group home — but that could be anywhere — taking him away from the life his parents have built for him.

Martha, her husband and other families want instead to establish the Dundas Living Centre, a facility, attached to a local convent, that would care for Matthew and others in his age group. The residents would cover room and board, but the province would need to put in $1.2 million per year to cover staffing.

There are currently about 12,000 adults with developmental disabilities waiting for supportive housing, and the waiting list can be as long as 20 years.

The families met in September with Progressive Conservative Leader Tim Hudak, who said the province must do more to make sure there are necessary supports in place for the disabled.

"You can judge the success of a society by how it treats its most vulnerable populations, and sadly in 2013 we're failing that test," Hudak said at the time. "We can do a lot better."

Community and Social Services Minister Ted McMeekin is against the idea, however. He said in a statement to CBC News that the province already has a process in place that considers the urgency of each case.

McMeekin has said families must wait their turn and not look to jump the queue.

Provincial Ombudsman Andre Marin is due to release a study on people with disabilities this month, something the Fox family hopes will be a catalyst for change.

"We have told Minister McMeekin that we will not give up," said George.

With files from CBC Hamilton and the CBC's Kimberly Gale