After a stroke at 27, he's ready to get out of hospital. Amid a housing crunch, he can't leave

Patrick Kunkel suffered a stroke at the age of 27 and has been living in health care facilities for eight months straight. Finally, he's well enough to continue recovering at home, but his family is now facing another unexpected challenge: finding an accessible place to live in a city that's facing a major housing crunch.

Slowly, steadily, Patrick Kunkel moves one foot in front of the other.

Standing between two parallel walking bars, and holding out his tattoo-covered arms to grip his physiotherapist for support, the 28-year-old is tentatively walking across the floor in a workout room at the Toronto Rehabilitation Institute.

This small bit of movement is a challenge for Kunkel. So is any other movement for that matter, including eating, swallowing, speaking.

"It's hard, hard, hard," he says later from his hospital room, speaking only in hushed, staccato sentences while sitting in his wheelchair. "Really hard, learning how to walk again, and how to talk."

Last July, at the age of 27, Kunkel suffered a massive stroke. He needed life-saving brain surgery, spent time in a coma in the intensive care unit at St. Michael's Hospital, and has been living in health care facilities for eight months straight.

He's finally well enough to continue his rehab at home, but his family is now facing another unexpected challenge: finding an affordable, accessible place to live in a city that's facing a major housing crunch.

"It really puts people in a very precarious position when a tragedy like this happens to a family, in a city where we don't have options for affordable housing," says his mother Valika Kunkel, who raised her four children as a single mother and now lives on a fixed-income pension.

Kunkel switched from St. Michael's to Toronto Rehab in November, and was slated to be discharged back on Jan. 27.

On Monday, he's moving to a long-term care facility, but is desperate to leave the health-care system — longing for the comforts of home, including his dog, Noshi — but he can't move in with his mother or older sister, Kayla, because both live in apartment buildings that aren't wheelchair accessible.

That's left the family hunting for a rental unit that's either on the ground floor or accessible by an elevator, with wide enough door frames to accommodate his wheelchair. It also needs to ideally cost close to $1,200 a month, all Kunkel has in income through the Ontario Disability Support Program.

With few options available, the whole family feels stuck — and experts say they're just one example of the ripple effect from Toronto's housing shortage.

"Individuals who have these complicated situations who need accessible housing, supportive housing — we really can't manufacture that from nowhere," laments Dr. Mark Bayley, the medical director for the Toronto Rehabilitation Institute.

While the hospital offers support workers and other services to help patients make the transition out, he stresses it's a challenge when the housing they need is "very hard to find."

"You're seeing it in the system around incarceration. Our homeless shelters are bursting at the seams. You've got homeless camps all around the city right now," he says. "It's compounding, and hitting almost everything."

In the Kunkels' case, the intersection of accessibility needs and a tight budget is a perfect storm.

"There isn't enough housing for them," Dent explains, bluntly.

"Not every place in Toronto has been built to be accessible, and most are gobbled up because there's such a high need." 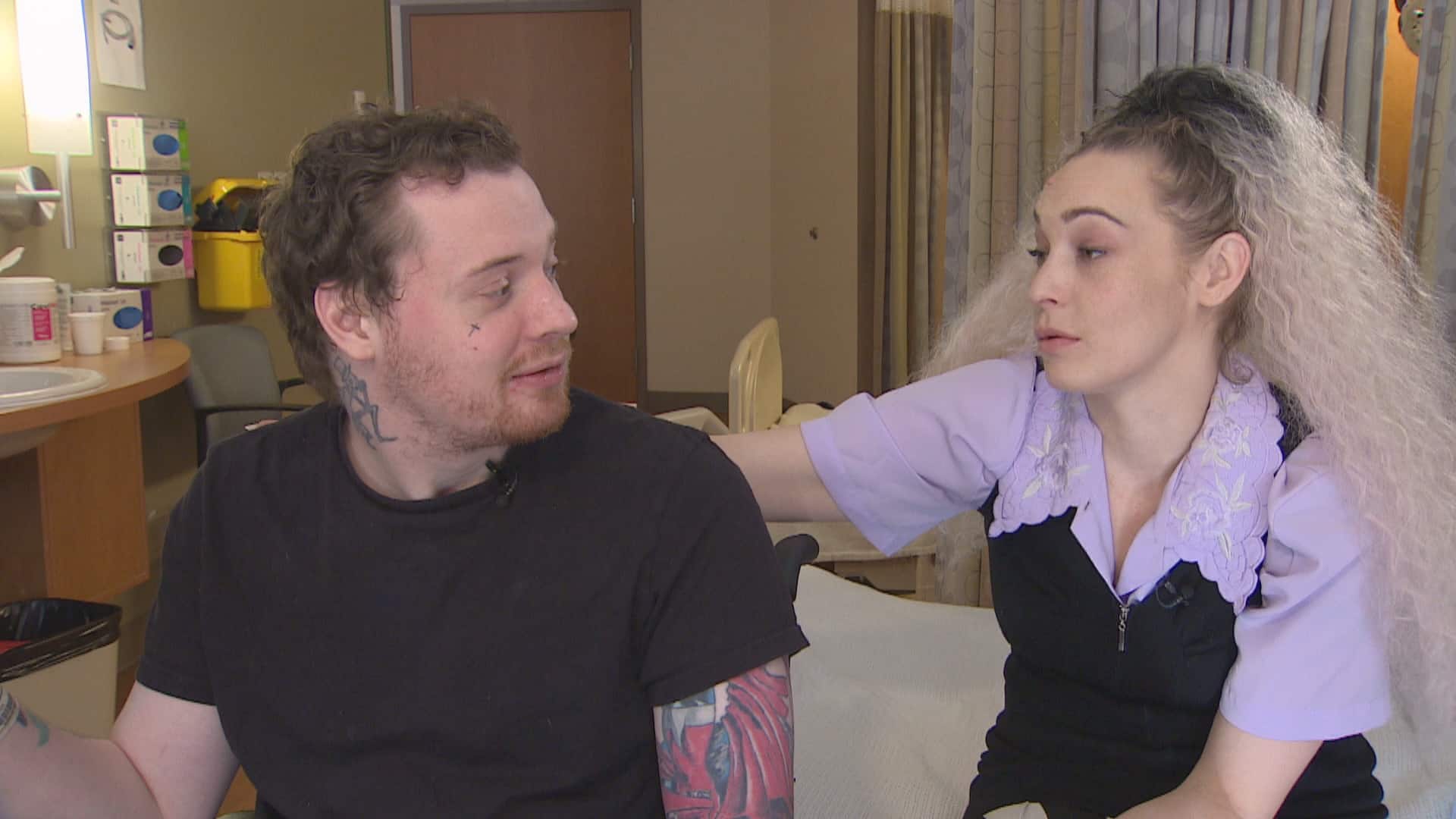 1 year ago
0:33
Kayla Kunkel, sister of stroke victim Patrick Kunkel, talks about how difficult it is for her brother to make simple movements now. 0:33

It's a similar situation for other niche forms of housing.

More than 13,000 people are on the wait list for mental-health and addictions-supportive housing in Toronto, according to a 2018 report from the Canadian Mental Health Association, and over the two years prior, more than 4,000 new people applied while less than 600 were placed in suitable units.

'It's going to be really difficult financially'

Given the crunch, city officials are making strides toward providing more housing options; one new plan offers a roadmap for creating 600 units of supportive housing each year, which would offer wraparound services to ensure people are able to stay in their homes.

"But that's over a 10-year period, and that's after decades of not doing much," Dent says. "Really this stuff, historically, has come from the federal and provincial governments."

Despite a rising population across the GTA, one 2019 report from the Canadian Centre of Economic Analysis and the Canadian Urban Institute suggests the rental market hasn't kept pace with the level of need.

Most of the city's purpose-built rental housing, including social housing, was constructed during the "postwar rental apartment boom" of the 1960s and 1970s — and more than 90 per cent of all available units were built before 1980.

This housing crunch is adding another layer of stress to an already-challenging situation, the Kunkels say.

"It's going to be really difficult financially," says 30-year-old Kayla, who plans on working part-time to become Patrick's primary caregiver over the next few years. "I have no idea how this is going to work, in this city."

Sitting near her brother on his hospital bed, she says the pair have always been close friends. The uncertainty of their future living situation, Kayla adds, follows the terror of nearly losing him after his stroke.

It hit both sides of his cerebellum — the portion of the brain that controls movement and balance — after he mixed alcohol with the acetaminophen and oxycodone-based painkiller Percocet. And it means life might always be more complicated, with lingering health impacts that might never go away.

Both Valika and Kayla want Patrick to feel at home again, but in the meantime, they're simply thankful he's still alive.

Lauren Pelley can be reached by e-mail at lauren.pelley@cbc.ca