Advocates have stressed the need for more investment in supports for young people in Toronto to prevent gun violence. Now, a funding boost for anti-violence programs, backed by Mayor John Tory, has passed the first hurdle during the city's 2020 budget process.

Semir Bulle was in Grade 8 when he first saw a gun.

Another student had brought it to school. It was just there, plunked beside some other kids. And it was only the first of many instances where guns played a role in Bulle's life in Rexdale.

"As time goes on, you start hearing about shootings. A whisper of a friend of a friend. Then an acquaintance. Then it turned out to be my cousin who got shot, then my brother got shot," the 24-year-old recalled.

"It gets closer and closer to you, and before you know it, you're in it."

But Bulle didn't get stuck in the cycle of violence. He's now a second-year medical student at the University of Toronto, on a full scholarship, and co-president of the Black Medical Students Association.

He plans to pursue psychiatry, hoping one day to help community members struggling with their mental health.

Getting to this place took a little luck and a lot of community support, Bulle said. He credits his mom and aunt with taking care of him, and the people who helped him study after school — a "little buffer zone" offering him protection.

Now he's among those stressing the need for more investment into services and supports for other vulnerable young people in Toronto, offering them similar protections against entering a life of violence.

It's a message that seems to be resonating with Mayor John Tory, who pledged an extra $6 million in city funding for youth programs to curb gun violence on Monday, living up to a commitment he made early on in the city's 2020 budget process.

On Tuesday, as expected, the proposed funding injection passed the first hurdle by getting the backing of the budget committee. The budget is now heading to Tory's executive committee, then council, for final approval later this month.

"If you can get one young person in here whose life is turned around away from involvement in gangs and guns and drugs, that is a victory for us," Tory said while announcing the potential funding at Falstaff Community Centre in North York on Monday.

But while many say the planned funding boost is a positive step, there are questions whether it goes far enough.

Investment a 'step in the right direction'

"It just sounds like: 'Please guys, take this, shut up,'" Bulle said. "We've been talking about these issues for so long, and they're so deep in our community — poverty and a lack of opportunity."

This "little amount of money," he added, isn't nearly enough to tackle a growing issue.

The new investments are in addition to the $18.6 million in new funding for anti-violence measures already outlined in the 2020 budget, with funding for the latest boost coming from land transfer tax revenue and funding reversals for the city's ombudsman and lobbyist registrar departments.

With the city footing the whole bill, Tory said he'll be meeting with federal officials in Ottawa later this week to continue lobbying for more outside support.

That's all a "step in the right direction," said Louis March, founder of the Scarborough-based Zero Gun Violence Movement, a coalition of dozens of community organizations focused on addressing the root causes of gun violence.

Still, he says details are thin on how the funding will be used. "Community violence prevention grants, what's that going to look like?" he added.

Councillors raised similar questions during Tuesday's budget committee meeting, probing city staff on the logistics of opening more youth hubs, which offer young people a place to connect with peers, work on homework, and safely hang out in supervised spaces.

Coun. Shelley Carroll questioned whether there will also be more youth outreach workers beyond the 31 the city employs right now, and staff confirmed that program is "not being expanded" through the potential funding boost.

That means the investment is only going "halfway" toward solving the problem, according to Diane Dyson, director of research and public policy at the Neighbourhood Group, a non-profit community organization that offers youth programs and childcare.

Without more boots on the ground to build relationships with youth in the community, the hubs will have a tough time attracting vulnerable young people, she warned.

"We'll be reaching the kids that would have succeeded anyway," Dyson added. "But we won't get the kids who hang out around the community and are bored and getting into trouble."

When it's done right, this kind of youth engagement is an approach supported by many experts, including people with lived experience, amid calls for anti-violence efforts to focus on the root causes.

The poverty and marginalization that can lead youth into violence are familiar factors for Haley Prescod, an employment support worker with Jane Finch Centre who has worked with youth at Falstaff Community Centre.

Sometimes, she says, it's as simple as young people not having safe spaces to spend time; some don't even have room in their own homes to hang out with friends.

"There are places that call the cops on kids. They call the police if they're trespassing, if they shouldn't be there after hours," she said. "That alone gives them hostility."

Safe spaces like youth hubs offer another path, she explained. "Interactions with your peers is very important for development," Prescod said. "Especially if there are positive adults, and other peers, around you showing you the right way." 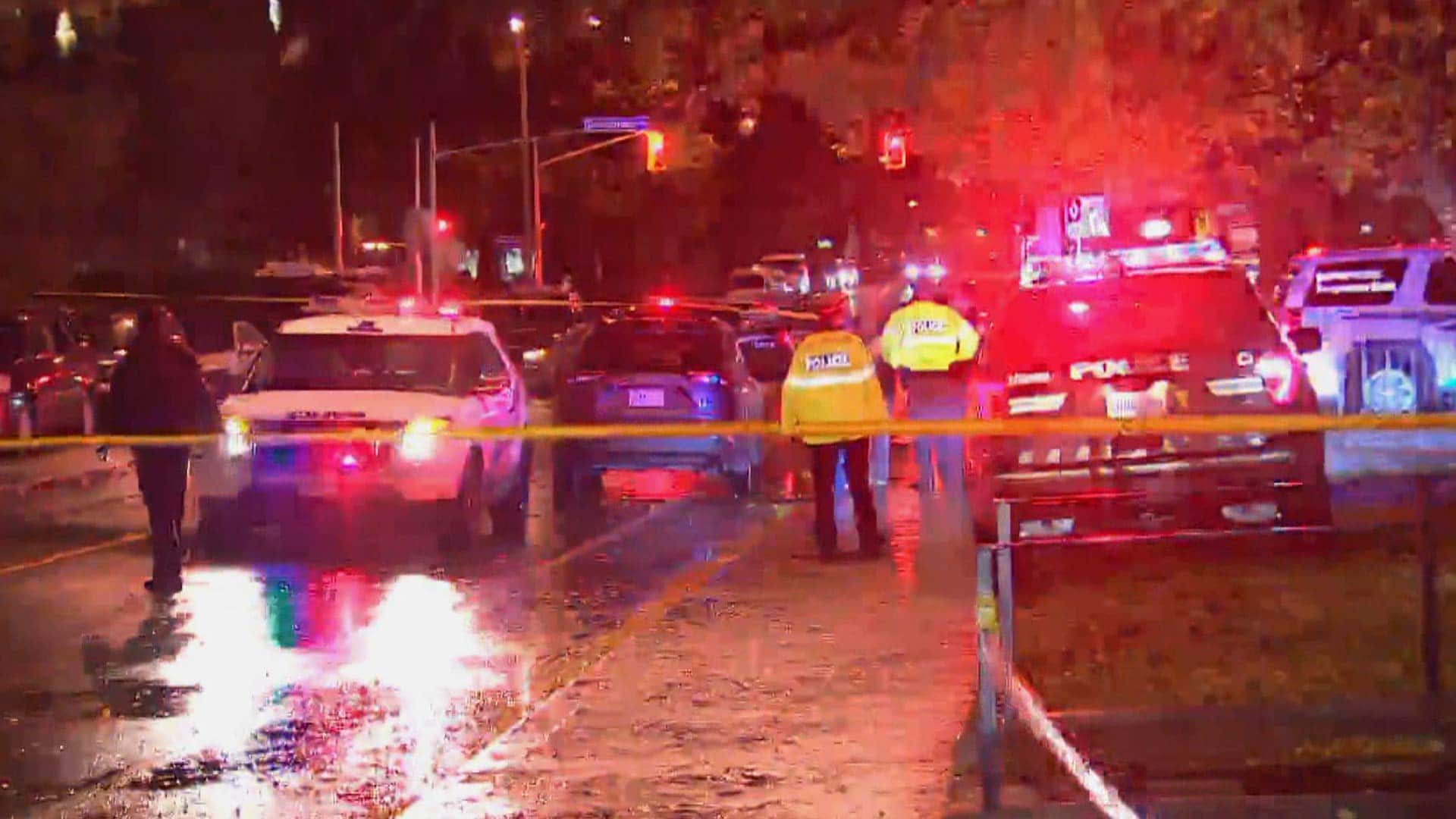 Finding a solution to violence in Toronto

1 year agoVideo
2:08
Another wave of violence in Toronto has the city on edge and struggling to find a solution. 2:08

Despite the benefits, March considers the cash injection a "political move" on Tory's part, and a flip-flop from his previous stance during the last budget in 2019 — a year marked by a record high of 492 shooting incidents and 44 deaths, according to Toronto police numbers.

Early that year, Tory rejected calls for the creation of 20 additional youth hubs, and the proposal fizzled out.

Coun. Josh Matlow, who spearheaded that previous vision for an expanded network, said it's "wonderful" to see Tory backing a similar plan now.

"The best way to prevent violence for our youth is to give them opportunities," he added. "It can change lives."

Given his own experience growing up with a strong support network, Bulle agrees.

But he questioned the timing of Tory's announcement — just days after three young men were killed by gunfire in a CityPlace condo building — and what he sees as a meagre amount of extra funding amid the city's more than $13-billion operating budget.

"It doesn't sound like we're the priority," Bulle said.

"We need opportunities, we need education, we need investment in our communities."