5-year-old in critical condition after mauling by family dogs

A five-year-old girl is in critical condition in Toronto's Sick Children's Hospital after being mauled by as many as three Rottweilers.

Neighbours say there have been past problems 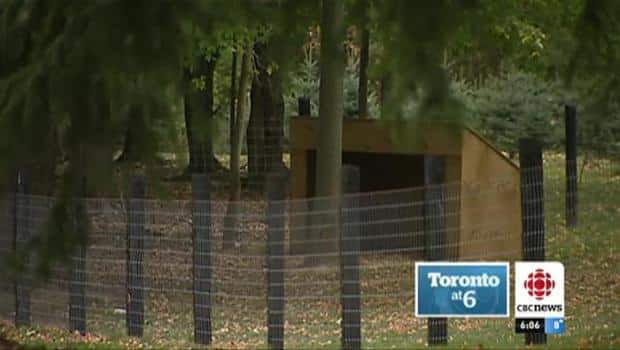 A five-year-old girl is in critical condition after being mauled by as many as three Rottweilers in at her home in Pelham, Ont., near Niagara Falls, in what police have described as a "horrific accident."

The child had surgery on Friday night at Toronto's Hospital for Sick Children — and was reported to be back in surgery on Saturday afternoon.

The dogs that attacked the little girl belonged to the family.

Niagara Regional Police say the mauling occurred at about 5:30 p.m. on Friday afternoon.

The child was by herself, police say, when the dogs attacked.

The child was rushed to the Welland County General Hospital. Once stabilized she was then airlifted to Toronto.

Det. Richard Gauthier, who is leading the investigation for the Niagara force said emergency workers told him the girl has "so many injuries [they] can't even list them."

Gauthier told CBC News that police are "trying to make some sense of what happened."

He said the attack was a "horrific accident," adding this type of thing is "very rare."

According to a news release from the police, "three dogs were removed from the property by the Welland Humane Society and are being held pending the police investigation."

On Saturday, neighbours told CBC News the dogs have been a problem in the past.

One woman said she doesn't want the dogs returned — that they've attacked others.  One neighbour, she said, had to hide in her garage to get away from the dogs.

Another neighbour said the dogs have been allowed to run loose, in spite of a big dog pen on the property.

But Gauthier said there are "no documented incidents with these animals."  He said neither the local animal control nor Niagara Regional Police had ever received a complaint about the dogs.

The family is reported to have four children, including the five-year-old who was attacked.  The youngest child is a newborn.

Police said the investigation is continuing and could not say if any charges will be laid.