On Saturday, provincial officials announced 151 new lab-confirmed cases of the respiratory illness for a total of 1,144 cases reported to date.

Ontario is cracking down on price gouging for essential hygiene and medical supplies, and pushing to limit gatherings to five people or fewer, as part of ongoing efforts to handle the COVID-19 outbreak across the province.

On Saturday, Premier Doug Ford called out the "bad apples" who are hiking prices and "trying to take advantage of vulnerable people during these dark days."

"I have zero tolerance for this kind of nonsense," Ford told reporters.

Individual offenders can face a ticket of $750, or, if summoned to court and convicted, could face a maximum penalty of a $100,000 fine and one year in jail, the province said in a statement.

"If we are going to stop the spread of COVID-19 now and keep our communities safe, we need to take extraordinary measures to ensure physical distancing," said Ford.

"I strongly encourage everyone to do the responsible thing and stay home unless absolutely necessary. I can assure everyone that we will do everything in our power to stop this virus in its tracks."

The order does not apply to private households with five people or more. It would also not apply to child care centres that support frontline health care workers and first responders, provided the number of people at each centre does not exceed 50 people.

Funerals would be permitted to proceed with up to 10 people at one time.

"We are acting on the best advice of our chief medical officer of health and other leading public health officials across the province," said Minister of Health Christine Elliott.

"These are extraordinary times that demand extraordinary measures to stop the spread of COVID-19 and protect our people. Nothing is more important."

The changes come as provincial officials announced 151 new lab-confirmed cases of the respiratory illness, for a total of 1,144 cases reported to date.

Among the latest to test positive for COVID-19 is a screening officer at Toronto's Pearson International Airport.

The employee tested positive on March 26, according to a statement sent to CBC News by GardaWorld, a private security firm that provides officers to the Canadian Air Transport Security Authority.

So far, at least 19 people across the province who have tested positive have died and eight others have recovered.

On Saturday evening, Education Minister Stephen Lecce tweeted that there was sad news from Vaughan, extended "deepest sympathies" to family and friends of that's city's first victim of COVID-19.

It was not immediately clear if the victim mentioned in Lecce's tweet is included in the 19 deaths reported by provincial officials.

On Friday, Ford also called on big-city residents and snowbirds to avoid self-isolating at their cottages amid the COVID-19 pandemic — and instead stay in their hometowns.

The Premier said he's been hearing from mayors in towns scattered throughout the province's extensive cottage country that local health resources are already struggling to keep up with the outbreak and an influx of new arrivals will make the situation worse.

Doctors in some of those communities say they don't have enough testing kits, protective gear, or other tools necessary to help keep the pandemic at bay.

At least 14 staff members at the home are also infected, along with three more residents beyond the two who died.

There are currently 63 COVID-19 patients in intensive care units throughout the province — up from 43 on Friday,  29 on Thursday and 17 on Wednesday, according to provincial health officials.

Of the patients in intensive care, 46 are on ventilators.

Earlier this week health officials said they were hoping to be process 5,000 tests per day by this weekend.

But at an afternoon news conference on Saturday, Ontario chief medical officer Dr. David Williams said they are currently able to test approximately 4,000 swabs a day.

"Today we moved us to around 4,100 so we're getting close to that number," Williams said.

"We're pretty close to the mark, so I'm still optimistic that maybe by the end of the weekend or early part of next week we will be at that 5,000,"

Dr.  Barbara Yaffe, Ontario's associate chief medical officer of health also said the authorities are now aiming to move to 5,000 daily tests by early next week and 19,000 per day by mid-April.

Meanwhile, Dr. Williams said 91 health-care workers throughout province have tested positive for COVID-19 since the end of January.

But he was unable to give a breakdown of how they became infected.

"We don't know if they are from in the hospital or from travel or from case contact [but] the number I have here is 91 since the start of the whole episode at the end of January," Williams said.

"That's a cumulative total and it doesn't break down how many of those were derived on the job at the health-care centres."

Youth to remain in care after cut-off age during pandemic

A new moratorium issued by the province says youth in Ontario's child welfare system who pass the cut-off age during the COVID-19 pandemic will remain in care.

That means the 800 to 1,000 young people who would age out of state care this year won't face losing their home, caregivers and financial supports while also navigating the pandemic.

"No young person should be worried about losing their support system in this situation," said Hannah Anderson, a spokeswoman for the Ministry of Children, Community and Social Services.

"We have officially filed a regulation so that throughout the COVID-19 outbreak, no youth in care or former youth in care in Ontario will age out of the supports and services they are currently receiving through children's aid societies."

Other provinces have not made the same commitment, raising fears that hundreds of youth will end up couch surfing or sleeping on the streets at a time that physical distancing is recommended, and housing, employment and community supports are not easily accessible.

Meanwhile, as the number of cases continue to rise, there's concern among clinicians over hospital readiness, both in rural areas and larger cities.

Julie Nardi, a respiratory therapist at Sunnybrook Hospital in Toronto, told CBC News on Saturday that her hospital has taken a number of steps to increase capacity for the higher numbers of COVID-19 patients clinicians are expecting.

The hospital's existing COVID-19 unit, she added, is "almost at capacity" already. 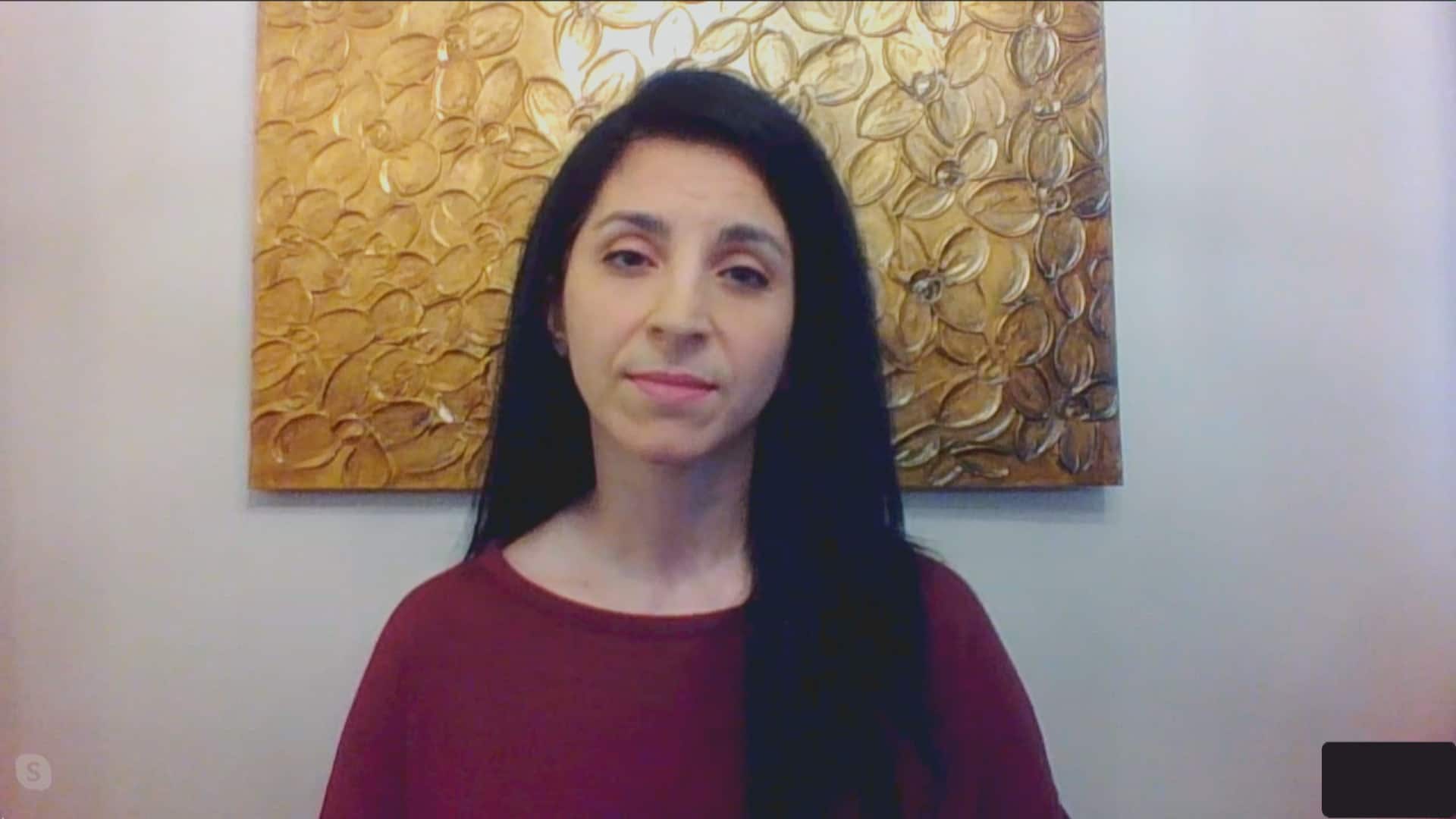 12 months ago
2:53
Julie Nardi, a respiratory therapist at Sunnybrook Hospital in Toronto, said that her hospital has taken a number of steps to increase capacity for the higher numbers of COVID-19 patients expected. 2:53

Nardi said there are also fears about front-line healthcare workers running short on supplies, with masks being the "big concern."

"We have taken the same stance as many of the other hospitals in that we're being allocated two masks per shift — per 12-hour shift — for employees that work in a clinical area," she said.

"So that has been very challenging because if you have to go into a patient room, you know it's hot, you have a lot of equipment on, and sweat is pouring down your face and you know, you wonder how protected you really are."

The rising number of cases in local ICUs, coupled with a backlog of pending COVID-19 test results and large numbers of residents who haven't been tested at all, is also fuelling concern that the virus has spread more widely than the official numbers suggest.

Dr. Williams previously said Ontario has started to make progress on the backlog, which dropped for the first time Friday from nearly 11,000 to just over 10,000 pending results.

Meanwhile, the chair of the province's COVID-19 command table said postponing elective surgeries has freed up capacity in hospitals, noting there were roughly 400 critical care beds available across the province on Friday.

Provincial officials are also working to protect Ontario's supply chain to ensure front-line health-care workers have much-needed equipment, like ventilators, masks, and swabs, according to a release from the Ministry of Government and Consumer Services.

In addition, the province is removing barriers allowing Ontario's manufacturing sector to redeploy capacity toward the production of healthcare equipment.

"COVID-19 is impacting supply chains across Canada, and around the world," said Lisa Thompson, Minister of Government and Consumer Services, in a statement on Saturday.

On a country-wide level, the federal government is ramping up travel restrictions to help curb the spread of the virus.

As of noon Monday, anyone exhibiting any signs of illness will not be allowed to board domestic aircraft or trains, Prime Minister Justin Trudeau announced at his Saturday COVID-19 briefing from his Rideau cottage home in Ottawa.

Canadians need to "keep it up" when it comes to physical distancing, he said, though he also conceded there are some small signs that staying apart and staying home are having a positive impact.

Meanwhile Canada's deputy chief public health officer Dr. Howard Njoo has delivered a more sobering assessment of the COVID-19 pandemic, saying the fight is far from over and that it could include a second wave.

The number of confirmed COVID-19 cases across Canada was at 5,546 on Saturday — including 61 deaths in the country. Of the total cases, 476 patients have recovered.

Earlier on Saturday, chief public health officer Dr. Theresa Tam said so far, seven per cent of the confirmed COVID-19 cases in Canada have required hospitalization, and 30 per cent of those who have been in hospital are under the age of 40.

Tam also said more cases are now being transmitted through the community, rather than being tied to travel.

Roughly 184,000 people have been tested country-wide to date.

With files from CBC News, the Canadian Press, Mike Crawley