An Ontario reptile expert is in disbelief after he and a team of volunteers helped rescue 150 crocodiles, alligators and caimans from a Toronto home.

'I couldn't believe what I was seeing,' says reptile expert who helped move animals to sanctuary 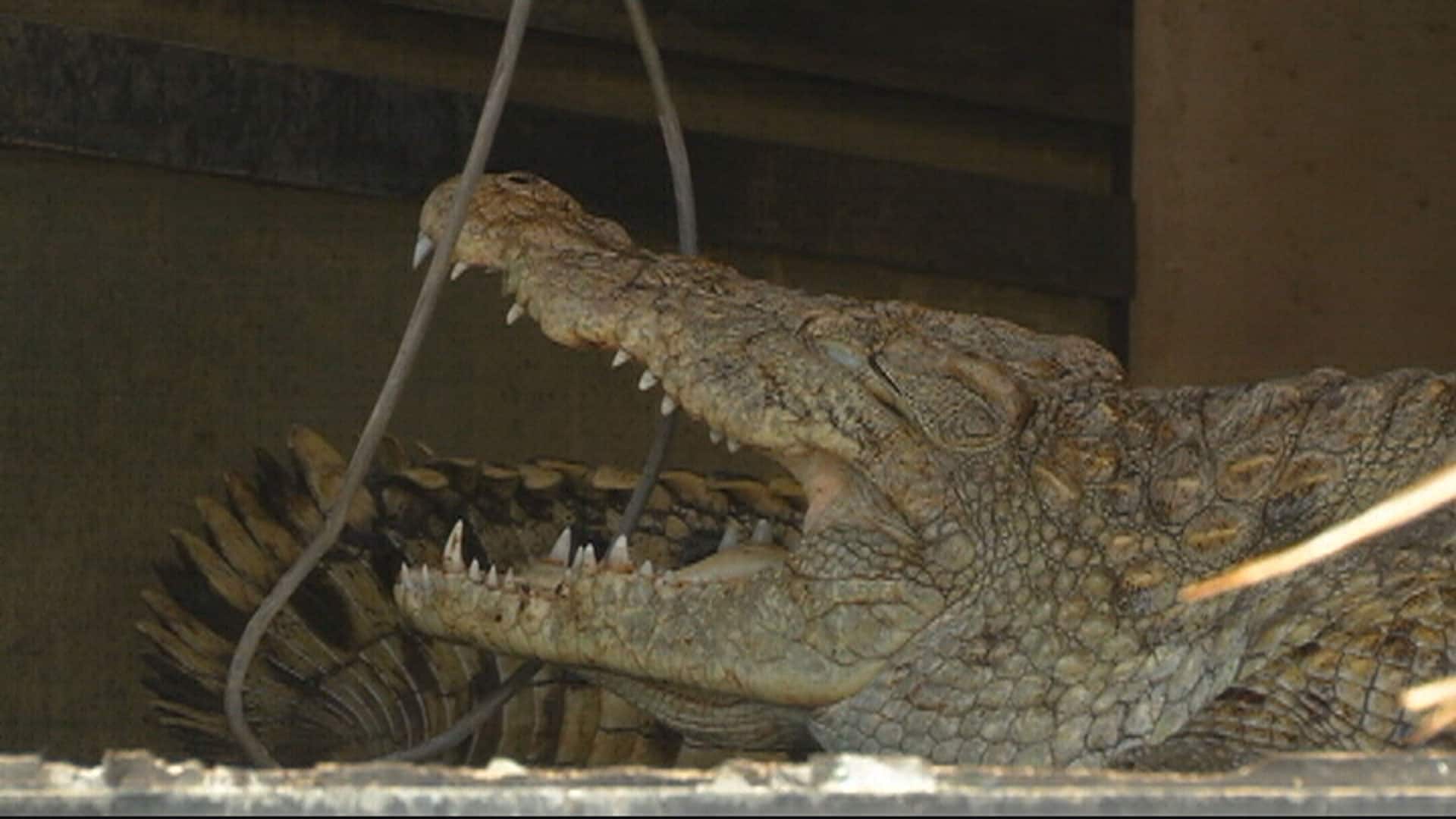 Dozens of crocodiles and alligators rescued

About 150 crocodiles, alligators and caimans are now safe at an animal sanctuary after a Toronto-area man overwhelmed by his reptile collection issued a plea for help.

The reptiles, some more than three metres long, had been kept in a home for about 10 years before Bry Loyst of the Indian River Reptile Zoo near Peterborough, Ont., was called in to help.

"I couldn't believe what I was seeing," Loyst said Thursday on CBC Radio's Metro Morning show. "I could not believe that somebody had that many crocodilians and raised them to adulthood. These were not baby little crocodiles," he said. "They were adults."

Although they are often bred and sold as pets, owning such large reptiles contravenes a city bylaw.

Loyst would not disclose the location of the house where the reptiles were rescued, saying only that it was a residential area of the city and that the animals were kept in aquariums.

"I think it started out as a business and he fell in love with the crocodiles and kept them as pets," Loyst said.

​He often fields calls from owners of full-sized crocodilians who buy the animals when they are small and cute, then become overwhelmed as the pets reach adulthood. What's unusual in this case is that the animals inside this house were kept for a long time as adults. None were smaller than a metre in length, with the longest measuring more than three metres.

Located about 150 kilometres east of Toronto, the Indian River Reptile Zoo also operates as an animal sanctuary. Loyst, who is the curator and a co-founder, said the rescue was "timely" because the zoo was in the process of adding a new million-dollar building to house large reptiles. The zoo is home to more than 400 snakes, turtles and lizards.

Loyst commended the Toronto man for "doing the right thing" by issuing a call for help. He said the man made "an extremely large donation" to the zoo.

"He did a lot of wrong things, but kudos to him. He did the right thing by giving [the animals] a better place," Loyst said.

The reptiles now reside in a "huge" heated indoor enclosure, with access to the outdoors.

Illegal to own crocodiles, alligators, caimans

Carl Bandow, a supervisor at Animal Services, said in the past five years, the city has recovered three caimans. One caiman, a very close relative of an alligator, was recovered in Toronto's High Park in July, 2014. The 80-centimetre reptile was in the park's pond for a day before it could be caught.

The set fine for owning a crocodilian is $240, according to Bandow, and the maximum penalty is $5,000.

So how did Loyst and his colleagues go about the considerable task of moving 150 large reptiles?

He rented four trucks and bought dozens of Sonotubes (the large cardboard tubes used as concrete forms in building construction).

Loyst and his team blocked the ends of the tubes with wood and used each one as a container to hold an animal. "It's one of the safest ways to transport crocodilians," he said. "Because they can't move around. It's a dark spot."

A staff of 20 volunteers worked to move the animals.

"Everyone was just excited and enthusiastic to be involved, because it's such an unusual situation," said Loyst. "It was a lot of fun and tiring."

Loyst said the sad truth is that many crocodilians are illegally bought and sold as pets. He said it's a purchase that never works out well for the owner or the animal.

"Why he wanted that many animals is beyond me," Loyst.