A 12-year-old boy who was hit by a stray bullet during a shooting last weekend has died.

A 12-year-old boy who was hit by a stray bullet during a shooting last weekend has died.

Toronto police confirmed Thursday morning the boy had died. Investigators also later announced that two men had been charged with first-degree murder in connection with the shooting.

Police said the Saturday shooting began when two vehicles entered a parking lot near Jane Street and Stong Court at about 2:20 p.m.

Two occupants of one of the cars got out and started firing at the second vehicle, chasing it outside of the lot while firing about 30 rounds. 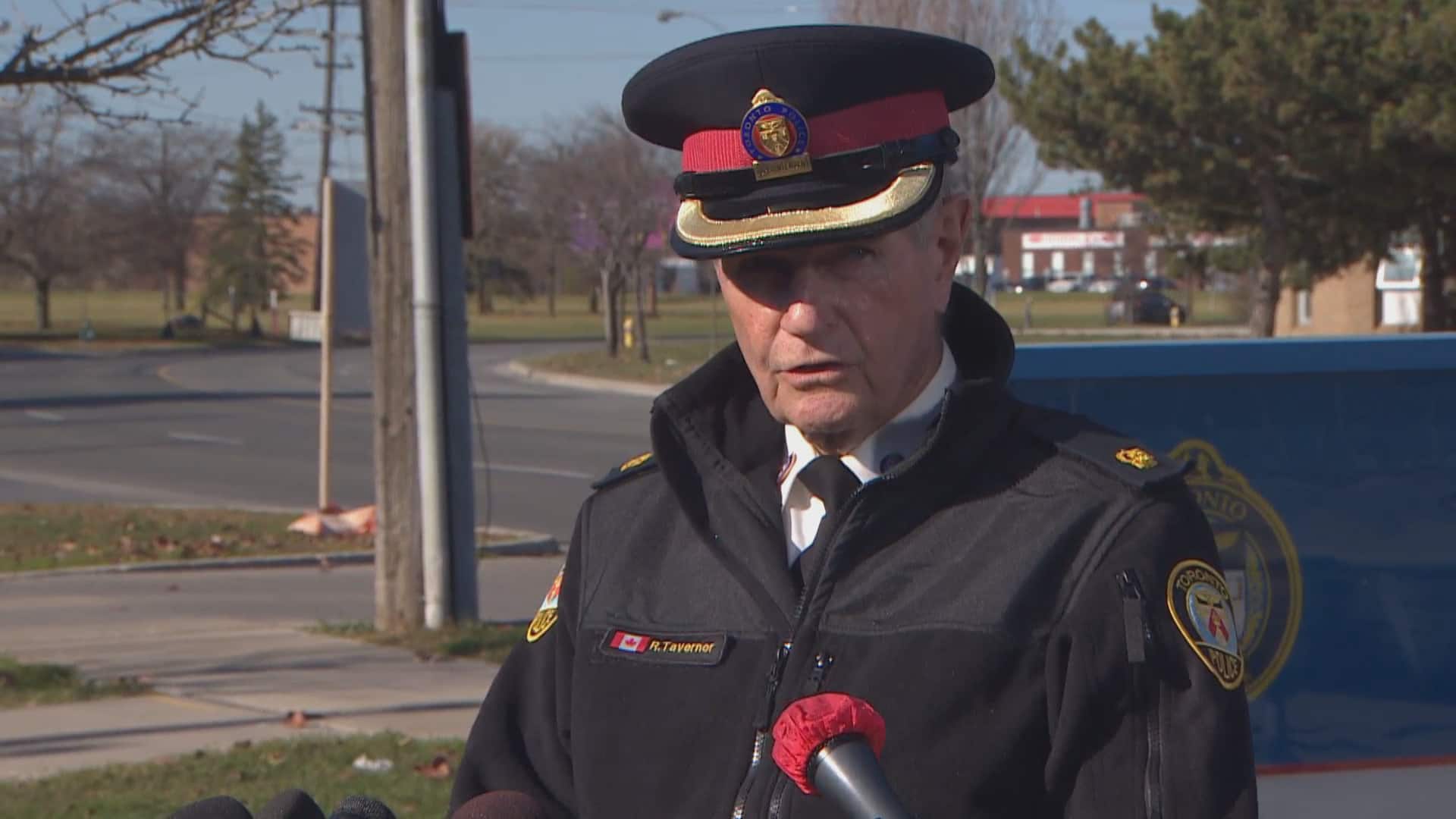 4 months ago
1:38
Toronto police Supt. Ron Taverner says there has been “outrage” in the North York community where a 12-year-old boy was hit by a stray bullet during a shooting last weekend. Police said Thursday that the boy died, and charges against two suspects have been upgraded to first-degree murder. 1:38

Three people in that car were hit — two young people found later in stable condition, and a 17-year-old who suffered more serious injuries. All three have been released from hospital.

The 12-year-old, who was described as being in the "wrong place at the wrong time," was on Jane Street with his mother when he was struck.

Police announced earlier this week that a 24-year-old man and a 25-year old man were arrested in connection with the incident. Those charges were upgraded Thursday.

Rashawn Chambers, 24, also faces 29 charges, with first-degree and attempted murder, as well as aggravated assault among them.

In the aftermath of the shooting, there have been calls from local community leaders to better support the Jane and Finch area as it contends with both high COVID-19 rates and gun violence.

Interim police chief James Ramer and Mayor John Tory had visited the area on Sunday to talk to community members, with Tory saying he was there to "listen and to see if we can find a better way to deal with these problems."

In a statement issued Thursday, Jane Finch Action Against Poverty said the organization was deeply saddened to learn of the boy's death.

"We extend our most heartfelt sympathies and sincere condolences to his family, friends and everyone in our community who are grieving this hard loss," the statement says. "We once again reiterate that when anyone picks up a gun, and takes to shooting in the middle of a Saturday afternoon, that this is a collective failure of our society.

"We need to continue to take care of each other the best we can. We continue to demand social and economic justice so we can build a healthier and safer society for our children and families."