Former Amazon vice-president Tim Bray says he never expected the attention he got after resigning to support three fired employees, and at first, he was hesitant to speak about it publicly. But now, he wants the world to know: "This isn't just an Amazon problem."

Bray announced his resignation from Amazon in a blog post on May 1st, writing: "I quit in dismay at Amazon firing whistleblowers who were making noise about warehouse employees frightened of COVID-19."

He said the company's actions were "evidence of a vein of toxicity running through the company culture."

Amazon says that the three workers in question were not fired for speaking up, but for "violating internal policies," and that the company is "committed to ensuring a clean and safe workplace."

New York's Attorney General is now investigating one of those cases.

Bray worked in progressively senior positions in the tech industry over four decades and wound up in a coveted senior engineer position at Amazon. Quitting that job will likely cost him around a million dollars, he said.

"Firing whistleblowers was just out of bounds for me," Bray told The Weekly with Wendy Mesley in an exclusive TV interview. 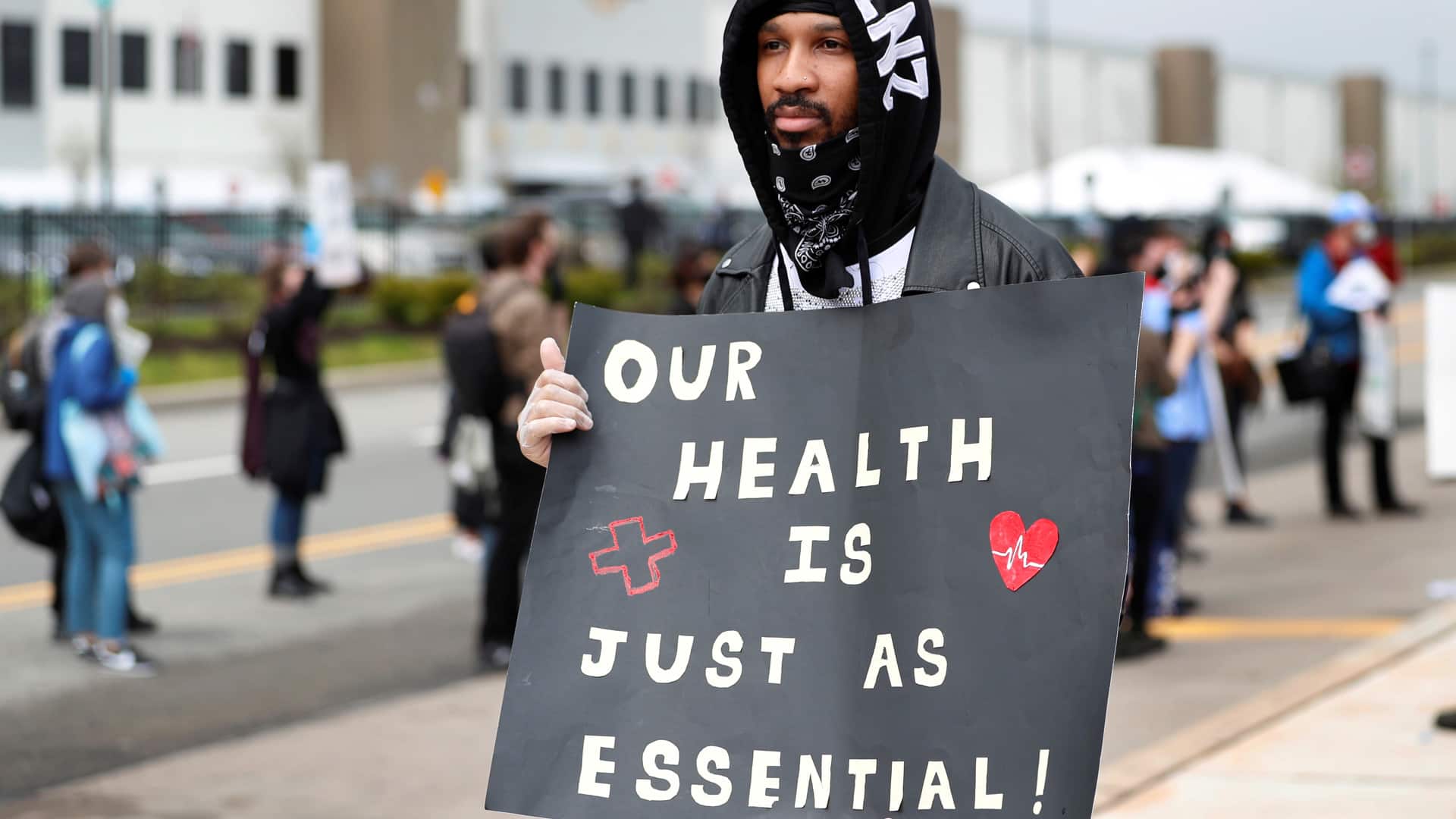 10 months ago
2:08
Former Amazon VP Tim Bray spoke to Wendy Mesley about his decision to quit in support of the COVID-19 'whistleblowers' concerned about safety at Amazon warehouses, and why he thinks "this isn’t just an Amazon problem". 2:08

But he's quick to admit that Amazon is the best-managed company he's ever worked for.

"They're always talking about customer obsession, and they really mean it," he said. "We all love the speed and convenience of what Amazon offers."

The problem, he says, is that there is nothing in place to stop them from taking advantage of low-level employees to turn a profit.

"Our whole economy is focused on growth and efficiency, and the stress and strain on the people at the bottom of the pyramid just doesn't bear enough weight in that equation," he said.

Bray believes the COVID-19 pandemic has thrown a "harsh light" on power imbalances in Canada and the United States.

"The people who are talking about the urgent need to restart the economy aren't themselves offering to go out and work in the warehouses. They're saying, 'You worker-bees go back and face COVID, and let's see how that works out,'" said Bray.

In general, available data does tend to show a strong correlation between higher income levels and the ability to work from home during the pandemic.

During the second week of April, for example, there were one million people in low-wage, non-unionized, hourly paid jobs in Canada who worked at least some hours, and 89.1 per cent worked at locations outside the home, according to Statistics Canada.

And while the Canadian government hasn't compiled official numbers, individual reports suggest many essential workers have died from COVID-19 in Canada.

As of today, four workers at meat packing plants have died from COVID-19 in Alberta and Ontario, as well as 10 Toronto taxi drivers, an Ontario grocery store employee, an employee at a dairy facility, and at least nine health-care workers, including two hospital cleaners.

Amazon under fire from activists, politicians

Amazon stirred up more controversy this week after it announced it would be ending its "hero pay" that was granted to essential workers in recognition of hazardous working conditions.

"We are grateful to associates supporting customers during a time of increased demand, and are returning to our regular pay and overtime wages at the end of the month," an Amazon spokesperson said in response.

Meanwhile, Amazon workers around the world are still dealing with COVID-19 outbreaks in their warehouses— including here in Canada.

The company has not released its internal coronavirus data, so some workers have taken action to compile their own unofficial tally, listing over 1,000 cases among U.S. Amazon workers and 7 deaths. Seventeen Canadian cases are also listed.

Celebrities, activists, and progressive politicians have been quick to weigh in.

Here's unfettered capitalism at work. Jeff Bezos, the owner of Amazon, has increased his wealth by $30 billion during the pandemic. His response: end the hazard pay increases that Amazon warehouse workers have received, despite hundreds of them being infected with the virus.

"I think anger or outrage is a perfectly reasonable reaction to this [inequality of income and power]," said Bray.

But he doesn't think Amazon is the problem.

Whether it's Amazon, Tesla, or Google — Bray believes that many companies are just too big to operate at a human level, and the only way to make sure workers are protected is by forcing companies to do so.

"If we want to address these problems, we have to fix the laws," he said.

A farewell to big tech

"I was one of the people back in the day who helped build the internet. So I have to share responsibility for what it's become," he said.

So what's next for the former high-level engineer?

"Well, nobody's ever going to pay me to sing a song or write a poem. So I'll find something to do [with technology]," he said.

"But I suspect I will never again be a full-time employee of a large tech company."

With files from Vincent Leclair