Many of the recent changes in the aviation industry in northwestern Ontario can be attributed to growth in the industry, according to one aviation insider.

Many of the recent changes in the aviation industry in northwestern Ontario can be attributed to growth in the industry, according to one aviation insider.

"Whether it's because of all the retirements, or whether it is just the economic boom that we're currently in, I don't know, but every student that's leaving at the moment has a job," said Paul de Oude, the Chair of Operations in the School of Aviation at Confederation College.

"We're seeing the results of that locally, and I'm very happy to see that."

de Oude said the school graduated 33 pilots this year, with every one of them being employed, many in Yellowknife. 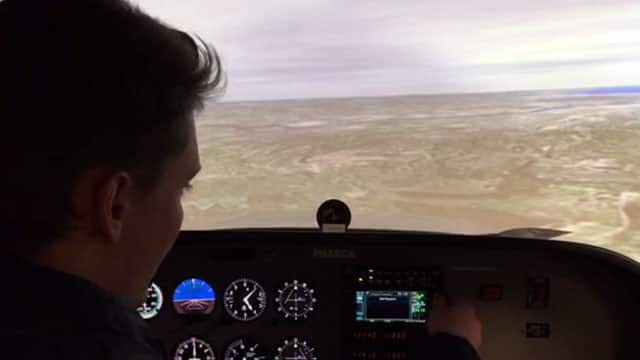 Recently, Bearskin Airlines announced it was merging with Perimeter Aviation in Winnipeg. That commuter airline said it was also expanding its route network to fly to more remote communities in northwestern Ontario.

Bearskin also announced it has become part of the Jazz Aviation Pathways program, where pilots with Bearskin could be provided with direct path entry jobs into the larger airline.

Wasaya Airways also announced it purchased two aircraft to specialize in cargo shipments. Employees were recently told their wages would be rolled back by five percent.

North Star Air and its affiliate, Cargo North were also purchased in April by the North West Company, a retailer based in Winnipeg. That acquisition is valued at $31M.

"It used to take about five years before you were even considered for the medium airlines. Currently, that's happening after two to three years. So, the industry really needs pilots."

"And only after three to five years will they go into the airline business, where we see all of the changes at the moment. I can only attribute that to the boom that's going on. There's a lot of economic progress in the aviation industry right now."