An American researcher says First Nations women from Thunder Bay, Ont., have been sold on ships in the harbour at Duluth, Minn., a notorious trafficking port. 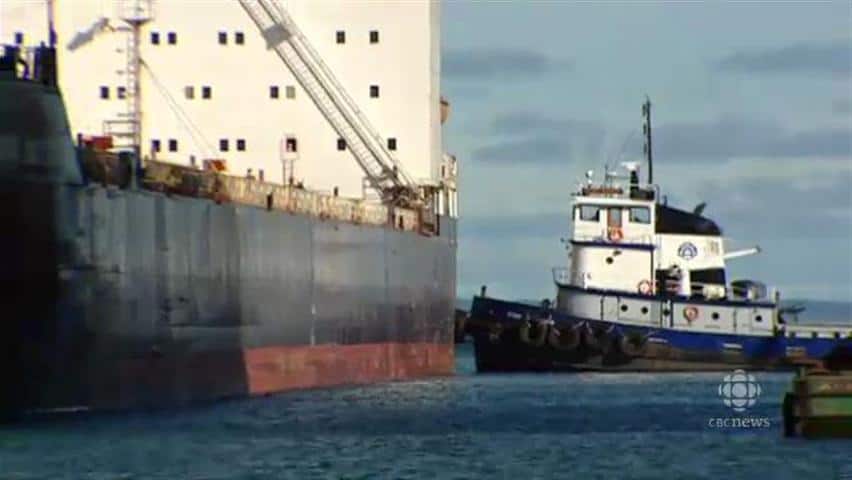 An American researcher says First Nations women from Thunder Bay, Ont., have been sold on ships in the harbour at Duluth, Minn.

Christine Stark said the port at Duluth is notorious among First Nations people as a site for trafficking women.

The masters student at the University of Minnesota Duluth said she has anecdotal reports of women, teenage girls and boys, as well as babies being sold on ships for sex.

"The women and children — and I've even had women talk about a couple of babies brought onto the ships and sold to the men on ships — are being sold or are exchanging sex for alcohol, a place to stay, drugs, money and so forth.," Stark said. "It's quite shocking."

Stark said the sex trade on ships has been going on for generations, and includes Indigenous women from Canada.

"I have spoken with a woman who was brought down from Thunder Bay on the ships and talks about an excessive amount of trafficking between Canada and the Duluth-Superior harbor," Stark said. "There is a very strong link between Thunder Bay and Duluth."

Her current research is an offshoot of a 2007 report on prostitution in Minnesota, in conjunction with the Minnesota Indian Women's Sexual Assault Coalition. That report included interviews with 105 indigenous women in Minnesota who have been trafficked in the sex trade.

Stark said the stories that "women get brought out onto the boats and never come back" that she heard as part of that study begged further exploration. She's currently conducting interviews with 15 people to learn more about what happens on the ships.

The Ontario Native Women's Association (ONWA) said it also has anecdotal reports of women being trafficked across borders,or provincial boundaries, into the sex trade.

"We know that it's happening between Winnipeg and Thunder Bay, and there have been reports of it happening in southern Ontario across the U.S. border," said Kezia Picard, the director of policy and research with ONWA.

But Picard said more funding is needed for more formal research into how women are being spirited away.

"Another thing we're really trying to advocate for is additional research to understand what's happening and what sort of programs help women in this sort of situation to prevent it from happening," Picard said.

However, Picard said some of the reasons First Nations women are vulnerable to sex trafficking are all too familiar in indigenous communites.

Picard said the ONWA hopes to work with organizations in Minnesota and Manitoba to learn more about the cross-border sex trade, and explore ways of keeping indigenous women and their children safe.