Biitigong Nishnaabeg, a community located about 320 kilometres east of Thunder Bay, Ont., is collaborating with Lakehead University on a land-based pilot program at the Masters level.

Taking students on the land to learn traditional skills 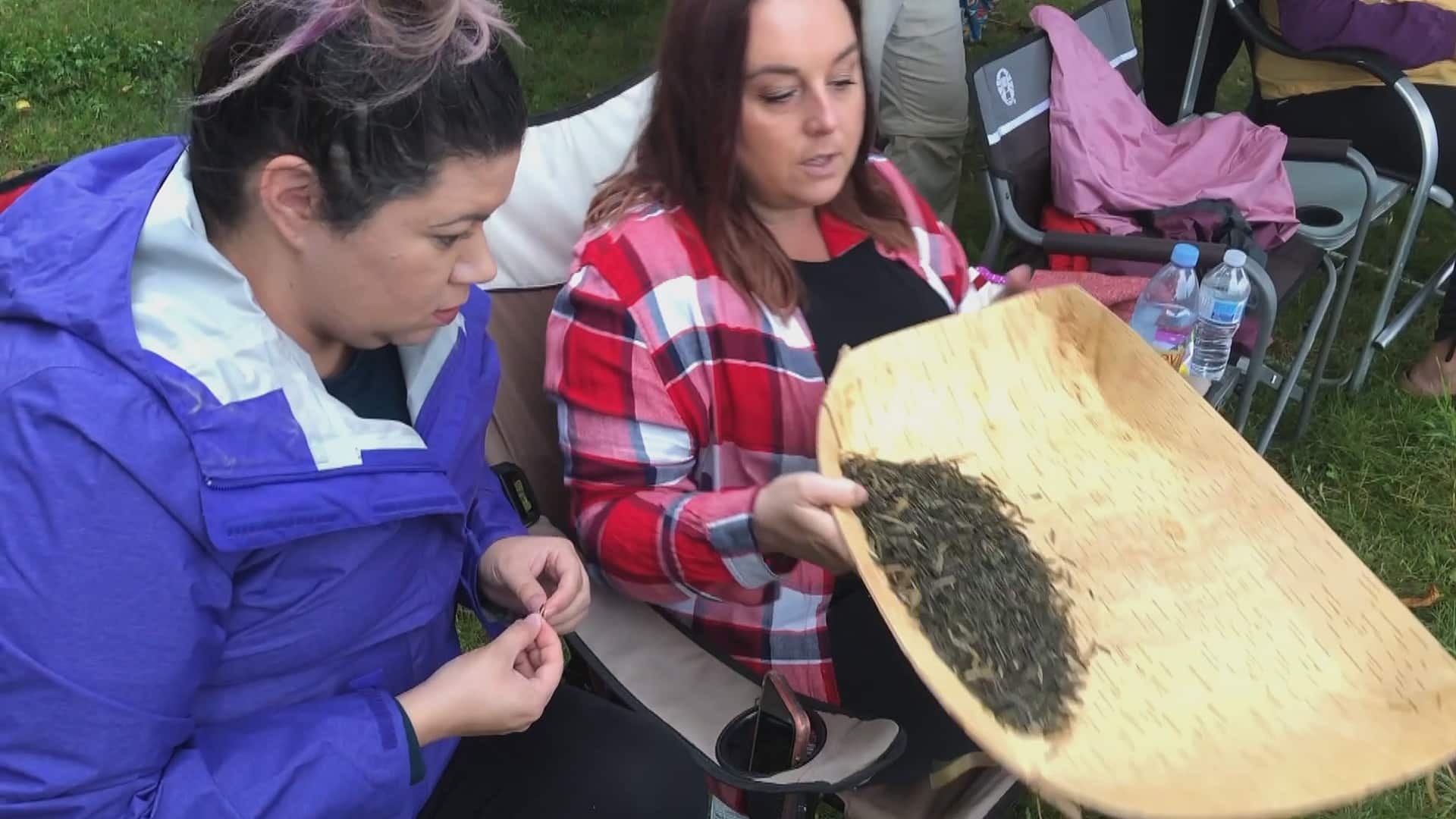 10 months agoVideo
4:51
Wild rice harvesting is one of the courses in a pilot program between Lakehead University in Thunder Bay and Biitigong Nishnaabeg, a northwestern Ontario First Nation, where part of the curriculum includes taking students out on the land to learn from elders and knowledge keepers. 4:51

Biitigong Nishnaabeg, a community located about 320 kilometres east of Thunder Bay, Ont., is collaborating with Lakehead University on a land-based pilot program at the master's level.

The first cohort in the program consists of mainly teachers at Endzhi-gkinoohmaading, the elementary school in Biitigong. Lisa Michano-Courchene, the Director of Education, says the community has been incorporating more and more land-based learning into its curriculum over the last five years for its kindergarten to grade eight students.

"We're moving toward more land-based activities and connecting the students to their land, to their language to form that identity and to form that foundation that is really required for anyone to be successful in whatever they choose to do.

Michano-Courchene added, "I guess also with that challenge includes trying to find a balance between Westernised curriculum and the traditional knowledge that needs to be passed on to the students."

Michano-Courchene said she then realized that to meet the education aspirations of her community they also needed to train their teachers in what land-based learning means to the community of Biigtigoong.

That's when she approached Lakehead University with the idea and a pilot program was developed with the first course taking place in 2019 fall session.

"We've sort of jumped in with I think a lot of trust on both sides," Paul Berger said. The Chair, Graduate Studies & Research in Education at Lakehead, said the curriculum was quickly adjusted to meet the needs of both sides.

"The instructors and the lead people in the community decided that rice harvesting could be part of that. And we did the risk management stuff incredibly quickly and boom they were on the land."

In September 2019, a group of students in the first cohort of land-based pilot program were taken to Whitefish Lake, about 60 kilometres west of Thunder Bay.

Rhonda LeClair is a teacher in Biigtigong Nishnaabeg, with family ties in the Seine River First Nation. For about a decade she has been re-learning how to harvest wild rice, a traditional practice in her family.

"My family has been harvesting here at Whitefish Lake for generations, my mother learned it as a young child and with the interruption of our ways with residential school there was a gap in learning those teachings," Leclair said.

Harvesting wild rice is a labour-intensive process, starting with canoeing into a stand of plants, where one person paddles the canoe through the stalks of wild rice, and another person, the harvester, knocks the ripe grain heads into the bottom of the canoe using two small wooden poles or sticks called "knockers."

Once back on land the grains are spread out on a tarp to air dry before stray stems of grass, stalks and rice worms are handpicked from the harvested grains.

The cleaned grains are then roasted in a large metal pail on an open fire. Parching the rice destroys the inner kernel of the rice seed and prevents the seed from sprouting so that it can have a longer storage life.

And the final step in the process is winnowing the rice to remove any remaining chaff before it is stored away.

LeClair was told by her grandparents that it wasn't an easy process, but those warnings didn't deter her. "I remember bringing the rice to Seine River and my grandparents were there, and they kept telling me it's hard work, it's hard work to do this. Are you sure you want to do this and it's like yes I do," LeClair said.

"So my grandmother would sit with me and watch me row, she would show me, my grandfather sitting at the window watching, so I always feel they are always with me and guiding me. So from that time I took it on me to learn more of our ways come out to Whitefish Lake and learn the whole process, so I've been doing it for a good ten years."

Amy Michano is a teacher and the vice principal at the elementary school in Biitigong Nishnaabeg and one of the students in this first cohort taking the land-based pilot program. She said the program validates the work Biigtigong is doing with their education program. "So I work on the reserve I grew up on and in the school that I went to school in, so we would really really like want to change the face of what schooling meant, because it's completely different now, Michano said.

"With the land-based education program you definitely can see differences ... So as soon as the kids are out on the land their demeanour just completely changes and just having something like this, having it validated just means so much more to them because now we can actually prove to say that this is invaluable."

"So with Indigenous education it's kind of changing that lens and perspective and really they just want to be accepted, they want to know their stories that their Nookimis and their Mishoomis have said that they are actual stories that are meaningful for them."

Marlo Sobush is from the Lake Helen First Nation and is another one of the students in the first cohort of the land-based pilot program. She's a SERT, or special education resource teacher, at Johnny Therriault School in Aroland First Nation.

Sobush said she was excited to be part of the land-based Masters program.

"We have a Choose Life program in the community which is strictly a land-based program. So I thought, how could I not participate in such a wonderful opportunity to be able to bring these teachings back to not only my colleagues but the children."

For Sobush she's left asking, what took so long to create such a program.

"Doesn't it just make you think, 'my goodness why couldn't we have done this so many year ago' and that western thought process is so certainly so evidenced still in all of our schools and even on our First Nations to be very honest, but this is just such an experiential opportunity to just be able to work with your hands and have that connection to what Mother Earth and the Creator has given us."

Sobush said the things she's learning now will change how she teaches her students going forward.

"I think we really need to think about them as Anishnaabe people and the traditions that we were given so long ago, and that we have to break the cycle of colonialism and really really focus our attention on them being able to experience what our grandfathers were supposed to teach us."

Michano-Courchene, the Director of Education at Biitigong Nishnaabe, said it's extremely important for the students in her community to see that the traditional knowledge is as important as the lessons they see in books.

"The traditional knowledge, the history, the skills, it really is about forming their identity, the language, their language, their nation. And in order to be successful anywhere in life students really need to know where they come from."

Michano-Courchene said understanding who they are as an Anishnaabe person is a big focus in developing the curriculum for the students at the school in Biitigong Nishnaabeg.

"For them to get to know that the knowledge that their relatives and their ancestors have and did have in the past is just as valuable as the Western knowledge out there being presented in books."

This is the first in a five-part series examining this land-based learning initiative.  You can learn more in the following stories: 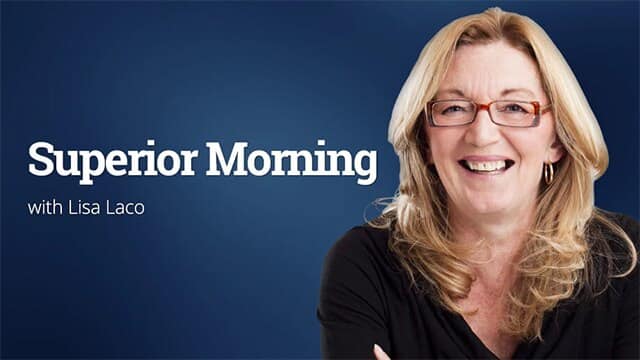 Superior Morning8:14Wild Rice Gathering
A northwestern Ontario First Nation and Lakehead University are collaborating on a new master's-level, land-based course. Part of that course includes taking the students out on the land as part of their education. We'll take you out as students learn about harvesting wild rice. 8:14
CBC's Journalistic Standards and Practices|About CBC News
now