Day 1 of provincial border checkpoints goes smoothly for OPP, cause of frustration for some Kenora residents 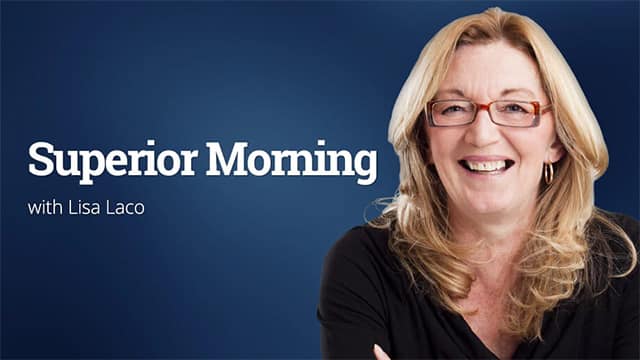 4:59OPP Cst. Jason Canfield: Border Restrictions
Non-essential travel from Ontario's neighbouring provinces has been cut off as of yesterday. Hear from an OPP Constable in Kenora about how the police are enforcing the border restrictions, and what travellers can expect to run into. 4:59

OPP officers in Kenora Ont. said there's been a noticeable decrease in traffic into the province from Manitoba so far, adding that only four vehicles were turned away Monday.

"We did have a few people that did have cottages here that, you know, needed kind of what was deemed, I guess, essential work ... so there were people like that. There's people that were from Ontario coming through, as well as people from out west that may have lost jobs. Just heading back home, whether it be to Quebec or southern Ontario or even out to the east coast," explained OPP Cst. Jason Canfield, who was at a checkpoint Monday.

In an interview on CBC's Superior Morning, Canfield said officers did encounter multiple "work vehicles" travelling from Manitoba to Ontario, adding that most of them were a part of the construction industry. He said tractor trailer units also were on the road, which are diverted from the checkpoint to keep traffic moving efficiently.

Essential travel purposes that allow people to travel into Ontario include someone moving to Ontario, those travelling through without "unnecessary stops" to reach their home in another jurisdiction, or for work or essential purposes, such as trucking or health care.

For Kenora resident Michelle Guitard, the latest restrictions mean more time will be spent "hunkered down," even though a big part of her life resides on the other side of the Ontario border.

In the last year, the couple and their kids have only been able to see each other five or six times due to provincial quarantine restrictions. She said the latest change to restrictions adds another layer of difficulty.

"Last week I felt somewhat deflated I think, with the new announcements from the government just with the kids you know going back to online learning and you know, all of the restrictions. It's just hard. There's no other way to describe it," she said.

Guitard said because she and her partner are not considered to be in a common-law relationship, they are unable to travel to each other with the new border restrictions.

She said the latest lockdown and restrictions at the border makes things seem "hopeless," adding that she thinks the government missed the mark when it closed the border to non-essential travel.

"A lot of things that are handed down to us in northwestern Ontario that come from Toronto and we couldn't be further away and be experiencing things in a lot different sort of capacities from down there," she said.

Viinikka explained that for many people in Kenora, travelling to Manitoba was a normal part of life before the pandemic, adding that she also has family in the neighbouring province.

"Of course I don't want the border closed, but I can't go there anyway, so whether they put some OPP over there, we're not going and nobody's really coming to Kenora anyways, you'll see the occasional Manitoba license plate here or you'll see lots, but in general everyone's doing their social distancing," she added.

When asked if travel to or from Manitoba has been the cause for increased cases in the Northwestern Health Unit catchment area, Dr. Kit Young Hoon, medical officer of health, said that kind of data has not been collected though the pandemic.

Young Hoon added that travel related cases continue to occur in in the health unit's catchment area, adding that the main concern with travel is the risk of introducing variants to the area.

"We've had a number of situations where cases were related to travel to Manitoba. And sometimes it could be either situation, either someone visiting and coming back or someone visiting from that area," she said in a media conference Tuesday.

"Likely with any of these measures there's some benefit because there are some people who have likely have chosen to travel for non-essential reasons. And so that might be helpful in stopping that type of travel. So at this point it's really hard for me to comment on the usefulness of that policy," she added.

With files from Amy Hadley and CBC's Superior Morning