People across northern Ontario were thrilled to find blueberry patches bursting with colour and rich, round berries this year, especially after a particularly bleak season in 2021. Meet three people who are reflecting on the blueberry as a cultural touchstone in northern Ontario.

People across northern Ontario were thrilled to find blueberry patches bursting with colour and rich, round berries this year, especially after a particularly bleak season in 2021.

Last year, much of the region was ravaged by forest fires, and the dry summer season led to many barren patches, in turn leaving some wildlife without a food source and some communities void of carrying out tradition.

"Even through the winter … there was just so much snow and it was so crazy, and the spring was so powerful with its water," said Shelby Gagnon, an artist and community organizer from Aroland First Nation.

"I just had a feeling that it was just gonna be pretty abundant. I was really hopeful that there would be an abundance of, you know, food on the land and berries," she added.

Gagnon is one of many people celebrating the strong, and particularly long, blueberry harvesting season in the region this year. The tradition, rooted in Anishinaabe heritage, allows some people to feel closer to their culture.

"When I think about the blueberry, I initially think of the bear … but I also think about family and kin. Growing up I would always go blueberry picking with my family. It's definitely one of my most cherished memories of growing up," said Gagnon.

"I think about my community, Aroland — they're known to be called the blueberry people just because of the abundance of blueberries in the area."

Gagnon said she's working on learning more about traditional practices when it comes to harvesting food on the land, through her role with the Indigenous Food Circle in Thunder Bay Ont., and also through her own journey of cultural reclamation.

"I've had the privilege to learn more in depth about the 13 moons, and with the 13 moons, it's around July that that's the Berry Moon … that's when all the berries are around the land and ready to pick. So just learning that recently of honouring that moon that comes every year and honouring all the different types of berries … it's a very meditative way to be with the land," she explained.

Across the region, in Wikwemikong Unceded Territory, Dominic Beaudry has also been using ideas and traditions surrounding food items, like the blueberry, as a tool for cultural revitalization.

He uses Twitter to share words of the day, specifically focusing on the Ojibwe language, creating engagement while also transcending communities and cultural backgrounds.

Language 'an eye' into other cultures

"I really enjoy doing that, because it allows me to engage with folks from all over Ontario, or all over Canada or all over the world for those that want to learn more about the language," Beaudry said.

"I like to use that word. It allows me to engage with more folks that want to learn the language because they think it's an extremely long word, and they become very intrigued and want to learn more about the rest of the language," Beaudry said. 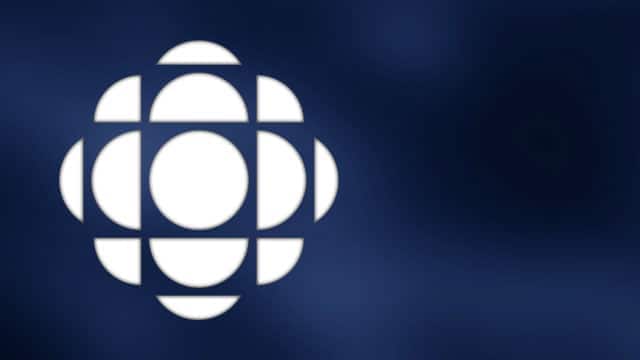 Beaudry said sharing words like this one both generates interest in the Ojibwe language and acts as a pathway to have conversation about cultural history.

"People have been harvesting blueberries for a very long time. It's just one of their staple foods," he said. "A lot of the First Nations in the past were not so much hunter gatherer societies, but they are more or less agricultural communities, probably before the contact period."

Beaudry said history carries on through names of people and places in the region, with many popular surnames referencing food or food skills.

"When you learn the language … It's an eye, it's like a perspective and into another culture's worldview. So when you begin to learn about the language of berries and agricultural foods, it gives you a different perspective of who Ojibwe people were."

Carrying on those traditions is an important goal for Joe Wesley in Lac Seul First Nation, where he works as an outdoor and cultural educator teaching land-based skills to children.

Wesley said that in his part of the region, blueberry season was exceptionally long this year, with picking going on well into September. That also allowed for some of his students to make it out into the bush before the foliage began to change to its usual fiery red colour.

"One of the little kids said that they're going to remember that for a really long time, and it was just something as simple as going to go pick some blueberries," he said.

Wesley and his colleagues will use activities like picking berries as a way to teach land-based skills, and teach about honouring and protecting the land, something he said is becoming increasingly important in the face of clear-cutting activity on his First Nation and as the climate changes.

"For us to be able to to listen to our elders, the ones that have been out there, the ones that know the areas. To be able to keep at it, and keep talking to our children and our grandchildren, and teaching them … about these areas and having their respect for for the land. I really like to encourage people to continue, so that my great grandchildren someday will be able to go and pick blueberries too."

Olivia is a Reporter/Editor based in her hometown of Thunder Bay, Ont. She is proud to live and work along the north shore of Lake Superior in Robinson-Superior Treaty Territory. You can contact her by emailing Olivia.levesque@cbc.ca