Hainey, who was born in Atikokan, got his start in the pool with the town's Nakokita Swim Club in the late 1970s. He relaunched the club a few years ago after it had been defunct for about two decades, and is now coaching a new group of swimmers at their first meet.

"We have an expression: swimming keeps kids clean," Hainey said. "What they get out of it is a very, very structured life. They tend to be better students, there's not a whole lot of room in their life to go sideways."

"They get that structure and parents get peace of mind."

He speaks from experience — his own swimming career was a very successful one.

Hainey said he was born with a disability, and his parents and coach were approached by an official from Thunder Bay who asked if he'd be interested in participating in competitions for athletes with disabilities.

"Originally I had said no, because I hadn't thought of myself as an athlete with a disability," he said. "Once I got past that, I started competing in the Paralympic movement."

Hainey competed at the 1984, 1988, and 1992 Paralympics, winning four gold medals and five silvers, and also raced at the world championships.

"A natural evolution of athletes is for them to go into coaching, which I did part-time while I was going to school, and fell in love with coaching as I did in swimming," he said.

After finishing school, Hainey took over the original Nakokita club, but then had an offer to coach with the Manta Swim Club in Winnipeg in 1997. He accepted, and spent 20 years with that club.

Then, Hainey realized he needed a change.

So Hainey and his family packed up and moved back to Atikokan, where he became the town's manager of community services.

At the time, the Nakokita club had been defunct for nearly 20 years. Hainey soon began to miss being on the pool deck, so he started working at re-launching the club.

"It took a bit of time," he said."I started a couple of camps, if you will, and gave the kids exposure to what competitive swimming was like without competition and the formality of everything."

"COVID really stalled the whole process, we would have been much further along than we are now had it not been for COVID. It really impacted the fledgling program and it impacted a lot of other small programs in Ontario as well."

This weekend, the swimmers are in the pool for their first meet, at the Canada Games Complex in Thunder Bay for the Thunderbolts 50th Anniversary Grand Prix.

Two of the Nakokita swimmers competing this weekend are Nathan Bowes, 15, and McKenna Davis, 14.

Both had their first races on Friday morning, and admitted they were nervous before getting in the pool.

"I had an old suit that I was trying to work with, because I couldn't get another one," Bowes said. "It was too big."

"I finally got one of those, and that's amazing," he said, adding he broke the Nakokita club record in the 50-metre breast stroke.

"I'm not nervous anymore. I know people, and it's fun."

Davis said she was happy to see the re-launch of the Nakokita club, as there aren't many options for organized sports in Atikokan.

"I have a clubfoot," Davis said. "It was supposed to help with my clubfoot. So I joined swimming, originally, for that."

As for the races themselves, Davis also said she was nervous, but got a bit of practice in at a camp held prior to the meet.

"I was getting classified for the para community because of my club foot," she said. "I had a little experience, not very much though."

"We did a small little try-to-beat-your-personal-best race at the end of the camp."

Hainey said he'd rather have introduced the team to swim meets at a smaller event. The Grand Prix is three days long, and includes 250 swimmers from across the northwest, as well as Ottawa, Winnipeg, and Minneapolis.

"We've been doing race rehearsals since we determined that we were going to come to this meet," Hainey said. "I tried to give them a sense of what the atmosphere is going to be like.

"Normally, I would have taken them to a smaller meet in Dryden for the day. For me, it's like they're thrown right into the — pardon the expression — deep end here."

"Fortunately, they can swim."

For Bowes, the weekend was off to a good start.

"I had some doubts a few months ago, and I've been kind of doubting staying swimming," Bowes said. "But now, with this? I love every second of this, and I like how it makes me feel."

Davis, too, said she plans to stick with the sport.

"You're just very focused on your swimming and trying to beat your own time, and not really about the people around you or getting first," she said. "Well, for us, at least."

For Hainey, restarting the Nakokita club has re-ignited his passion for swimming, and coaching.

"Seeing the kids and the excitement and enthusiasm, and the improvement that they're making each day, just became a motivation that I hadn't had in a long, long, long time," he said. "It's incredibly rewarding."

"I love coaching," he said. "It's a fantastic hobby now instead of a career."

"And these kids that I'm coaching at the moment are wonderful, absolutely wonderful kids." 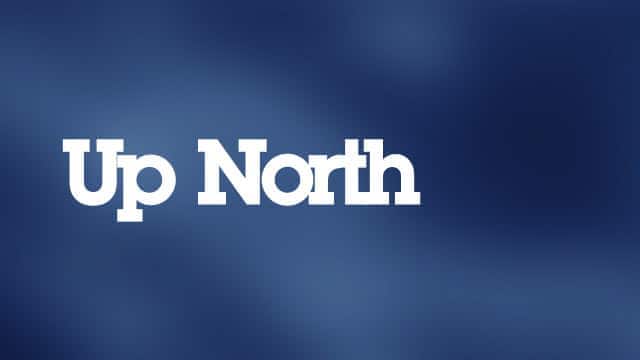 Up North7:59Atikokan swim team relaunches thanks to swimmer-turned-coach Tom Hainey
Tom Hainey won multiple medals in swimming at the Paralympics, and now he's coaching other young swimmers in his hometown of Atikokan. Hainey just relaunched the local swim club and has 30 swimmers ready to compete this weekend at their first competition.
CBC's Journalistic Standards and Practices|About CBC News
Corrections and clarifications|Submit a news tip|
now