When Flight 752 was shot down, Canadian schools lost some of their best and brightest

At least 19 universities in six provinces lost researchers, professors and students when Flight 752 was shot down near Tehran. Colleagues of three of those individuals describe what they were like, and the incredible contributions they were making through their work.

Colleagues of three victims describe what they were like, incredible contributions they were making

The tragic loss of Ukrainian International Airlines Flight 752, shot down near Tehran killing all 176 on board, has had a terrible impact on friends and family, and also on Canada's academic community.

At least 19 universities in six provinces lost researchers, professors and students in the disaster. Their expertise ranged across diverse fields, from engineering to medicine, and business to biology.

CBC News spoke to colleagues of three of those individuals about what they were like, and the incredible contributions they were making through their work.

The 36-year-old moved from Tehran to Winnipeg in 2010 to pursue a PhD in immunology at the University of Manitoba, after a chance encounter with a Canadian researcher visiting Iran.

Jude Uzonna, a professor of immunology and medical microbiology, met Khadem 10 years ago at a conference in Tehran. He says he was so impressed by her energy and intelligence, he offered her the chance to study in Winnipeg.

Khadem's background was in plant biotechnology, but working in a completely different field didn't seem to faze her. She jumped at the opportunity.

"She excelled," said Uzonna, who became her PhD adviser. "She was a very bright student."

Khadem's PhD focused on visceral leishmaniasis — a deadly parasitic disease that affects people in nearly 100 countries. She discovered where and how the parasite hides in the body, including inside liver cells.

This research could be life saving, according to Uzonna.

"The type of disease she worked on is lethal. It's fatal if not treated," said Uzonna. "She was able to find this pathway, and that if you block this pathway and target these particular cells, you can cure it."

Khadem's findings were featured on the cover of the American Association for the Study of Liver Diseases' Hepatology journal in 2016.

"How many people get their work on the cover of the journal?" said Uzonna. "I've trained seven or eight PhD students —  only her work has made it onto the cover of a journal."

After graduating, Khadem worked at MITACS, a Canada-wide non-profit that makes connections between industry and researchers. But her link to the University of Manitoba stayed strong, and on Jan. 17 a vigil for Khadem was held on campus.

"She loved the university and she loved science," said Saeid Ghavami, her friend and colleague. "She was so connected to her professional life that she always felt that university was her second home."

Uzonna says Forough's work lays the foundation for another person to continue with it. "When that person moves forward, she's always going to get the credit."

"That's the beauty of science," he said. "She lives on that way." 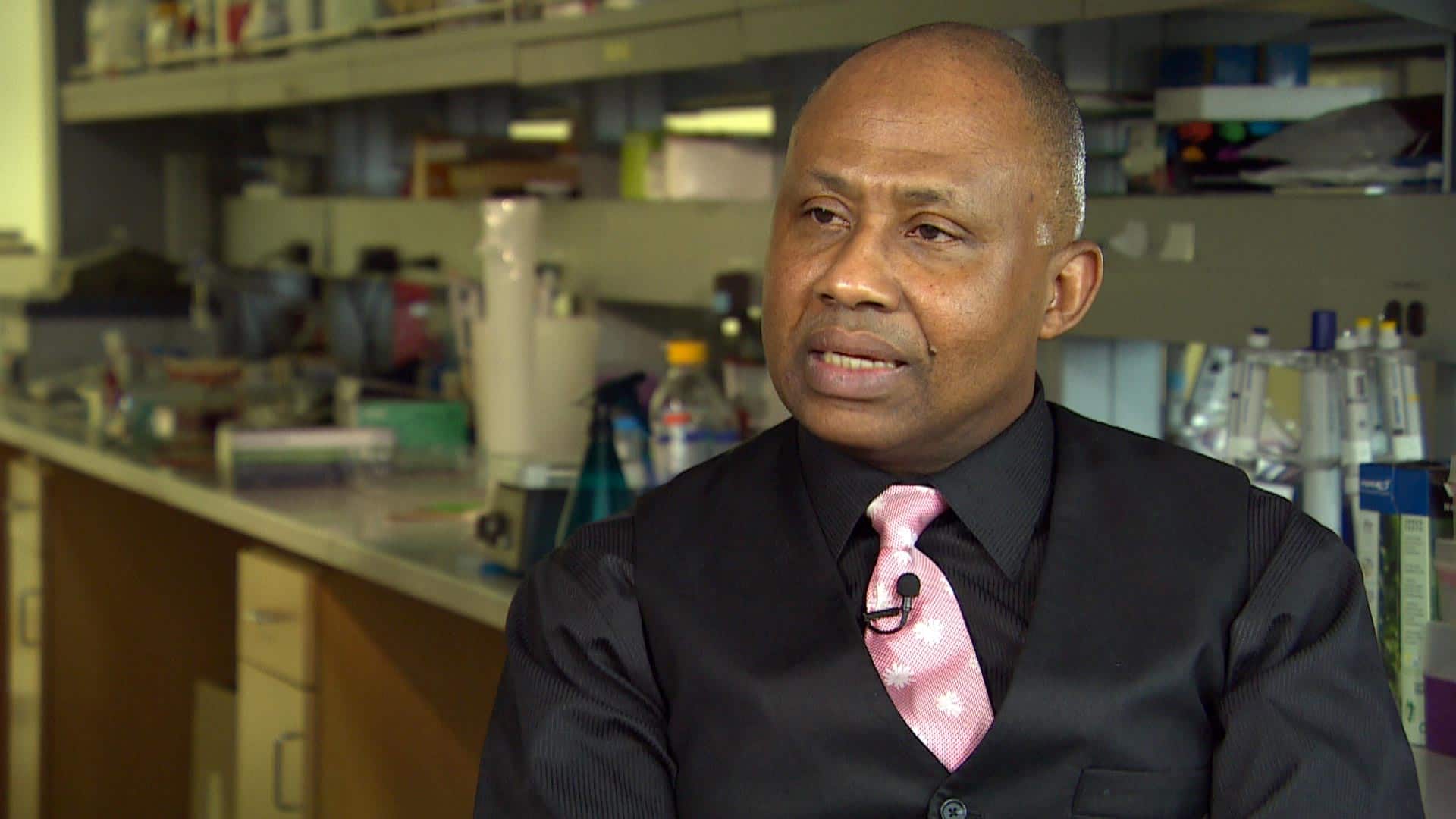 1 year ago
0:32
Jude Uzonna, professor of immunology and medical microbiology and Associate Dean of Research at the University of Manitoba's Max Rady College of Medicine Research, was Forough Khadem's PhD advisor and calls her 'a champion of humanity.' 0:32

Mohammad Asadi Lari was in his second year of an eight-year MD/PhD program at the University of Toronto when he was killed on Jan. 8.

Fewer than 10 students are accepted into the program each year.

"You can imagine, in a program where we're training the next generation of physician scientists that are going to make new discoveries and change health care, there are lots of amazing students," said Dr. Nicola Jones, the program's director.

"Within that group, Mohammad was exceptional. He really stood out."

At 23, Asadi Lari had already accomplished so much.

He started a STEM fellowship five years ago when he was an undergraduate student at the University of British Columbia. The program, which provides youth with tools and skills to help them excel in STEM fields, now has 20 university branches and 15 high school chapters in eight provinces.

He gave a TedX Talk in 2019, urging young people to find what they're passionate about and take action on it.

"He had a way of connecting people and making other people feel great," said Dr. Vipan Nikore, an assistant professor at the University of Toronto.

"He cornered me," recalled Freeland, "and said 'Minister, the government has to do more about this! And I need to meet with you and talk to you about it.'"

Asadi Lari was to decide on his PhD research focus the week after he died. For his friends, teachers and mentors, the loss of his enormous potential in their community is immeasurable.

"People like Mohammad don't come around that often. And to me, there's no question he was going to change the world," said Dr. Nikore. 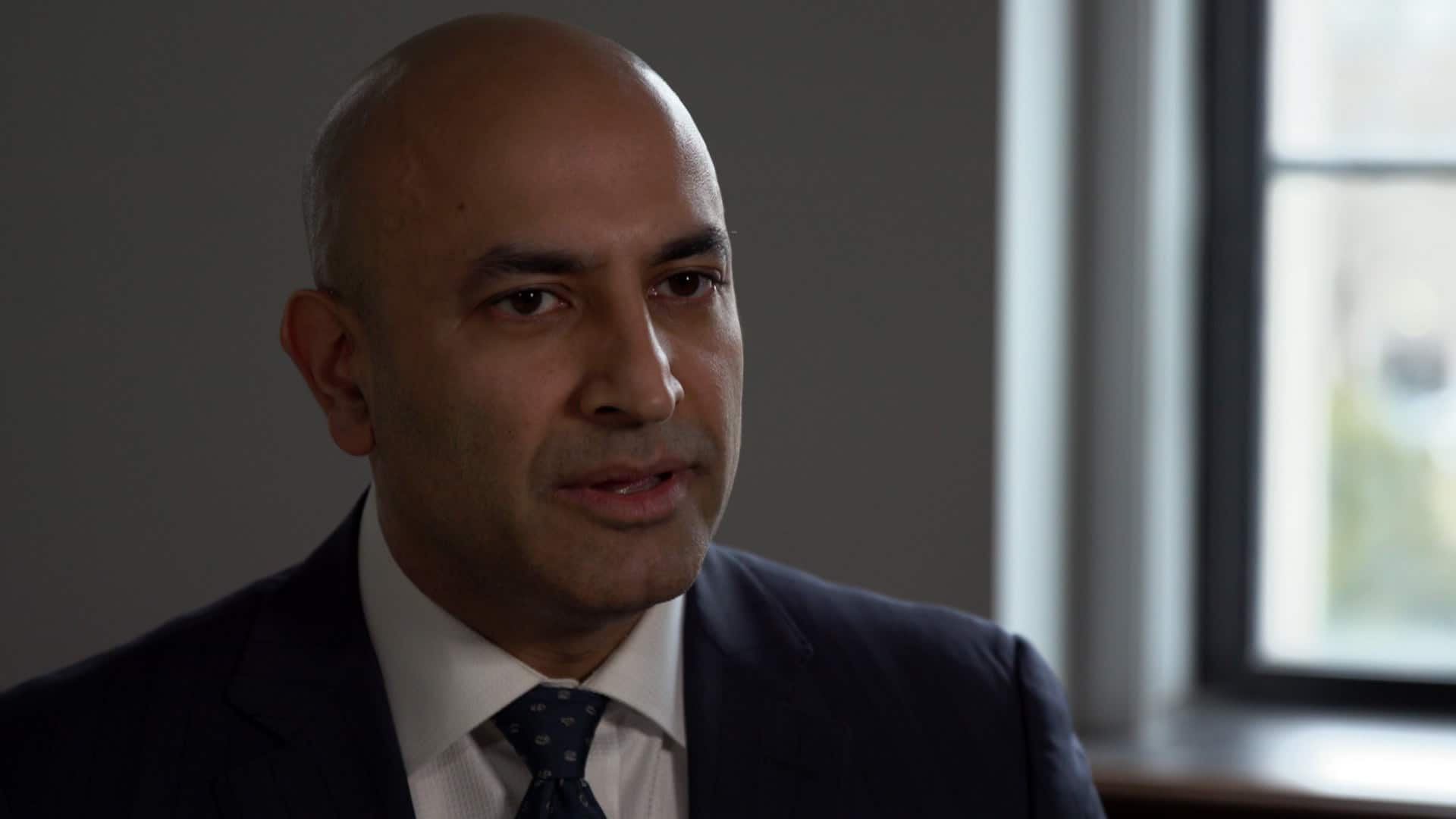 1 year ago
0:40
Dr. Vipan Nikor, an internal medicine physician and assistant professor at the University of Toronto, was a mentor to Mohammad Asadi Lari. Nikor remembers him as someone who was 'going to have such an impact on the world.' 0:40

Zahra Naghibi, a thermodynamicist, was just about to launch two new projects. She was in her third year of a PhD at the University of Windsor when she died.

Naghibi's work in the university's turbulence and energy lab focused on energy consumption in greenhouses. She had just completed the delicate and painstaking task of creating a model of a micro-climate.

"Zahra's model could tell you minute to minute what the energy consumption would be in a greenhouse at any time," said her PhD supervisor, Rupp Carriveau.

"She could also show what was going to happen in the future, which enables you to do things like design a better or more innovative energy supply system."

Carriveau said it was Naghibi's work that facilitated the acquisition of the two large projects for the university. With Naghibi gone, the turbulence and energy lab faces the challenge of carrying on and developing them without her.

Naghibi lived in Windsor, Ont., with her husband, Mohammad Abaspour Ghadi, who also died in the crash.

Carriveau said Naghibi was being courted for various positions in the agriculture and energy industries, and would have had her pick of opportunities when she graduated a year from now.

"As a country we lost so much, when you consider what one life can do," said Carriveau.

"I think we lost a lot as a nation. I can't imagine the collective impact." 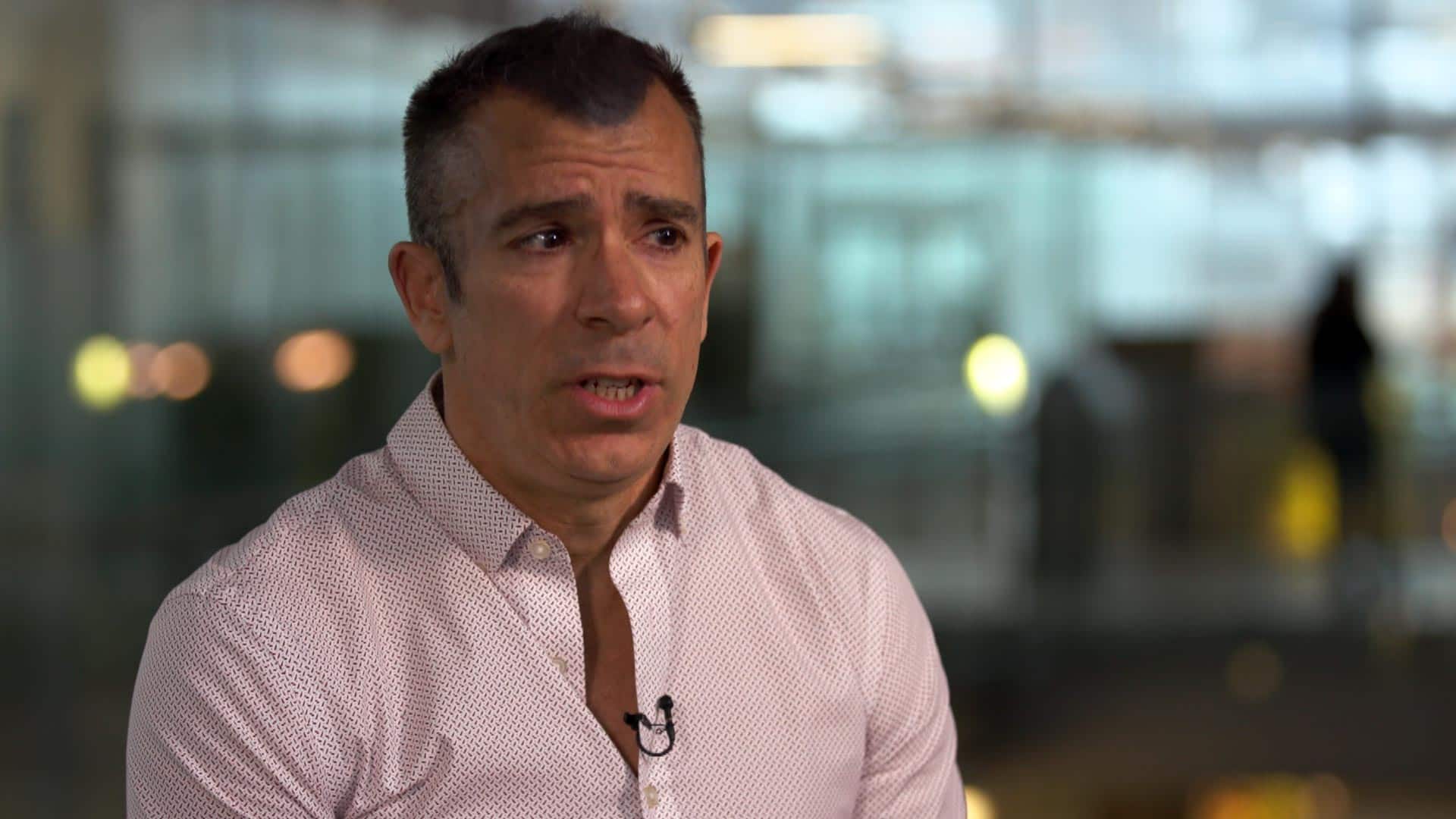 1 year ago
0:36
Rupp Carriveau, professor of civil and environmental engineering at The University of Windsor, was Zahra Naghibi's PhD advisor. Carriveau remembers Naghibi as, 'such an enormous force' in the lab. 0:36

WATCH | The National's feature on some of the people Canada's academic community lost when Ukrainian International Airlines Flight 752 was shot down in Tehran: 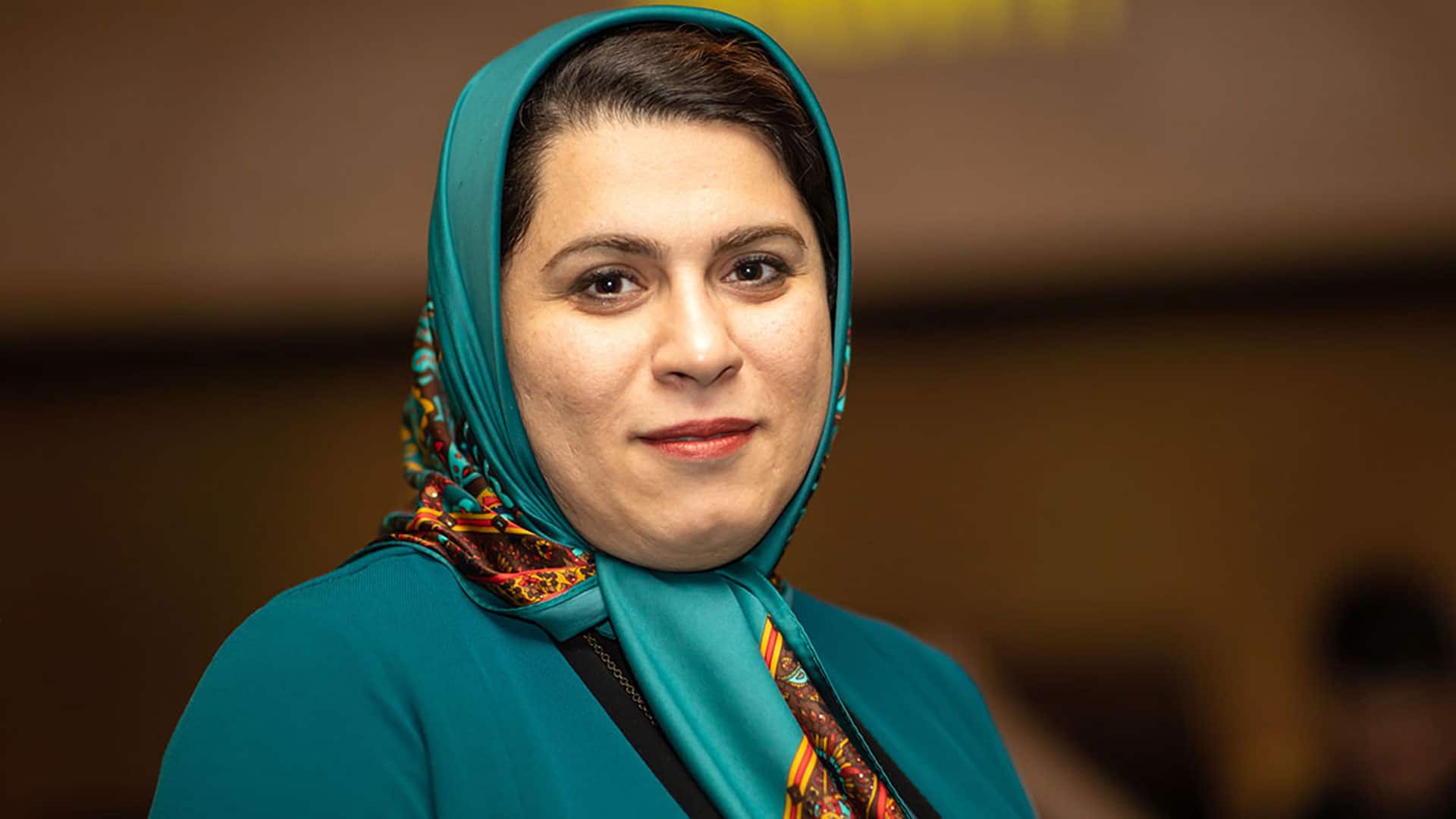 1 year ago
8:51
From pioneering research on greenhouse energy, to fighting a deadly parasite, The National’s Ioanna Roumeliotis looks at three of the bright minds lost in the crash of Flight 752, and how their respective universities are coping with the loss. 8:51