Victims of domestic abuse are encouraged not to discuss it in family court, or risk being accused of turning the children against the other parent.

Amanda had a two-year call history with the domestic violence unit of a B.C. police department and a detailed diary with photos documenting injuries to her and her son.

She also had a letter from the B.C. government's Crime Victim Assistance Program quoting correspondence from police, which said "her file is deemed highest risk, as it has a substantial likelihood of grievous bodily harm or death."

Police recommended charges, but Crown prosecutors said there wasn't enough evidence. They encouraged her to seek protection through family court.

But when she appeared before a judge to stop her former partner from getting unsupervised access to their young son, Amanda said she learned the hard way that talking about abuse can backfire.

"I wasn't given more than a couple of minutes to say anything about the abuse. I think I got maybe to the end of the sentence where I said 'historical domestic violence.' And the judge at the time rolled his eyes and scoffed at me and sat there very silent," she said.

"And at the end of that, I was told by the judge that he believes that I'm alienating my child from his father and I would lose custody of my child if I kept going down that path." Then her lawyer told her not to mention it again, she said.

Amanda is not the woman's real name. CBC News is not identifying her because her case is before the courts. 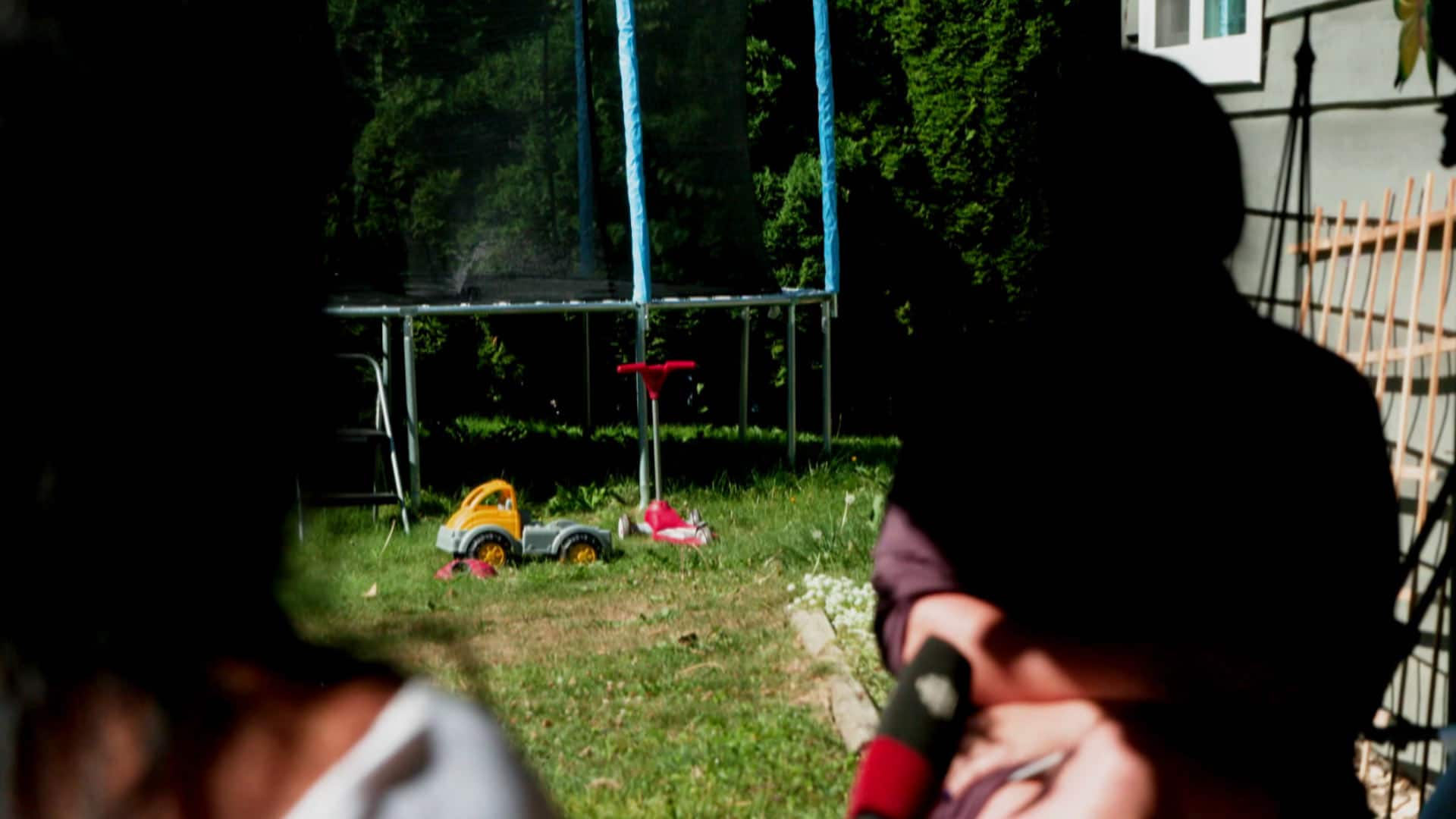 'I was pegged as a parental alienator'

It would not be the first time in Amanda's journey through the court system that she would be accused of parental alienation.

Her story is not unique.

Parental alienation is a concept that is increasingly used in family law. It refers to the process of one parent turning a child against the other and actively seeking to undermine the relationship in the context of a hostile separation.

But some legal advocates are warning the concept is being weaponized as a way to prevent survivors of domestic violence from talking about it in child custody cases.

"What we're seeing in practice is that parental alienation claims are being brought by parents who've been accused of family violence," said Kim Hawkins, executive director of the Rise Women's Legal Centre in Vancouver.

Rise researchers, for a forthcoming report, interviewed 160 women in 25 B.C. communities who were domestic violence survivors and had been involved with the family court system.  In a follow up survey, slightly more than half of the women responding said they had been accused of parental alienation. Just under half said they had been advised by lawyers not to talk about the abuse.

An alienation finding can, in the most extreme cases, result in children being removed from the care of that parent, Hawkins said.

"Conversely, if they don't raise [domestic violence], then the court will make decisions about the care of their children without knowing about the need of protection," she said. "Either way, they're placing their children at greater risk. And women were very aware of this dilemma and were very concerned about disclosing violence for that reason."

According to Nicholas Bala, a professor of family law at Queen's University in Kingston, Ont., there are an increasing number of what are called high-conflict separations in Canada, many of which involve situations where children are refusing or reluctant to see one parent.

"Some of those cases are clearly ones of alienation, clearly cases where one parent, a favourite parent, is manipulating or pressuring the child into rejecting the other parent," Bala said. "But there are also cases of realistic estrangement, cases where a child has a legitimate and genuine fear of a parent and doesn't want to see them. And distinguishing these two situations can be very challenging for the courts."

Alienation is a form of emotional abuse that should be taken seriously by the courts, Bala said.

"I think it's a very important, useful concept. And judges are aware of that and use it."

Canadian research suggests the consequences can be severe for parents when judges make findings of alienation.

University of New Brunswick professor Linda Neilson analyzed 357 family court cases in which parental alienation was claimed or found by a Canadian court between 2008 and 2018. Close to half of them also involved allegations of domestic violence — and in more than three-quarters of those cases, the parental alienation claim was made by the alleged perpetrator of domestic violence.

Neilson found while judges were equally likely to make findings of alienation against mothers and fathers, the consequences of an alienation finding were significantly worse for women. Mothers were twice as likely as fathers to lose primary custody or some degree of access to their children when findings of alienation were made against them.

'They were looking at removing the children'

Charlene Bradford knows this all too well.

The Smithers, B.C., woman, who testified in court she was subjected to physical and verbal abuse, was accused of alienating her two boys against their father in a court-ordered psychological report.

"They were looking at removing the children ... and I would have limited access," she said.

Her lawyer quit because he didn't feel capable of defending against an alienation finding, she said. Hundreds of thousands in debt from previous legal proceedings, Bradford, with the help of friends and family, prepared to represent herself in court to get the finding overturned.

She was eventually successful, with a B.C. judge ruling in 2017 there were problems with the report.

But the two years living in limbo took a psychological and emotional toll.

"It was completely horrifying knowing that I could lose them, one hundred per cent," she said. "And they would just be gone … just because the person said I had done these things."

Advocates including Hawkins have long-standing concerns about the psychological reports, such as the one in Bradford's case, that are given a lot of weight by B.C. courts in determining custody arrangements.

B.C. has relatively few standards around how these reports — which are sometimes the source of alienation findings — are admitted as evidence and around training for the people who write them, Hawkins said.

B.C. Attorney General David Eby said in a recent interview that may be about to change.

"I'm concerned that maybe this is an area where we need to expand that training in order to be able to provide more supports and ensure that the people who are interacting with victims of violence have that background to be able to do it properly," he said.

The issue, however, is not confined to B.C.

'I was getting abused all over again'

Melanie, who lives in Ontario, is in the process of working out a parenting arrangement for her young son with her ex-husband.

CBC News is not revealing Melanie's identity because her case is before the courts and due to safety concerns.

Her ex, she said, was physically and emotionally abusive, especially when he was using drugs or alcohol, which made her concerned about him having unsupervised visits with their son.

She raised this with a lawyer from Ontario's Office of the Children's Lawyer, who investigated.

"It was very frustrating," Melanie said, "because her conclusion was that she had noticed I had used two different words describing one incident and so concluded that I was perhaps being dramatic or that I was overexaggerating."

Shortly after, a judge granted unsupervised access to her ex.

Melanie said that on several occasions when she tried to tell her ex their son didn't want to visit, he would accuse her of parental alienation.

"When the child is, like, crying this much and doesn't even want to talk like a FaceTime call, you know, throwing things, screaming … and I have to just facilitate these visits. I don't feel like I'm doing my job as a parent."

"In many ways, it reminds me of being in the relationship  … the whole situation of an abusive relationship is that it's meant to kind of throw you off your radar or your instincts."

That sentiment was echoed by Amanda, thousands of kilometres away in B.C., who spoke of feeling humiliated in the courtroom after exposing intimate details of what happened to her and her child.

"It stripped me of any kind of strength that I had or courage that I had and put me back into that weak position that I was in when I was in the heart of a very abusive relationship. I was right back there," she said.

"Instead of being put in a place of strength and feeling supported, I was getting abused all over again. And this time it was legal. And this time my ex was able to sit in the chair opposite me and watch it happen."

Tara Carman is a senior reporter with CBC Investigates who specializes in finding the human stories buried in big data. She holds an international relations degree from UBC and a master's degree in journalism from Carleton. She lives in Vancouver. You can reach her at tara.carman@cbc.ca or on Twitter @tarajcarman.

With files from Manjula Dufresne and Kimberly Ivany