Doctors in the Kashechewan First Nation near James Bay say they have identified 19 children with skin conditions, but no medical emergencies.

Doctors say skin conditions due to eczema, scabies and impetigo 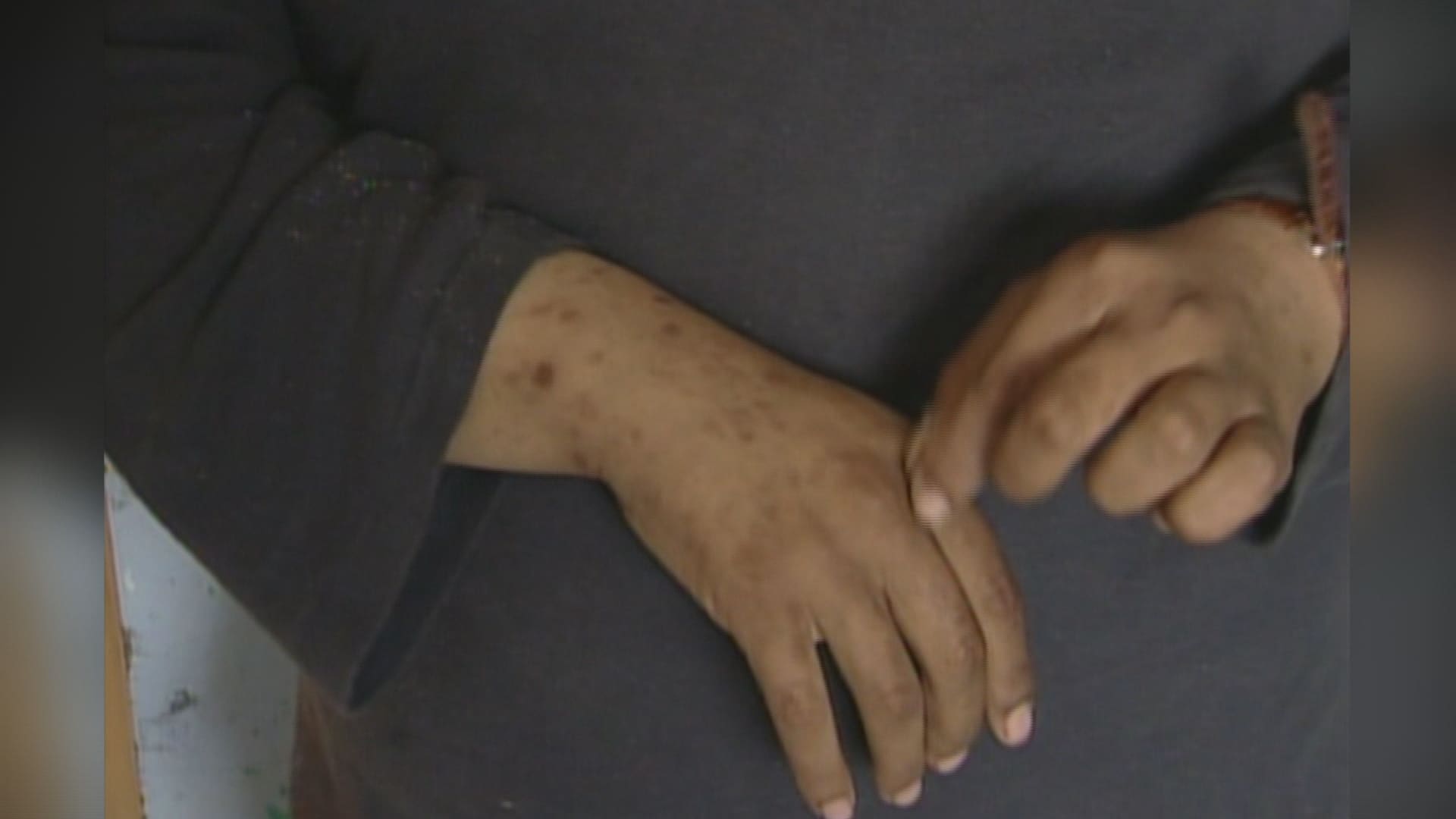 Doctors flown into the Kashechewan First Nation in northern Ontario say they have identified dozens of children with skin conditions, but say it is not a medical emergency.

The community requested that the doctors visit the Cree community of about 1,800 after photos posted on Facebook showed two children with alarming-looking skin lesions.

The fly-in community is located on the Albany River near James Bay — hundreds of kilometres north of Sudbury.

Deputy Chief Amos Wesley said doctors told him Wednesday afternoon that there are 34 children, and possibly one adult, with a skin condition.

Morning North4:13Kids in Kashechewan struck by mysterious skin rashes
NDP Timmins-James Bay MPP Charlie Angus updates us on the skin problems afflicting some children in Kashechewan. Some believe the community's drinking water is to blame, but the government says that's not true. 4:13

The diagnoses in the children, aged one to the mid-teens, are scabies, mild impetigo and eczema, said Keith Conn, associate deputy minister of Health Canada's First Nations and Inuit Health branch.

Conn, however, said there are 26 cases, not 34. It is not clear where the discrepancy comes from.

Dr. Gordon Green, a family doctor and the chief of staff for the Weeneebayko Area Health Authority, was one of the doctors who visited the community this week.

Green said 23 of the 34 people he examined have eczema.

"Most of it was mild. One of them was sort of moderate to severe and that is one that we will get a second opinion from a dermatologist for," said Green.

Green said other people were diagnosed with acne, psoriasis, and one person had a mild case of impetigo.

"We were so pleased that it was very mild skin conditions and for the most part the families were handling these quite well," added Green.

Green did not say that any of the people he examined had scabies, which Conn had said earlier was one of the diagnoses.

Conn said all of those affected have just one of the skin conditions. Earlier, he had said it was not clear whether some of the people were affected by more than one condition.

Green said most of the patients are being treated with creams and have been advised of what can worsen their conditions, such as very hot water and dryness, in the case of eczema.

Three children, including the two in the Facebook photos, are being treated outside the community, said Conn, because their cases were "exacerbated" by conditions at home.

Three other children are being monitored in case they need outside treatment.

"I found those images that were posted very alarming, too," said Green. "Those were significant, and when we arrived here we were quite worried that we were going to see many more people with very significant skin conditions, but we did not — we were very pleased to announce that we did not see those very worrisome skin conditions or those that needed emergency followup."

One of the children that appeared in the photos is being treated in Moose Factory, Ont., and doing well, he said. Another is in Timmins and another in Kingston.

As for the underlying causes of these skin conditions, Conn said he couldn't get into that.

He would only say that people do seem fearful of their water and are concerned that the treatment plant isn't functioning. But Conn said the water has been tested and is clean.

"Health Canada has deployed a secondary run of tests yesterday, so we'll have some results back in a few days," he said.

The community has been concerned about the water quality issues as being a link or a cause.- Keith  Conn , First Nations and Inuit Health

The perception of some community members that the skin rashes are linked to the water is "a trust issue," Conn said. "The water results are meeting provincial and Canada safe drinking water guidelines."

Dr. Murray Trusler, who was chief of staff at the Weeneebayko Aboriginal Health Authority until 2008, has been involved in teleconference calls on the current issues.

The children in the community tend to have skin that is dry and susceptible to eczema, Trusler said.

If they scratch their dry skin, he said, that allows for bacteria to get in and form the scabbing and rashes. Overcrowding also lends itself to spreading the infections, he said.

Other factors that could make children feel itchy would be elevated chlorine in the water. However, Alvin Fiddler, the grand chief of the Nishnawbe Aski Nation, said independent testing of the water and plant is the only way to address the community's mistrust.

"One of the immediate things that we're seeking is an outside, independent team to go in there and assess their water, the quality of the water, to assure the community that it is safe, it is safe for them to drink, and also to continue the house-to-house visits to ensure that other children who may be at risk are getting the attention they need," said Fiddler.

Carolyn Bennett, minister of indigenous and northern affairs, noted that previous water concerns in the community had eroded trust.

"It's going to take a long time to build back the trust, and that's why we're committed to do it," she told CBC's Power & Politics, touting her government's increased funding for indigenous communities, which was announced in Tuesday's budget.

"We want them to know when they turn on the tap that it's clean and that it's tested as often as … is necessary to ensure and to build back the confidence."

"We're not seeing a medical emergency here, but from a social perspective, we are seeing significant problems," he said.

Green said that many of the people he visited live in overcrowded houses — in one case, 13 people were living in a three-bedroom house with one bathroom.

He said access to food is expensive and limited, and heating is also very costly.

"This is a difficult place to live. Even buying detergent is very, very expensive up here," he said.

Green said doctors will be visiting the community again in the next few weeks to follow up on patients.

He added that 10 to 20 per cent of people will have eczema once in their life.

"I'm not sure if the numbers we're seeing are higher than that percentage. So this may just be a normal variation."