A 24-year-old man from Toronto has been charged with careless driving after a truck struck a hydro pole along Highway 64 in northern Ontario on Monday night and came to rest against the side of a house.

A 24-year-old man from suburban Toronto has been charged with careless driving after a truck struck a hydro pole along Highway 64 in northern Ontario Monday night and came to rest against the side of a house.

A video of the dramatic flip was captured by Denis Lefevbre and posted to Facebook by Sharon Gauthier.

After veering off Highway 64, a two-lane road approximately 60 kilometres south of Sudbury, the Penske commercial vehicle hit a culvert and flipped vertically, ripping down a hydro pole and several lines.

Ontario Provincial Police said there were no injuries to either the driver, who's from Scarborough, or his 25-year-old passenger from Sudbury. There are no criminal charges pending, so police are not releasing the name of the driver.

They did, however, say they expect that distracted driving played a role in the crash.

Const. Michelle Coulombe told CBC News the sight of the Penske truck atop a house was a first.

"We've seen people drive into commercial buildings or homes," Coulombe said. "But a big truck like that to land on the roof of a house. No. Never."

The owner of the house told CBC News he was standing in his driveway when the truck launched into the air.

He said he hasn't had a chance to check the entire house, but the only interior damage he could see was a few cracks in the drywall.

The owner, who's lived in the house for nine years, said he is staying in his garage until the electricity and oil furnace in the house can be turned back on.

The highway was closed for approximately 10 hours and reopened around 3 a.m. ET.

The investigation is continuing. 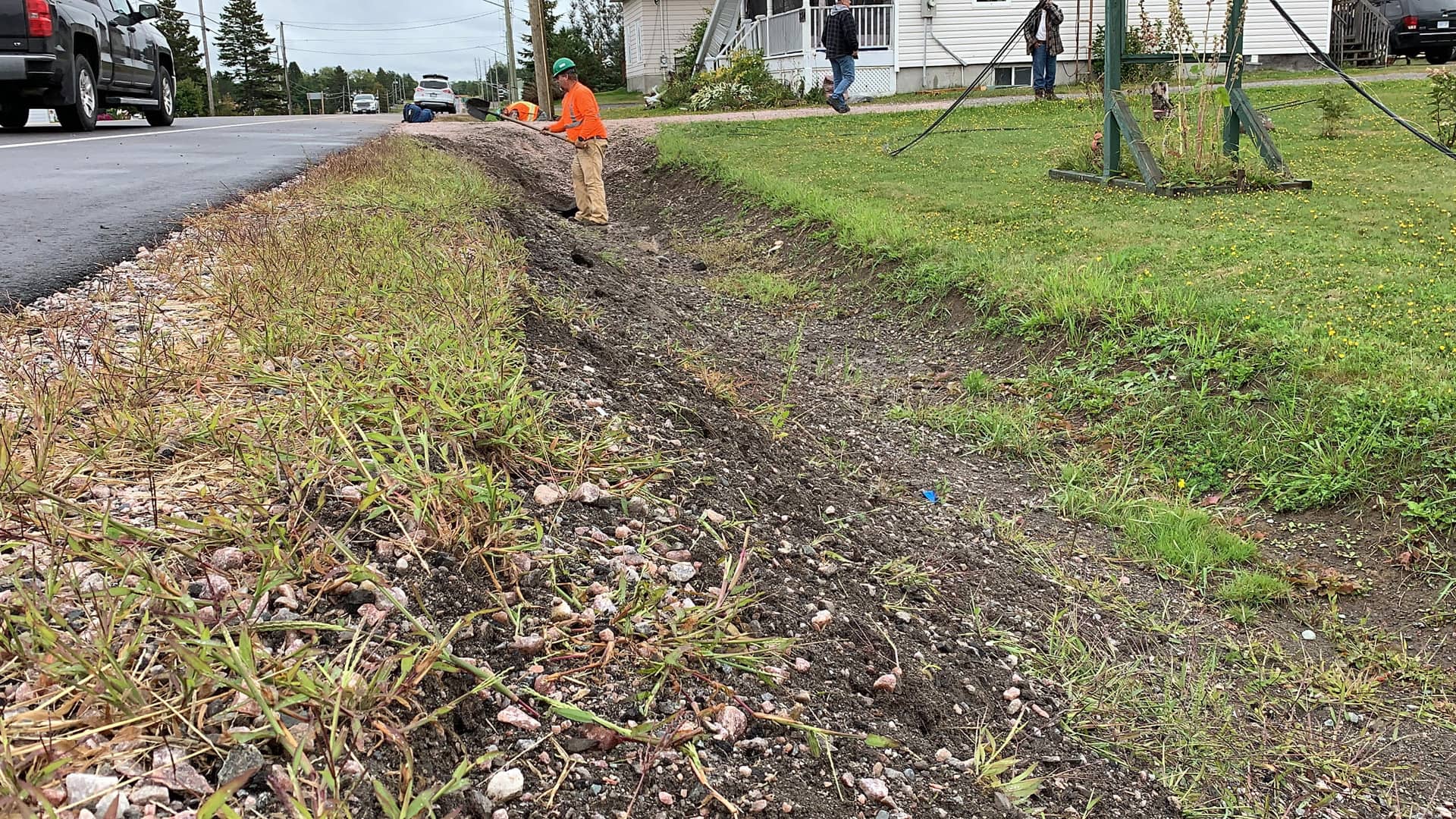