Adrian Sutherland says his first memory of hearing his language was when he was four or five years old. "I remember my grandfather speaking with some other elders from the community," he recalled.

Adrian Sutherland says his first memory of hearing his language was when he was four or five years old. "I remember my grandfather speaking with some other elders from the community," he recalled.

Sutherland, the lead vocalist and guitarist for the roots-rock band, Midnight Shine, is from the Mushkegowuk Cree community of Attawapiskat. With four brothers and two sisters, Sutherland says the first words he learned were "come here," "sleep" and "eat."

He says most of his siblings eventually ended up in foster care and they didn't come back together until they were in their teens.

"Some of my younger siblings had lost the language but they were still able to retain some of the language," said Sutherland. "But they're not fluent speakers. They can speak, though, if they need to," he added.

Sutherland says he was able to retain the language because he landed with some relatives on the reserve. He explains how the band's cover of the Neil Young classic, Heart of Gold, came about.

"We were sitting in the studio one day arranging the song and trying to figure out how we were going to make the song unique," said Sutherland.

One of the ideas came from John-Angus MacDonald who had produced six of the songs on Midnight Shine's latest album — why not sing a verse in Cree since no one else had probably ever done that? Sutherland says they did it and it turned out surprisingly well.

"There's just so much to know about the language," said Sutherland. "When you go out onto the land the vocabulary just opens up, there's so much about being out on the land and the water, the sky, the weather, the animals, tracking, the type of cloud, the birds and the sounds they make."

"I think our language is what makes us unique as Canadians," said Sutherland. "It really gives us purpose and understanding about who we are and where we come from," he added. 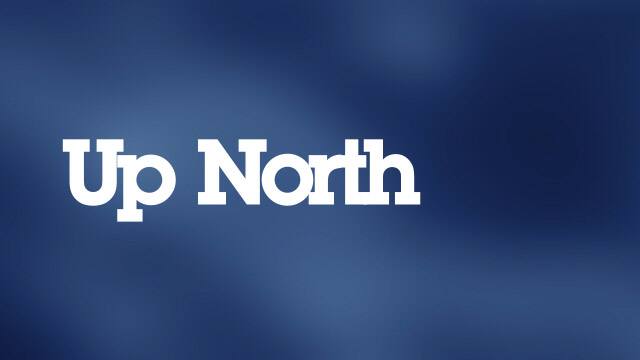 Up North6:34Indigenous Language - Adrian Southerland - Mushkego Cree - Unreserved
In this edition of our Indigenous Language segment, we feature Adrian Sutherland of the band Midnight Shine. He was a guest on the CBC program Unreserved for their podcast called First Words. He was invited to share the language he speaks, which is Mushkego Cree. 6:34