Federal Health Minister Jane Philpott says an outbreak of skin lesions among children at Kashechewan First Nation in northern Ontario is not the result of the community's water, as some have suggested.

Morning North4:13Kids in Kashechewan struck by mysterious skin rashes
NDP Timmins-James Bay MPP Charlie Angus updates us on the skin problems afflicting some children in Kashechewan. Some believe the community's drinking water is to blame, but the government says that's not true. 4:13

Federal Health Minister Jane Philpott says an outbreak of skin lesions among children at Kashechewan First Nation in northern Ontario is not the result of the community's water, as some have suggested.

"The water has been tested as recently as last Tuesday and we know that it meets all of the appropriate standards for safety in drinking water and for water to be used for other purposes," Philpott said Monday.

She would not give any specifics about the case, but said that one possible cause of the lesions is an infectious condition. 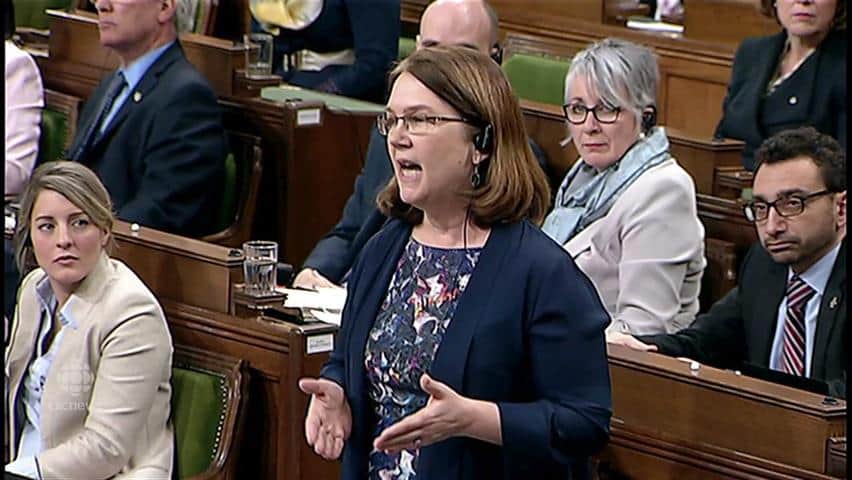 5 years agoVideo
1:52
Children in the James Bay community have developed skin lesions and the Federal Health Minister Jane Philpott describes what is being done to help 1:52

Nishnawbe Aski Nation Grand Chief Alvin Fiddler disagrees that the water can be ruled out.

"I think if you spoke with a council member of a community member from Kash they would tell you differently. What we hear today is that community members are to the point now where they don't trust the water coming from their taps to even bathe or do their laundry, so I think there's a real need for an independent and outside assessment and inspection of their water system."

Three children have been removed from the First Nation near James Bay, including a five-month-old recovering from open-heart surgery, to get medical help.

A total of 16 children with acute cases of skin infection have been identified as in need of immediate help, said Timmins–James Bay MP Charlie Angus.

"This is the face of the medical crisis hitting Treaty 9," he said in a Twitter post on Friday, after former Kashechewan chief Derek Stephen posted unsettling pictures of his infant niece covered in lesions.

This is face of the medical crisis hitting Treaty 9. Aboriginal Affairs Cmttee to discuss with leaders about crisis <a href="https://t.co/nFQoiHCTn9">pic.twitter.com/nFQoiHCTn9</a>

The baby is one of the children now receiving treatment outside the community. Stephen said his niece is being given antibiotics for a lung and skin infection.

In a Facebook post on Sunday, he said she has appointments booked for today to see a skin specialist and pediatric doctor.

The baby is receiving treatment, reportedly in Timmins, Ont.

The baby had surgery two months ago in Ottawa to fix defective valves in her heart, he said. Since she's been home in Kashechewan, she developed the skin condition.

Stephen also posted pictures of other children in the community who have angry-looking skin conditions.

Angus said no one really knows what is causing the skin conditions.

With three children already moved to other communities for treatment, 13 more who are affected remain, and Angus told CBC News he isn't certain when they will be treated.

A medical team from the hospital in Moose Factory is expected to visit Kashechewan on Tuesday.

"These communities are always living in a precarious situation and the effects are being felt in the children, and it's really, really heartbreaking," Angus said.

The NDP MP is hoping there will be assistance for First Nations in tomorrow's federal budget.

It's been more than a month since Nishnawbe Aski Nation declared a health emergency, saying people living in remote First Nations in northern Ontario are dying "needlessly" because they don't have access to basic health care.

"I need people to know that Health Canada officials and our health professionals have been working in this community and will continue to do so. We have had discussions with them this morning. I can say that all of the children who are requiring care are getting the care that they need," Philpott said.