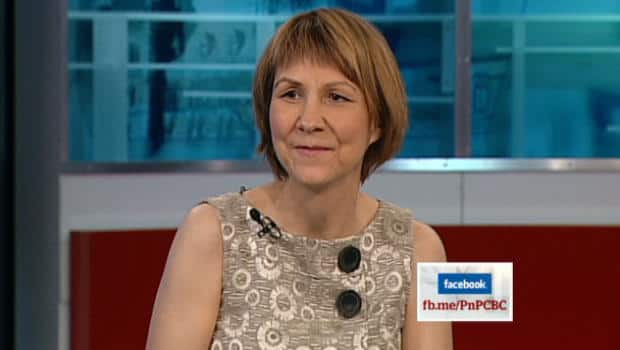 8 years agoVideo
3:21
First Nations activist Cindy Blackstock talks about being spied on by the federal government 3:21

Stoddart was looking into a complaint filed by activist Cindy Blackstock, who is the executive director of the First Nations Child and Family Caring Society, an organization fighting the federal government in court over First Nations child welfare programs.

The commissioner found that Aboriginal Affairs and the Department of Justice seemed to violate the spirit of the Privacy Act when they compiled reams of information from Blackstock's personal Facebook page.

"It raises the question: who else?" said NDP aboriginal affairs critic Jean Crowder.

Officials knew full well that they were delving into personal information, and not just Blackstock's thoughts on child welfare policy, the report states.

However, the senior officials in charge of the First Nations child welfare dossier gave written permission to departmental information technicians to dig through all of Blackstock's Facebook pages and collect screen shots and records of page excerpts for circulation to other government officials, Stoddart found.

At the same time, Blackstock was making obvious efforts to better secure her personal information on her Facebook page, making it clear that the government attention was not welcome, the report added.

"The lack of transparency surrounding the collection of personal information by the respondents from the complainant's Facebook page would seem to violate the spirit, if not the letter of the act," Stoddart's report states.

The decision shows that even if information is somehow publicly available, the government can't just go and collect it in an organized fashion, explained Blackstock's lawyer, Paul Champ. Rather, personal information can only be gathered for a specific, appropriate purpose.

Government officials told the commissioner they needed to monitor Blackstock because she had posted some court-related material that had been deemed privileged. However, Stoddart's investigation finds that the monitoring of Blackstock's personal information began before she had posted the material in question.

Aboriginal Affairs and the Department of Justice have agreed to cease and desist such monitoring, destroy any personal information not directly linked to federal policy, and set up a new system to make sure such surveillance does not happen again.

Stoddart found no merit to two other privacy complaints from Blackstock. She ruled that government monitoring of Blackstock's speaking engagements was an acceptable activity for officials in their policy work. And she ruled that since there is no public record of government officials accessing the Indian status record database, she could not agree with Blackstock that her privacy was invaded.

Blackstock's organization has been in a legal battle with Ottawa since 2007, arguing that the federal government is discriminating against First Nations children by refusing to provide support at the same level as provincial governments.

The dispute is now before the Canadian Human Rights Tribunal.