'They've lost their vision': Some First Nations leaders pan FSIN ahead of election

The Federation of Sovereign Indigenous Nations elects a chief this week, but some powerful First Nations leaders say the 72-year-old institution has lost its way.

Other chiefs defend the 72-year-old institution, which will hold an election Thursday

The Federation of Sovereign Indigenous Nations (FSIN) has lost the support of Saskatoon-area chiefs and others across the province say they may soon follow.

Others, however, defended the federation.

FSIN delegates will vote for a new chief this week at an assembly in Saskatoon, but Arcand and others say it will take more than an election to fix the 72-year-old institution.

The seven bands of the Saskatoon Tribal Council sent a letter to the FSIN saying the federation no longer speaks for them. Arcand said the province's 74 member First Nations should stop contributing to the FSIN's budget.

Arcand and others say the FSIN has become preoccupied with bickering and infighting. For example, police were called to the FSIN offices in Saskatoon this month during a dispute over who should be interim chief during the election campaign.

Arcand said the FSIN also failed to support them in their legal and political child welfare fight.

"We've had no support from FSIN—​nothing," he said.

Longtime Sakimay First Nation Chief Lynn Acoose said she's been pressing for reforms, but little has been accomplished in recent years. She said the FSIN has forgotten the original mandate of fighting for treaty rights.

"I think it's very disorganized, and they spend too much time chasing grant money. If things don't change, we are headed for assimilation," she said.

Acoose said the chiefs who signed treaties more than 125 years ago would not be happy with the state of the FSIN.

"I don't think that our Mooshums would have envisioned static organizations that only seem to be interested in their self-preservation," Acoose said. 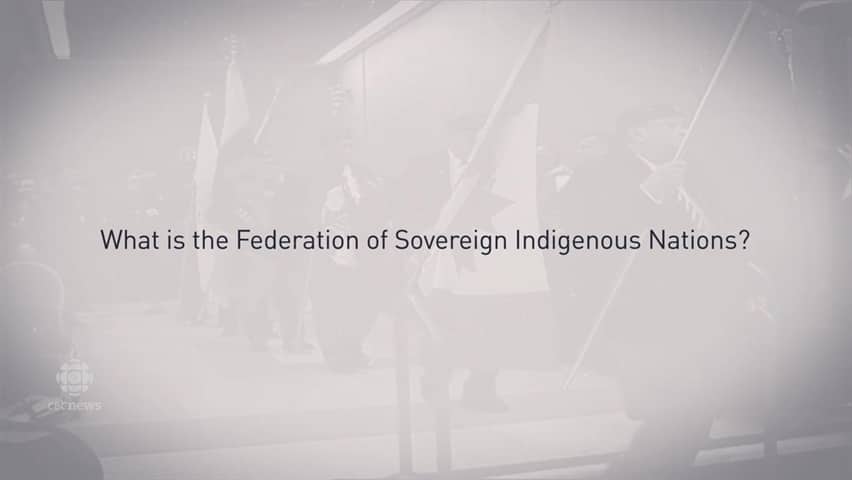 What is the Federation of Sovereign Indigenous Nations?

2 years agoVideo
2:00
With the elections for the Federation of Sovereign Indigenous Nations taking place this week, we look at the FSIN's history and goals for the future. 2:00

FSIN should be stripped of governance power: chief

Acoose says she'll come to the assembly next week to vote, but that she thinks the FSIN should be stripped of its governance power. She said it could still be useful as a research institute for bands seeking legal or technical help, but chiefs will have to consider dissolving the FSIN altogether if things don't improve soon.

Acoose, Arcand and others say there are many other groups that could take on the roles of the FSIN. Individual First Nations and regional tribal councils have trained growing numbers of in-house lawyers, accountants and other experts. Campus Indigenous groups, Idle No More and other bodies are playing an increasing role.

"And maybe this is the way it should be," Acoose said.

Former FSIN chief Sol Sanderson said the Federation is worth saving. He agrees the petty power struggles must stop. He said not much has been done by the FSIN in recent years.

He noted the federation was created in 1946 by chiefs and First Nations veterans of the Second World War who were denied the land and benefits given to other returning soldiers. In those early days, they were forced to meet in secret and were subjected to RCMP surveillance, he said.

In the 1970s, Sanderson and others created a host of educational and cultural institutions such as First Nations University of Canada and the Saskatchewan Indian Institute of Technologies. Those are now used as models by Indigenous peoples around the world.

In 1993, FSIN leaders helped broker the Treaty Land Entitlement deal — $440 million to compensate First Nations for century-old broken promises. In 1995, the FSIN's gaming agreement led to tens of millions in casino revenue and thousands of jobs.

Since then, progress has stalled on many fronts, he said. Sanderson is hopeful the FSIN can be reinvigorated if it returns to those roots. He said the FSIN can be a powerful vehicle to collectively advance First Nations rights and assert sovereignty.

"Our inherent rights and treaty rights are granted by the Creator to who? To the nations and to the peoples of the nation, not just one community, not just one band," he said.

"The Federation will stay in place for as long as we need it."

Beatty and other chiefs of individual First Nations contacted CBC News on Sunday to speak on behalf of the FSIN.

They said the federation can always improve, but is helping First Nations to act collectively on language, education and other treaty issues.

"They offer a venue for solidarity, for the nations to gather and discuss issues," said Chief Nathan Pasap of the White Bear First Nation.

Chief Michael Starr of the Star Blanket First Nation said he agrees it's time to "refresh and renew" the federation.

But he said criticizing it publicly and threatening to pull out is not the right approach.

"Our ancestors wanted us to work together," Starr said. "I believe we'll get there."