The Saskatoon Referees Association has seen a decline in young officials because of verbal abuse from fans and coaches. 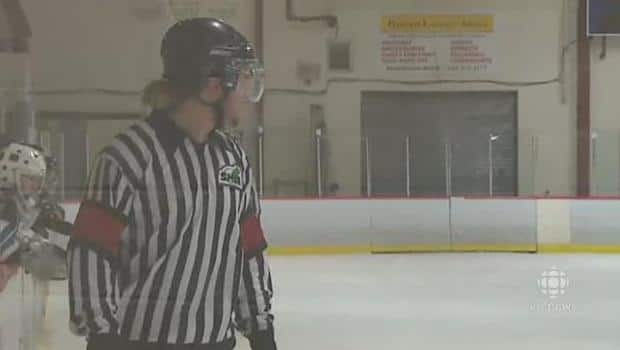 The puck can't drop on thousands of minor hockey games in Saskatchewan without the help of referees.

But officials in Saskatoon are losing new recruits, and they chalk it up to fans and coaches abusing young officials.

The Saskatoon Referees Association says it has seen numbers drop to 160 referees this year, from over 200 in 2012.

No one stood up and said, 'Hey, you're talking to a 16-year-old girl, she could be someone's daughter.'- Jill Andrea, referee

She loves working as a ref, and has been officiating minor hockey for the past 22 years.

Andrea says she has considered quitting many times throughout the past two decades.

Years later, she remembers the first time she was berated by a parent.

"He told me to 'go home and make babies because that's all you're good for.' Turns out I had kicked his son out about 20 minutes earlier," Andrea explained."There were lots of parents standing around, there were lots of people older than me. No one stood up and said, 'Hey, you're talking to a 16-year-old girl, she could be someone's daughter.'"

Darryl Cameron is the vice-president of the SRA. He has been officiating games for the past 35 years and says he still does not understand why people think it is acceptable to verbally abuse referees, particularly teens.

"I go to the rink all the time and supervise. I have a hard time sitting there and watching games because parents just start yelling and swearing for no reason," Cameron said.

I have a hard time sitting there and watching games because parents just start yelling and swearing for no reason.- Darryl Cameron

"I mean these kids are out there doing their best, trying their best. [Parents] expect NHL referees, and I mean you are not going to get it. That is where, you know, you cut your teeth."

Cameron says the SRA is trying to combat their falling numbers of officials by providing more mentoring opportunities. They're also trying to recruit experienced players who have finished their careers in Midget hockey.

Abuse not part of hockey

The Saskatoon Referees Association and the Saskatoon Minor Hockey Association are reminding coaches, parents and players that formal complaints regarding the abuse of officials can lead to suspensions.