Sask. ski hills battle warm weather, COVID restrictions as they try to open for the season

It’s been a long time coming this winter, but snowboard enthusiasts in the Battlefords area can finally carve through the slopes at Table Mountain starting Friday.

It's been a long time coming this winter, but snowboarding enthusiasts in the Battlefords area can finally carve through the slopes at Table Mountain starting Friday.

Table Mountain general manager Lawrence Blouin said warm weather has hampered snow making, but most of the runs will be open.

"There's a couple of runs and stuff that needs more snow," he said. "The rest of the hill actually is going to be in really nice shape."

COVID protocols are in place, as with the other ski resorts.

Masks are mandatory at all times both inside and outside. The chalet is only open for getting takeout food or using the washrooms. That means you must change and eat in your vehicle or outside.

"Every department is coming up with a whole bunch of new protocols on how they're going to work through the day as far as sanitizing everything on a regular basis," he said.

Blouin said with the late start and all of the restrictions, the hill is budgeting for a 50 to 60 per cent loss in revenues this year.

"Basically we're hoping to break even. And that's a big question mark. We're basically just hoping to be able to pay the staff and and still make expenses and insurance and everything else and come up with that zero at the bottom. But down deep, I think we're going to end up in a deficit."

Table Mountain will be open Fridays, Saturdays and Sundays.

Mission Ridge Winter Park near Regina opened in December and has been very busy.

That's created a few issues, said Regina's Jill Mascotto, who was out on the weekend at Mission Ridge.

"The lineup for the ski lift by about noon were backed up on one side … all the way up the hill past the lodge," Mascotto said. "When you came down off some of the runs, you had to walk up the hill in your ski boots or walk your snowboard up to be able to get to the end of the line."

She was also disappointed five runs were still closed.

Mission Ridge business manager Anders Svenson said the hill has had to learn and adjust on the fly and is limiting capacity.

"I think we're certainly far more prepared now kind of knowing exactly what we're going to have to deal with as far as numbers and capacities and stuff," Svenson said.

If you are planning to head out to Mission Ridge don't forget to reserve your daily lift pass online first.

Svenson said that as soon as it gets colder staff will fire up the snow guns again to get more runs open.

Ski Timber Ridge, north-west of Prince Albert, is planning to open on Saturday.

Wapiti Valley north of Melfort has decided to stay closed. Wapiti GM Kyle McEwen said it was heartbreaking to have to tell the staff the resort would not open this season.

"Fifty people, you have to let know," he said. "And just before Christmas. It is what it is and everyone is very understanding, which is really nice."

He said the cost of opening without getting revenue from the Christmas break was just too much.

"The numbers just didn't lie to us," said McEwen, but added he is optimistic it will open again in the future.

With some hills closed, skiers and snowboarders are taking things into their hands.

Michael Maksymchuk, who lives in Battleford, has been urban snowboarding for years using rails, trees or fences for his tricks.

This year he has built a special machine to help him.

"It's just like a like a human winch, a wake winch," Maksymchuk said. "It's a spool of rope with a motor on the other side, sprocket driven with a torque converter. So you get a little more speed out of a smaller engine." 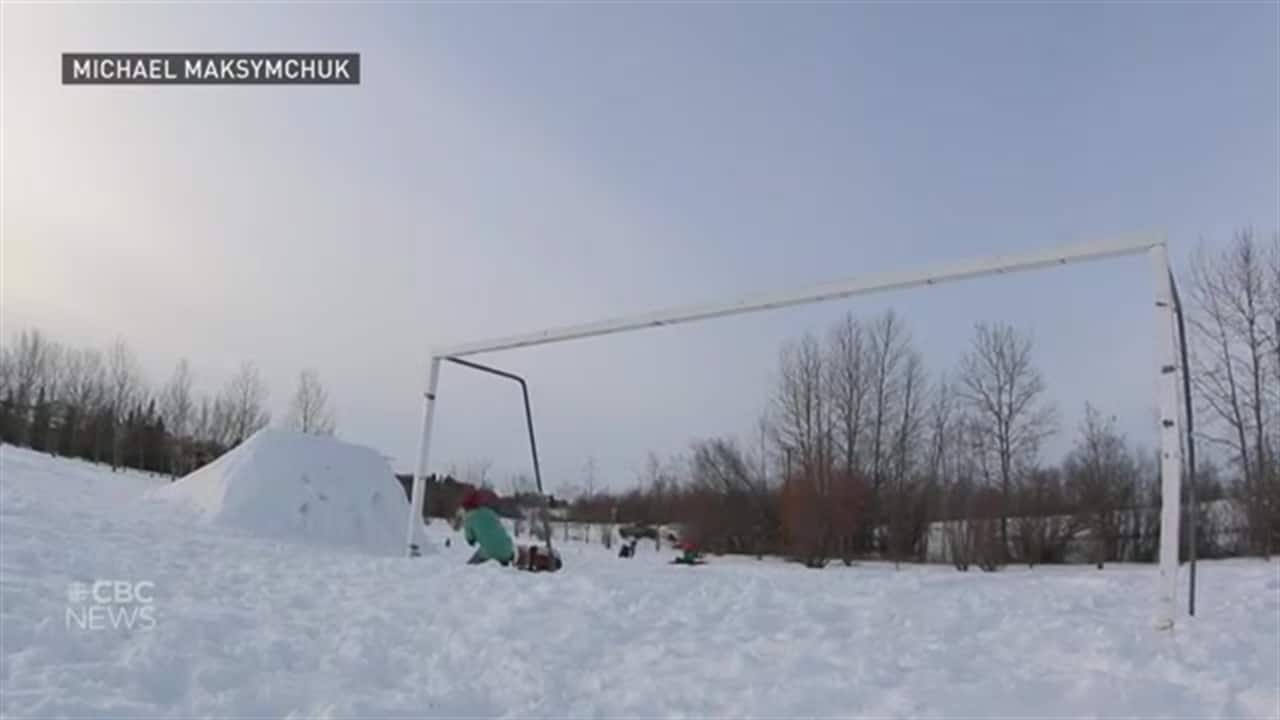 7 days agoVideo
0:09
Michael Maksymchuk, who lives in Battleford, has been urban snowboarding for years. 0:09 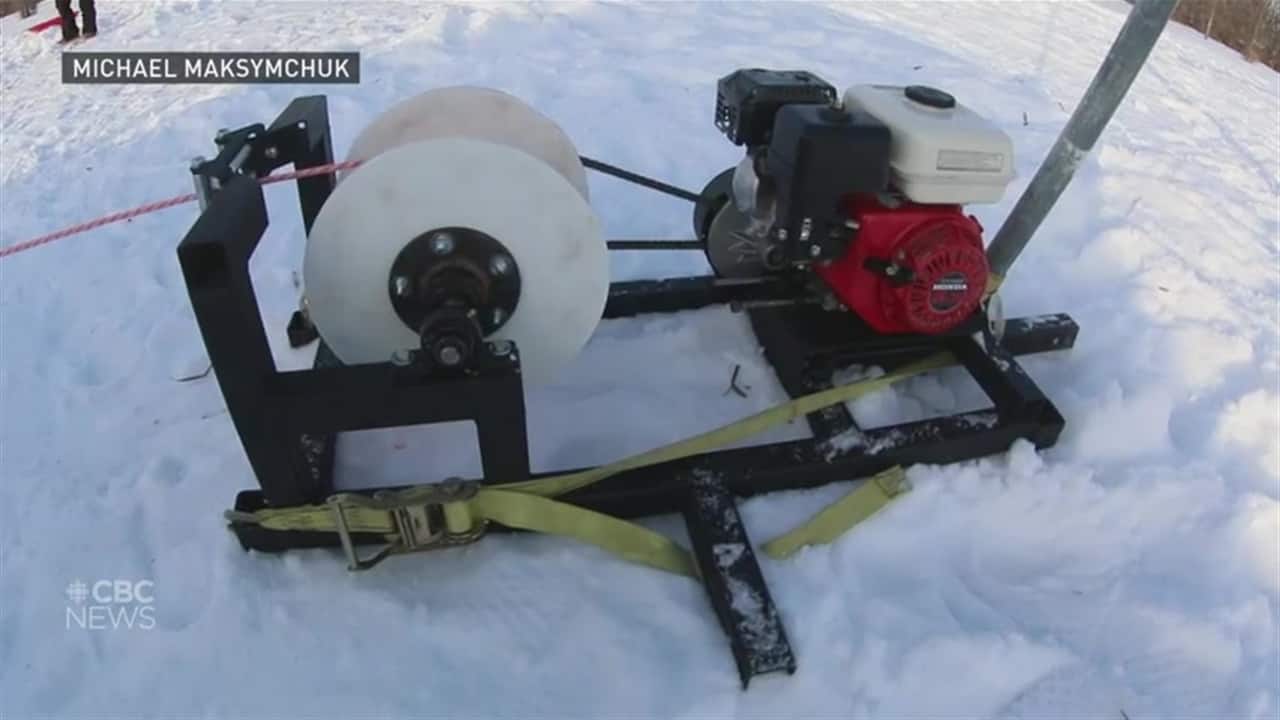 7 days agoVideo
0:10
Michael Maksymchuk built this winch with the help of some friends for urban snowboarding 0:10

Maksymchuk said he's had to think outside the box to be able to snowboard, but it's also been very interesting.

"I've met a lot of random people that come out and they're asking a lot of questions and cheering you on," he said.

"[It's] kind of cool to be able to maybe put a little light in someone's day."

With files from Theresa Kliem