Saskatoon digs out from massive winter storm on election day

The winter storm in Saskatoon brought 20 to 30 centimetres of snow on Sunday on top of the 10 to 15 centimetres the city got on Saturday.

Residents urged to stay off the streets

Saskatoon residents are being urged to stay off the streets as city crews dig out from Sunday's blizzard.

The storm dumped 20 to 30 centimetres of snow on the city Sunday — on the eve of municipal election day — to go along with the nearly 15 centimetres the city received on Saturday.

With many streets impassible, the city's election office announced all polls would close at 6:30 p.m. CST Monday and reopen on Friday.

The city is still recommending most motorists stay off the roads, though, saying only large vehicles with four-wheel drive should be used.

Goran Saric, director of roadways for the City of Saskatoon, said it was challenging for crews to plow and grade because of the blowing snow and the many stranded vehicles on the roads.

City transit was unavailable most of the day, with some buses stranded overnight.

As of 6 p.m. Monday, transit services had resumed on 22nd Street, 8th Street, Idylwyld Drive and Attridge Drive, and the city said the service would be available until 10:00 p.m.

The city said more routes would become available on Tuesday as the roads were cleared. 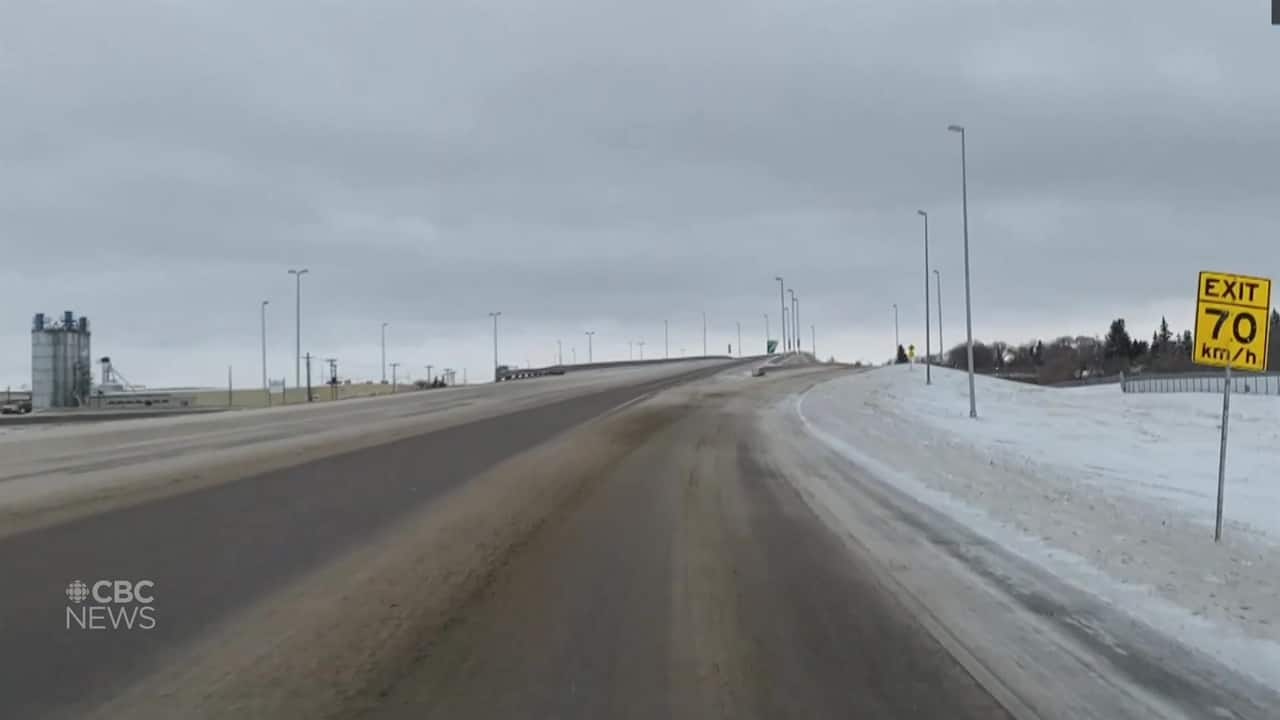 4 months ago
1:30
This time-lapse video taken during a cruise around Saskatoon really captures how drastically the weather can change in Saskatchewan. 1:30

Garbage and recycling collection has also been cancelled for Monday, with affected routes rescheduled for the upcoming weekend.

There have been no reports of disruptions to power or water services.

The Saskatoon Fire Department, working with Saskatoon Police Service and Saskatoon Search and Rescue as part of a stranded persons joint task force, responded to more than 130 calls for storm related assistance from between 8 a.m. Sunday to 11 a.m. Monday. Calls for help continued to come in throughout the day.

"A number of people were evacuated from vehicles, taken to their homes. Others were helped to be able to get their vehicle moving," said Fire Chief Morgan Hackl.

By 8 a.m. Monday, firefighters had been to 46 incidents, including assisting 11 stranded motorists and responded to two vehicle fires.

Pamela Goulden-McLeod, director of emergency management for the city, discouraged drivers from going anywhere Monday morning, particularly if they have a small car.

"It is not safe to be out there," she said. "And at this point, you will create a hazard and we will have to divert resources to support you."

Goulden-McLeod said the city worked with the Saskatchewan Health Authority to help essential staff get to work.

City manager Jeff Jorgenson said Sunday's blizzard is comparable to the 2007 blizzard that paralyzed the city.

Jorgenson said they will need time and space to clean up, and it will be days before residential streets will be plowed.

Municipal election polls were planning to open at 8 a.m., but some were delayed because workers were having trouble getting to their stations. By noon, 63 of 65 polling stations had opened, though there were reports of polls that were understaffed once they did open.

"There's no snow days for elections; the election must continue. So everybody that hasn't voted, we're encouraging everyone to make a plan to vote.

"Get [to a polling station] however you feel comfortable," Jorgenson said. "Those that can walk, if you're [in] reasonable proximity to the polling station, please do so. Buses will become an option through the day."

Streets with polling stations had been added to the city's priority streets for snow clearing.

Voters were encouraged to adjust for driving conditions and leave extra time to get to and from polling locations. Hackl suggested waiting to vote until Monday afternoon when roads were clear.