A Saskatoon man has developed an interactive beer pong table, complete with LED lights, ball washer and a touch-sensitive tabletop that keeps score. 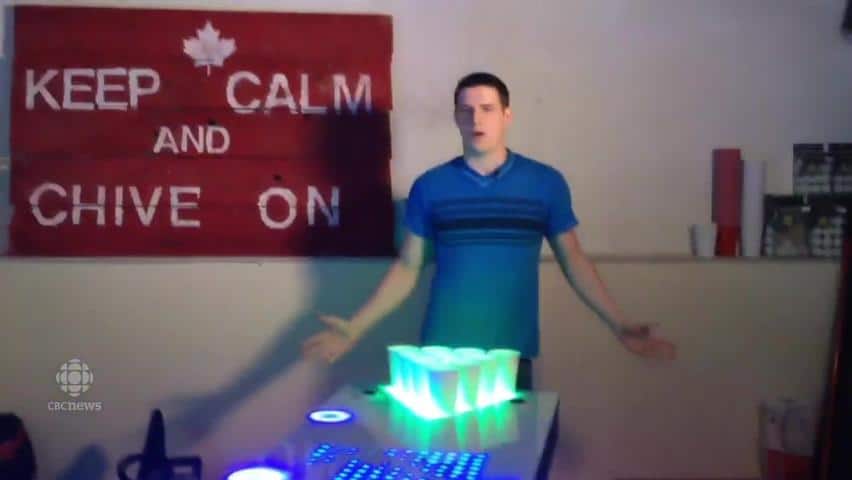 6 years ago
0:45
Saskatoon's Jeff Nybo has developed an interactive beer pong table. He explains the rules to the game 0:45

Call it Beer Pong: The Next Generation.

A Saskatoon man has developed an interactive beer pong table, complete with LED lights, ball washer and a touch-sensitive tabletop that keeps score.

Jeff Nybo has been envisioning a tricked-out beer pong table since 2011. However, things kicked into high gear in 2013, when he entered and won an online contest with his table design.

He's now taken his design, which he calls the BPT X5, to the online fundraising site Kickstarter to sell kits and fully-built tables.

"It was just a good way for me to test if there's a market for this, or any demand." Nybo said. "That was the main reason, to build some capital."

Nybo said he was introduced to beer pong after moving to Saskatoon to take classes at SIAST. It wasn't long before he started making his own improvements.

"Usually it's just at somebody's house and you're playing on somebody's table," he said. "And then, of course, I had to add lights to it, because I like LEDs."

Nybo is focussing on selling do-it-yourself kits right now, which retail anywhere from $85-$400 US. A fully manufactured table is selling for $1,800.

"For an average person for a beer pong table, it's a little up there," he said. "It's a little higher than I would like it to be, but that's just how it is."

He has already sold a handful of kits and one fully assembled table. And he's got another 20 orders to fill.

Nybo said he would love to expand his business, but doesn't plan to quit his day job anytime soon.

Fully assembled kits should be shipping out by July.