The company’s roots are a Kickstarter campaign from back in 2014. Biktrix is now on its 4th edition of the Juggernaut, a rugged, yet swift fat bike with big beefy tires.

When it comes to electric bikes you may have no idea what it means to have 500 watts of power assist your every push of the pedals.

But Saskatoon's Roshan Thomas has a good analogy.

"This is as good as riding a bike with an athlete pushing you from the back," he said.

"Five hundred watts in terms of power, is how much peak power an athlete puts out during a race." 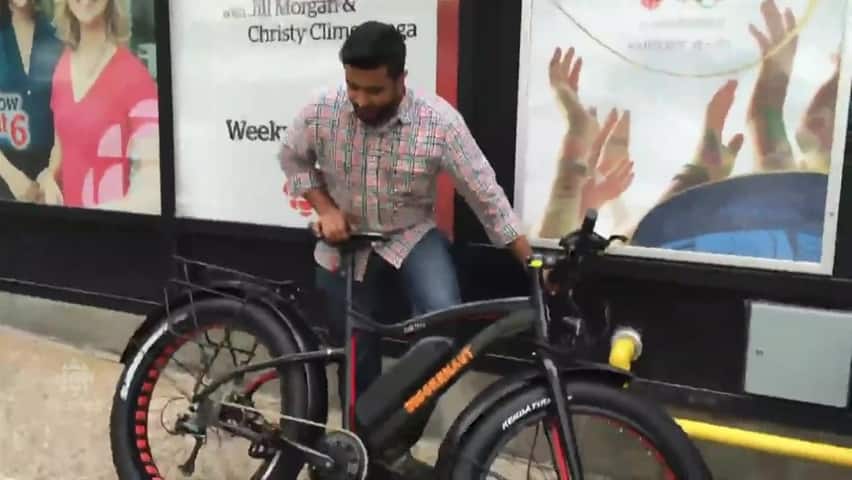 Thomas co-owns Biktrix, a company that sells electric bikes online. The company's roots are a Kickstarter campaign from back in 2014. Biktrix is now on its fourth edition of the Juggernaut, a rugged, yet swift fat bike with big beefy tires.

The fatbike just makes sense Thomas said because "we have snow half the year."

From the company's humble roots, Biktrix is now selling more than 300 bikes a year

"We've been selling it from Alaska to Hawaii, almost all states in the U.S. and then across to Iceland," said Thomas.

"We've also shipped a bunch of bikes to other parts of Europe so it's much bigger than what we thought."

The company is not resting on that success. There is nothing quite like riding one of these ride-anywhere bikes. The electric assist kicks in the second you pedal forward, and it kicks in with a surprising immediacy.

So Biktrix has an ambitious growth plan. The company is working with some retailers to try and get demo bikes into the stores.

"They won't stock our bikes and have the overhead costs of keeping our bikes in stock but rather have one or two test bikes and then sell directly from our website."

Thomas said that many of the big bike manufactures are now in the electric bike market, but he believes Biktrix is more nimble, operating on a smaller scale, better able to change designs quickly offering its customers that latest in technology and design.