Change was never in the air for Saskatoon in this election, despite challengers thinking otherwise

Saskatoon’s municipal election can only be described as a crushing victory for the public library. And Charlie Clark didn’t do too badly, either.

This is an opinion column by Randy Burton, who has been writing about Saskatoon's municipal election throughout the campaign.

Do you have something to say about the Saskatoon election? Read more about what we're looking for here, then email sask-opinion-grp@cbc.ca with your idea.

Saskatoon's municipal election can only be described as a crushing victory for the public library.

And Charlie Clark didn't do too badly, either.

Returning for a second term as mayor, Clark was the only candidate who believed that the library omelette should not be unscrambled. The other five were unanimous in declaring it should be revisited, shelved or killed.

In a diffuse campaign, the question of whether a new downtown library long since approved by city council should actually proceed became the overarching issue.

Leading the charge to kill it off "come hell or high water," former provincial cabinet minister Rob Norris claimed to have polls showing 63 per cent of the public agreed with him.

If so, they didn't believe it strongly enough to vote for him.

Not only did Clark trounce Norris, his vote was higher than Norris and Don Atchison's combined total. So any loose talk from the losers about sending a message has to be tempered by the fact that Clark has won a resounding mandate for his current direction.

Had one or the other of his main opponents sat this election out, Clark might have been in a real race. Instead, they split the conservative vote quite nicely, leaving Clark an easy waltz into the winner's circle.

The other question hanging over this election was whether to throw out what conservatives see as a leftish council. There were suggestions early on that Norris was leading a slate bent on sweeping out the progressives but if so, it didn't happen.

All the incumbents came back, with one newcomer in David Kirton, the local broadcaster who replaces the retiring Ann Iwanchuk in Ward 3.

So although the end result is very little change, there are some lessons to be drawn from this campaign:

Charlie Clark does not have horns. Who knew?

Despite the best efforts of five other candidates to paint Clark as the author of runaway spending and ill-advised initiatives, the voting public clearly did not see it that way. 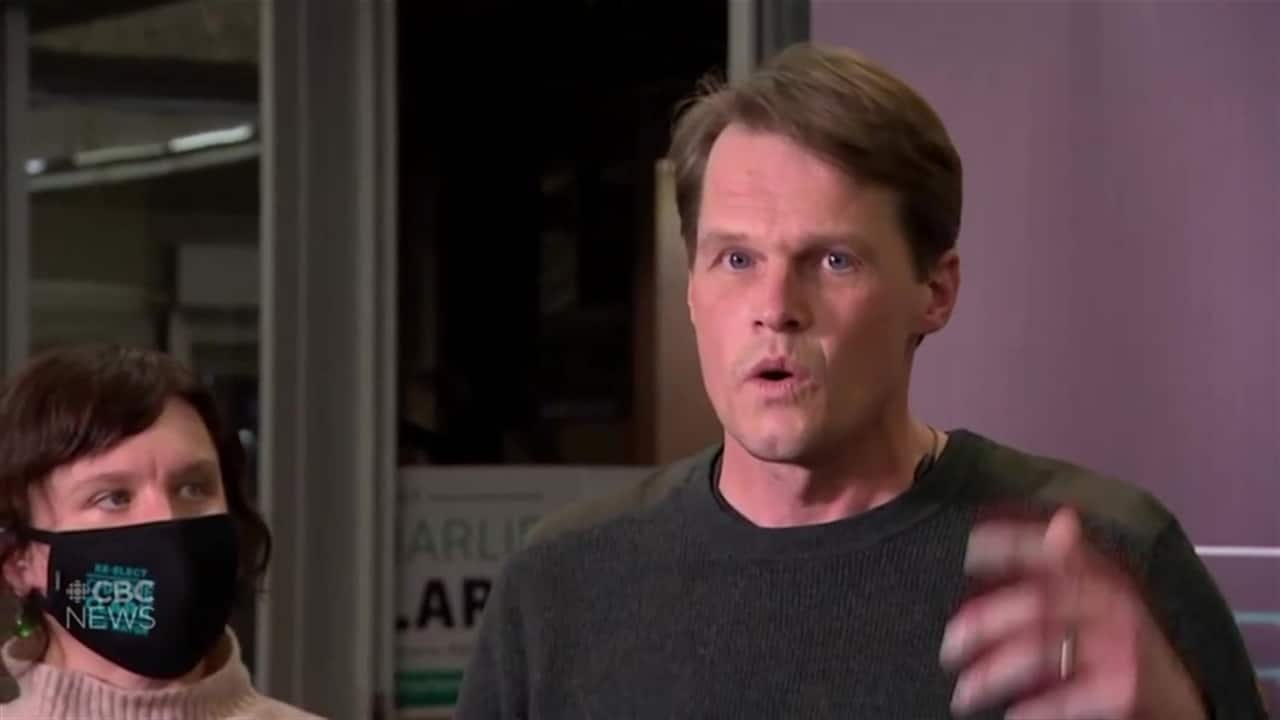 11 days agoVideo
6:07
Re-elected Saskatoon mayor Charlie Clark says he’s honoured so many people trudged through the snow to cast ballots in his name. 6:07

It means a new library will proceed, Bus Rapid Transit will move ahead, and the city will continue on a path to greenhouse gas reductions.

Also, the message that a solution for the problems at the Lighthouse needs to be found was heard loud and clear by all the candidates.

Incumbents are hard to beat

Saskatoon's last two mayors have been knocked off by challengers, but it's very unusual for it to happen after only one term. Jim Maddin was the last mayor this happened to, when he finished fourth in 2003.

Change was never in the air in this election, in spite of the fact that five other candidates thought otherwise.

The voters move on

Former mayor Atchison's distant third-place finish shows that while he still has plenty of supporters, the voters have a short memory.

He ran a close second to Clark in 2016, but it's plain now there was no mistake about the results four years ago.

It would appear that Atchison far outspent the other mayoralty candidates in advertising. Atchison dug deep for a television ad campaign that was in heavy rotation around the suppertime news, as well as radio spots.

Air time is expensive, so look for his spending totals to come close to the $229,000 allowable limit.

Norris came into the mayoral race with name recognition, thanks to his two terms as a provincial MLA and cabinet minister. No doubt that helped power him to a second-place finish, but it's not like being the incumbent mayor.

Norris simply did not have a compelling enough argument for change and his hill to climb became too steep the day Atchison announced his candidacy.

Low blows can bounce back

The kind of negative campaigning that is becoming common at the provincial level did not work so well locally. Norris's attack line of stopping "Charlie Clark's gold-plated library" did not turn out to be a vote-determining issue, at least not to the extent that Norris had hoped.

The Norris campaign made a serious blunder when it chose to make up charges against Clark accusing him of mistreating female board members at the Remai and aiming to bring in a municipal carbon tax.

Both charges were baseless. The Halloween-time Facebook posting fell flat, and it only got worse with Norris's half-hearted expression of "regret" as he threw his campaign manager under the bus for the debacle.

Snowstorms can be political

Last weekend's snowstorm upset the election schedule, forcing the city to delay the vote to Friday.

Unfortunately, returning officer Scott Bastian waited until 5 p.m. Monday to make the call, leaving the entire city dangling on whether the vote would actually proceed. Not one of the city's finer moments in terms of communication.

Clark's opponents immediately tried to hang it around his neck, along with a litany of complaints about how poorly the city is doing on the cleanup.

As we all know, if there is one thing more certain than an incumbent mayor getting re-elected in Saskatoon, it is that nobody is ever satisfied with the pace of snowclearing.

Interested in writing for us? We accept pitches for opinion and point-of-view pieces from Saskatchewan residents who want to share their thoughts on the news of the day, issues affecting their community or who have a compelling personal story to share. No need to be a professional writer!

Read more about what we're looking for here, then email sask-opinion-grp@cbc.ca with your idea.