Just ahead of the Canada Day long weekend, a Saskatoon man may have committed the most Canadian act ever: buying a full-sized canoe with a briefcase full of Canadian Tire money.

Just ahead of the Canada Day long weekend, a Saskatoon man may have committed the most Canadian act ever: buying a full-sized canoe with a briefcase full of Canadian Tire money.

Tomas Terfloth, who bought the canoe using the retailer's loyalty money on Thursday, says his now-realized goal started out as a joke on social media roughly three years ago. Once word of the endeavour started to spread, he started to receive donations of Canadian Tire money from both friends and strangers.

"For some reason that I don't really understand, it just resonated with people," he said of the goal. "It wasn't just that they liked it, or they thought it was funny, but they wanted to contribute."

Listen to Terfloth getting ready for his spending spree, and the cashier's reaction afterwards, here: 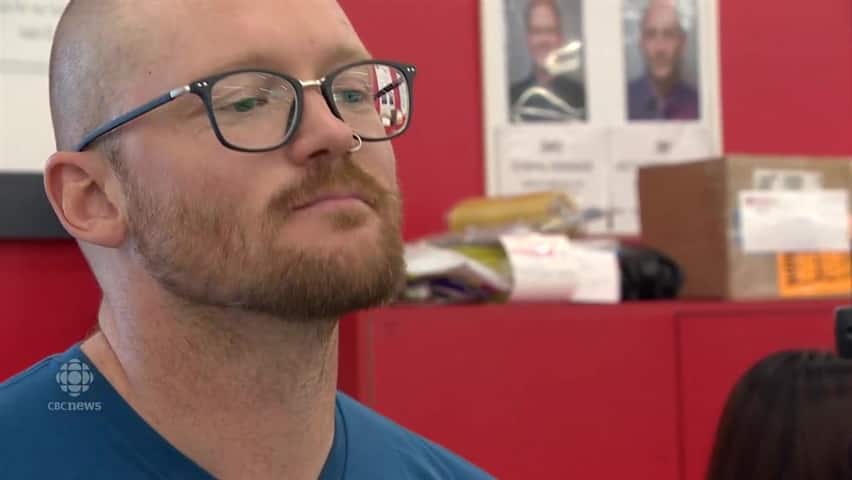 1 year ago
1:54
Tomas Terfloth spent almost $800 on a canoe at Canadian Tire, and paid for it in entirely Canadian Tire money. 1:54

The retailer's loyalty program rewards shoppers with a small amount of the "currency" with purchases. (Canadian Tire now has a card-based loyalty program, but still offers the paper money to customers who don't have a card.)

But collecting a briefcase full of it takes a while.

The push that got Terfloth over the hill came on June 9, when he turned 40 years old. His friends, aware of his unusual fundraising goal, gave him roughly $500 worth of Canadian Tire money.

He said he even received letters with small donations from strangers who had heard of his endeavour through a friend and wanted to help.

"It's a very stupid thing, but here we are," he said, noting it was likely accurate to say this is probably the most Canadian thing that's ever been done.

"I don't think I can think of anything more Canadian," he said. "It's, like, really hoser. I hope I'm not dating myself too much, but I feel like the guys from [the 2002 Canadian comedy movie] FUBAR are going to show up.

"I don't know if it could have happened anywhere else."

Asked why he was buying a canoe, he said the reason was simple: he needed a new canoe.

Terfloth said he only raised about $150 in Canadian Tire money himself, but after his birthday, the goal went from "not very close to finished sort of overnight."

"The reaction has been very strong and positive."

Linda Smith was the Canadian Tire cashier tasked with counting and ringing through Terfloth's $777 canoe on Thursday.

Her jaw literally dropped when Terfloth opened up the briefcase.

"I didn't know what to do," said Smith, sorting through the money. "I was not expecting that at all. I pressed the wrong button on the till and everything, because I've never seen that."

With assistance from a few other employees, she quickly made her way through the stacks of currency and stopped just short of $1,000 at $941.

Smith said she's had people come in with $200 worth of Canadian Tire money at her till, but said she was just "blown away" on Thursday afternoon.

When told the large amount of Canadian Tire money was the result of dozens of donations, she replied: "That is awesome."

"He must be a wonderful man," she said of Terfloth. "I need friends like that."

There were still wads of Canadian Tire money left behind after the transaction was finalized. Terfloth said the change will go toward a cover for his new vessel.

Asked if he had any advice for other Canadian Tire money collectors, Terfloth said the most important thing is to just put yourself out there.

"Just let people know, because they will be happy to help," he said.