The Saskatchewan Party has won a majority government for the fourth time in a row, CBC News has projected.

The Saskatchewan Party has won a majority government for the fourth time in a row, CBC News has projected.

Less than an hour after polls closed, the party led by Scott Moe quickly secured 46 of 61 seats, according to the CBC News Decision Desk. Thirty-one seats are needed for a majority government.

As of midnight Tuesday, eight races — including the Saskatoon Meewasin riding of NDP Leader Ryan Meili — remained too close to call.

Moe retained his seat in the Rosthern-Shellbrook riding, securing three quarters of the votes recorded so far, projections also show. It was his first election as Saskatchewan Party leader.

"I gotta tell you, I'm feeling pretty good tonight," Moe said in his victory speech, moments after Meili conceded the election in his own speech.

Speaking at a hotel ballroom limited to 30 attendees, Moe thanked his campaign workers for going out in the "real world" despite the COVID-19 pandemic.

Moe then pivoted to the party's opposition to a carbon tax.

"There was a number of voters, many of them in rural constituencies, that used their vote this election to express their frustration with the federal government. 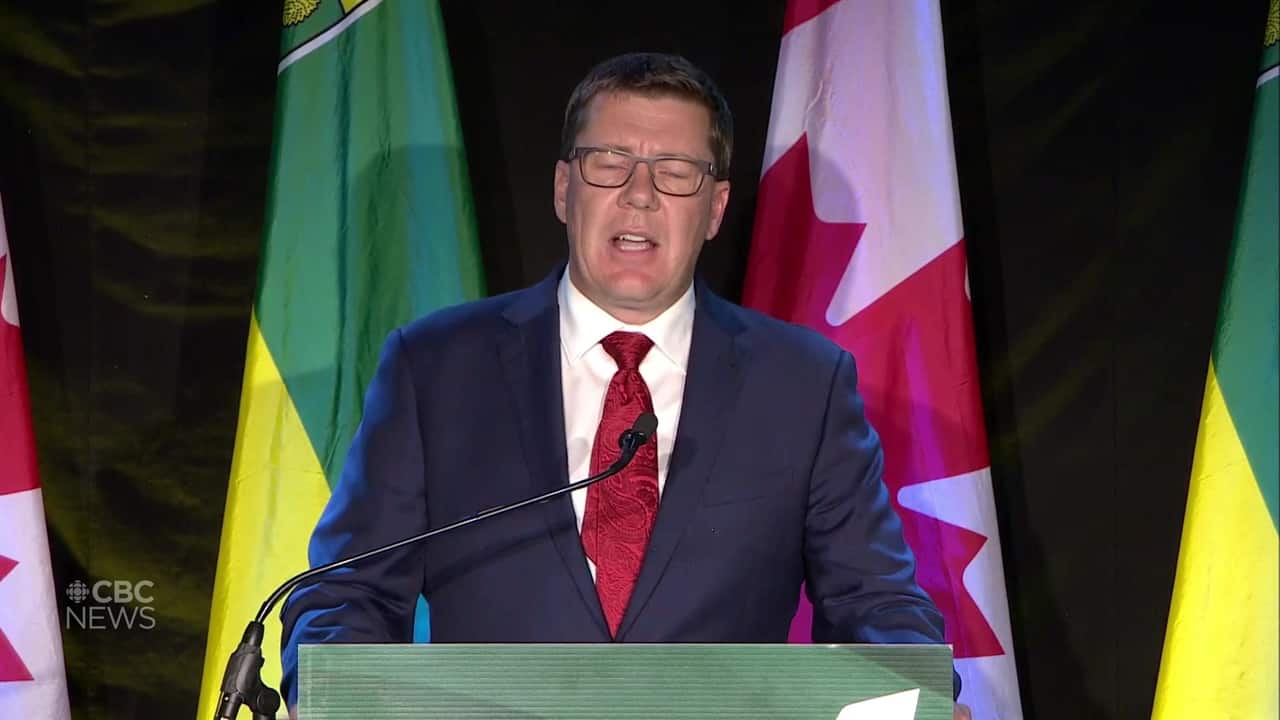 In a much shorter speech earlier in the night, Meili said his volunteers and fellow candidates ran a great campaign but that "it wasn't enough this time." 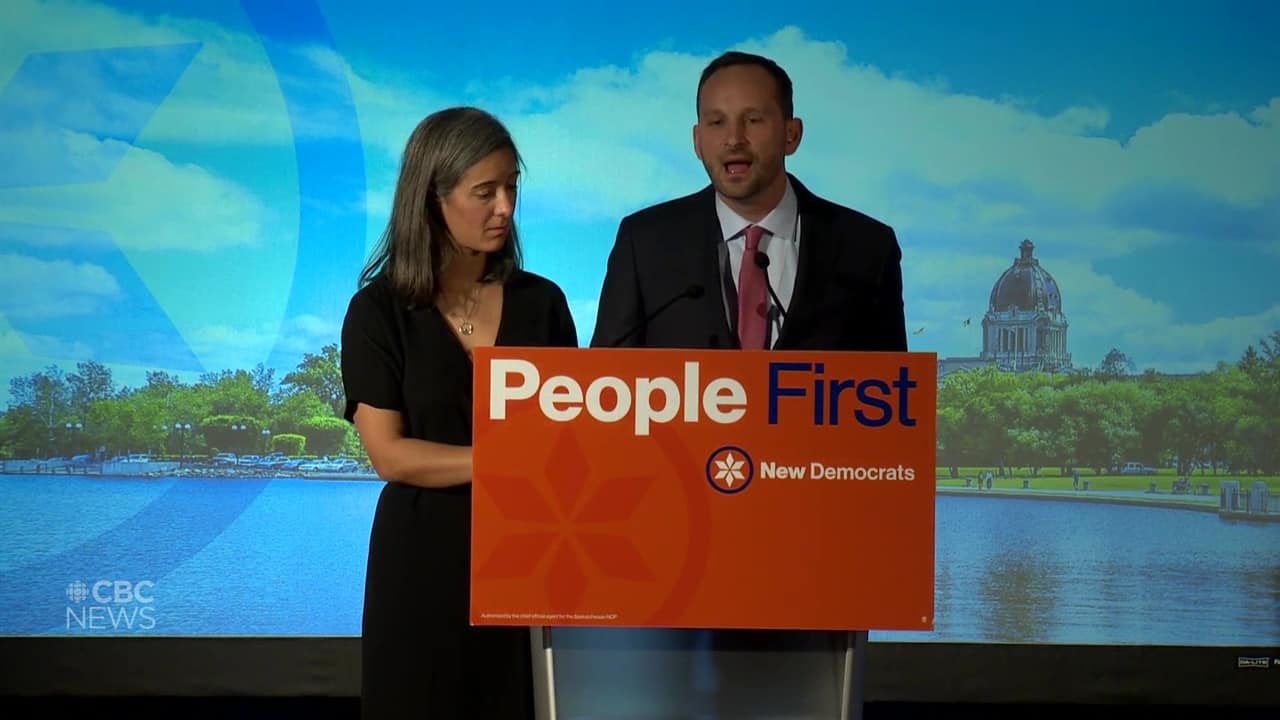 4 months ago
1:19
The Saskatchewan Party has won a majority government for the fourth time in a row, CBC News is projecting. 1:19

Saskatchewan Green Party Leader Naomi Hunter was projected to lose in the Regina Elphinstone-Centre riding, while the leader of the new Buffalo Party, Wade Sira, was expected to lose in Martensville-Warman.

A record-breaking 185,061 voters attended advance polls this year. Elections Saskatchewan also saw a notable bump in mail-in votes, but those won't be counted until later. Therefore, the final results for ridings that have historically been close races, and where a large number of people mailed in ballots this year, were still uncertain as the night came to a close.

The last time the province was governed by a political party in its fourth term was the NDP, before its 2007 defeat. That party, however, had to form a coalition to stay in power.

The last party to win a long string of majorities in Saskatchewan without any help was the Co-operative Commonwealth Federation and its leader Tommy Douglas, who was elected for a total of five terms.

Saskatchewan is the third province, after New Brunswick and British Columbia, to send voters to the polls since the COVID-19 pandemic hit earlier this year.

The 27-day campaign kicked off on Sept. 29, with the economy and COVID-19 figuring largely in candidate speeches.

Both Moe and Meili wore masks as they cast their ballots. Moe did so Monday in his riding of Rosthern-Shellbrook. Meili voted in advance last week in Saskatoon.

With files from Adam Hunter and Julia Peterson