A group of Regina residents plan to donate the $500 affordability cheques expected from the province this fall to four local non-profit groups fighting poverty. They are asking more Saskatchewan residents to consider the same.

A group of Regina residents plans to donate the $500 affordability cheques expected from the province this fall to four local non-profit groups fighting poverty.

They are asking more Saskatchewan residents to consider the same.

The initiative "is to look at the needs of people who are in poverty today," Carol Schick, a professor emeritus at the University of Regina, said Thursday.

Poverty, she said, "is not just unfortunate but also grossly unfair. It isn't simply about charity, it's about justice."

Schick is one of the members of the group Share the Credit: Regina Equity Project, which can be found on Facebook under the same name. The group drew inspiration from former colleague Marc Spooner, a University of Regina professor who helped raise more than $100,000 for grassland conservation with more than 400 donated SGI rebates.

Recently, the Saskatchewan government announced it would be sending out $500 Saskatchewan Affordability Tax Credit cheques to all residents who filed a 2021 income tax return. Those cheques should start arriving in November.

Schick says while there is no fundraising goal they want to connect with those willing and eager to "share the credit" with those in need.

According to a 2021 University of Regina study, 19 per cent of Saskatchewan's population lives in poverty. The child poverty rate is even higher at 26 per cent, which Schick noted is "the second highest" rate of child poverty in the country.

The $500 cheque "may not be of that big significance for many of us, but it sure holds a lot of value for others," Schick said. "Instead of spending it on ourselves, it can go to charitable organizations that are making a difference."

The North Central Family Centre, Regina Anti-Poverty Ministry, Carmichael Outreach and All Nations Hope are the four non-profits chosen by the group.

"There is an opportunity to be charitable here. You can also get a tax receipt for a tax credit," she said. "We should live together as human beings to share what we have, to be equal with each other."

Schick says people will have the opportunity to either donate the complete $500, which would mean $125 for each charity, or direct all of the donation to a specific agency.

"It will be a huge difference for us and the community as we don't have any core funding … we rely on donations and grants to keep our operations afloat," said Kim Wenger, executive director at North Central Family Centre.

"We can utilize it for providing winter coats, warm clothing, meals and make sure we have appropriate staff and volunteers to support."

The centre's flagship program is an after-school program for kids, which includes snacks, crafts, games, homework help and more. Additionally, the centre also has a youth employment program, a family literacy program and supports for homeless people.

"Living in poverty is very chaotic and difficult. Those $500 would go to providing relief, helping people meet needs and basic human rights, even if it's for an evening," Wenger said. "Life is not always equitable but generosity from others can help tackle poverty's pervasiveness in the province."

In another development, Saskatchewan residents such as Brian Geller have started a fundraising campaign to use their affordability cheques to support community projects.

Peter Gilmer, an advocate with Regina Anti-Poverty Ministry, says poverty has been getting worse in the province.

"The folks on income assistance programs are falling well, not even halfway up to, the poverty line. Others on Saskatchewan Assured Income for Disability are just above the halfway mark of the poverty line," he said.

"The ultimate goal is to see the end of poverty in Saskatchewan. To keep our doors open is difficult without having support from individuals and organizations."

Gilmer says their organization does not receive any government or corporate assistance, and is reliant on individual donations and sharing the credit would go a long way.

"A long way to go toward elimination of poverty"

With high rates of child poverty increasing in the province, Gilmer says the government should have targeted the fund at income security, housing and childcare programs.

"There's still a long way to go toward elimination of poverty," Gilmer said. "We had a study done a few years ago that it would cost $547 million to raise everyone above the poverty line in Saskatchewan over the course of a year," he said.

"Better targeted funding of this almost half a billion dollars should have gone to the folks who needed it the most."

Despite the lack of political will, Gilmer says he is appreciative of groups such as Schick's that realize the crucial need of "community organizations in combating poverty."

"These types of support are essential for us to work on an anti-poverty agenda, but also ensure that public policy moves in a direction to alleviate and ultimately eradicate poverty," he said. 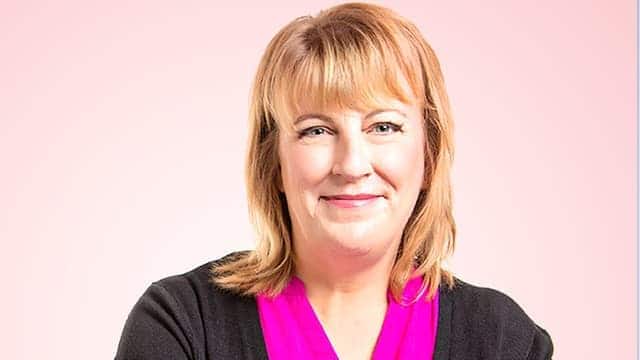 The Morning Edition - Sask5:28Regina ER doctor wants to pool government rebates for public projects
Dr. Brian Geller says if you can afford to donate your $500 cheque from the province, he thinks some projects could use the money. We hear his ideas.