Conservative leader greeted by supporters as well as protesters at Saskatoon event. 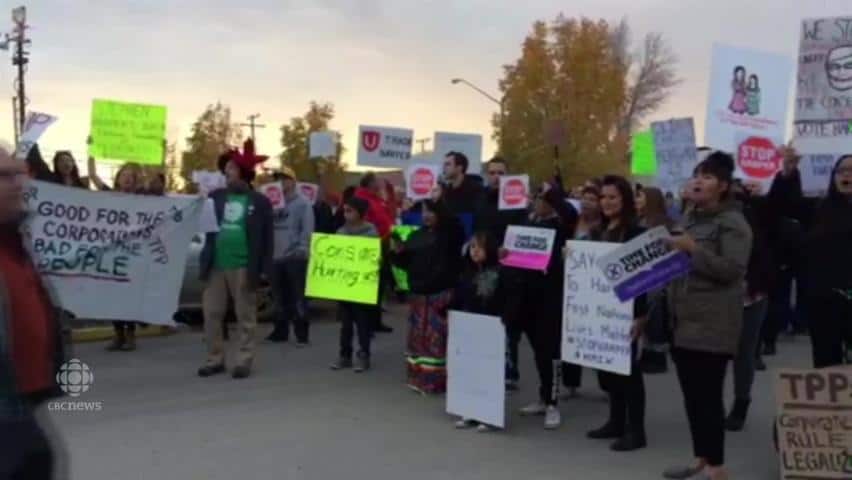 Protesters at Harper rally in Saskatoon

5 years ago
0:34
Protesters gathered outside of Harper rally in Saskatoon. 0:34

Protesters and supporters of Conservative Leader Stephen Harper both gathered in Saskatoon this evening.

Dozens of protesters, many carrying "Stop-Harper" signs, congregated outside of the venue, Nu-Fab Building Products, in the city's north end.

Meanwhile, Tory supporters lined up early to get into the venue. Once inside, before the backdrop of a giant Canadian flag, many carried Conservative placards that read "Protect Our Economy". One homemade sign read "Keep Saskatoon Blue."

The economy was the main focus of Harper's message to the crowd. He took aim at the Liberals' plan to have deficits for three years. He criticized both the Liberal and the NDP economic policies saying they will lead to permanent deficits and hurt small businesses and individuals by increasing taxes.

"Why is it friends, that the Liberal and NDP need all these tens of millions of extra dollars? Is it out of some complex economic philosophy?" Harper asked the crowd.

"No. It's not an economic plan. The simple fact is that they want to spend more money because they think they know better how to spend your money than you do."

This is the second visit for Harper to Saskatoon since the election campaign began. 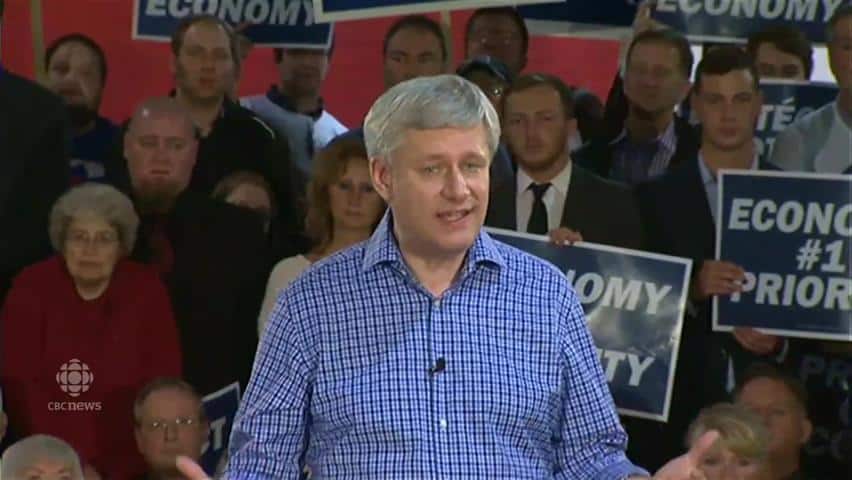