'Not just a northern problem': La Loche, Sask. teacher calls for province to come together, not pull apart

Travel restrictions have been in place in Northern Saskatchewan since April 24 and were tightened roughly a week later to restrict any travel between communities in the region, as community members are now restricted to their home communities.

Restrictions on travel in northern Saskatchewan due to the pandemic are bringing the province's north-south divide to the surface, but some say people should be rallying together, as opposed to pointing fingers.

Ashton Janvier is a teacher in the northern village of La Loche.

He says most people in the community are following tight restrictions in place to contain an outbreak of COVID-19 in the far north. Out of Saskatchewan's 194 active cases, 138 of them — more than 70 per cent — are in the region.

Janvier, 27, is unimpressed by online comments about such a small community having a high case count. He says they reveal a divide between north and south.

"We have been getting a lot of backlash and a lot of negative outlooks from different communities, and even from major cities such as Saskatoon and Prince Albert," said Janvier.

"They have been sharing a lot of negative Facebook posts and even a lot of racist and discriminating posts against people of La Loche and Indigenous people, saying that now, it's turned to us. We are now spreading the disease. We are spreading this virus."

Travel restrictions have been in place in Northern Saskatchewan since April 24 and were tightened roughly a week later to restrict any travel between communities in the region, as community members are now restricted to their home communities. La Loche leaders have imposed a curfew, enforced by security patrols.

"Instead of blaming a community or blaming a certain type of people, we should really be supporting each other and trying to really find ways to help stop the spread of COVID-19," he said, pointing to public health messages in the Dene language and prayers posted on Facebook as positive examples of support.

'Everybody should be supportive'

Janvier said while there are some in the community who are not obeying restrictions, many of them are part of vulnerable populations, grappling with alcohol or drug addictions or homelessness.

There are now portable trailers in La Loche to shelter homeless people, as well as two dozen RV campers that will serve as isolation units for people who live in overcrowded homes, according to Leonard Montgrand, northern representative for the Métis Nation - Saskatchewan. Montgrand said people who test positive for Covid-19 and defy public health orders to self-isolate could also be forced into isolation units under "lock and key."

"It's not just a northern problem now...It's a problem where everybody should be supportive and help one another," he said.

'It scares people, but it doesn't scare them enough to stay home'

For some who have contracted the virus in the north, like Amanda Black, the diagnosis comes as a surprise.

"I have no idea where I caught this virus. No idea. We wore masks, we wore gloves, we did everything we were supposed to," she said. Black and her six-year-old son, Malachi, and her parents, all tested positive.

"With everything I was watching, I was scared to catch it, because it seems serious," she said. "But I come from a community where things just don't phase people." 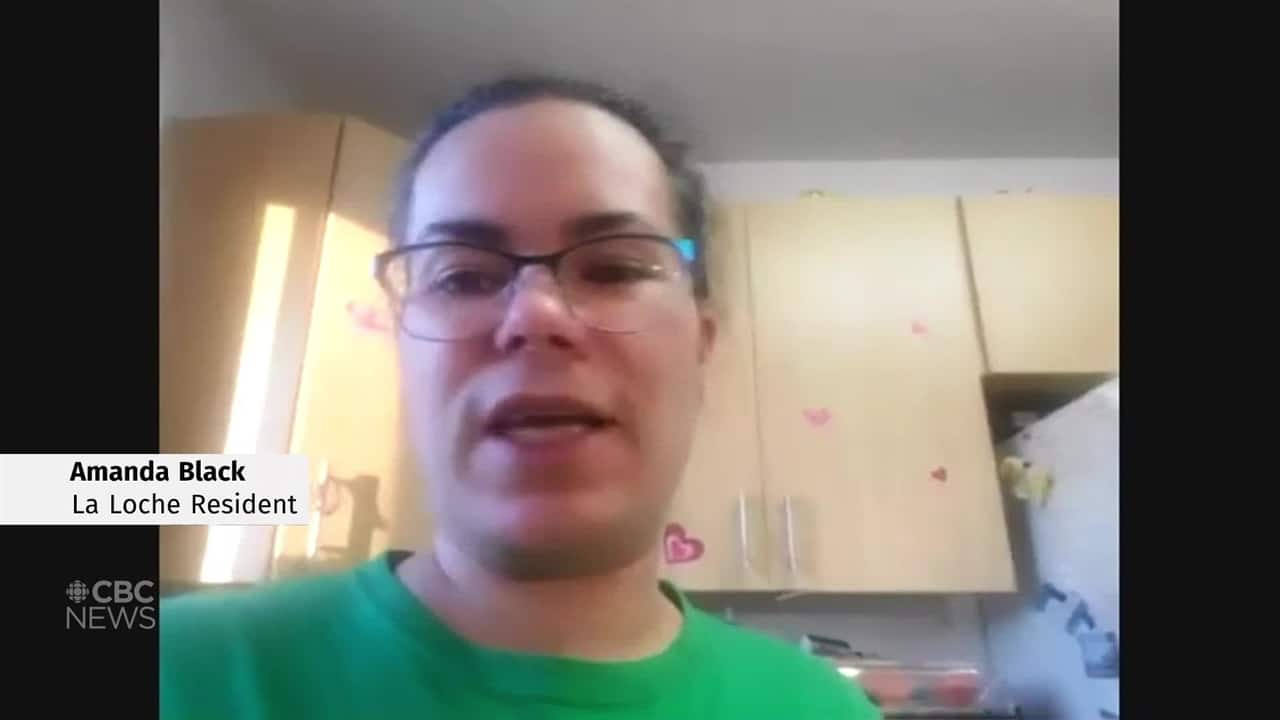 'Nobody seems to listen': Northern Sask. resident who tested positive for COVID-19 worried restrictions are not enough to control the spread

9 months agoVideo
2:12
There are more than 130 cases of the virus in the far north in Saskatchewan. Most of them are in La Loche. 2:12

She's frustrated that she still sees people flouting restrictions and advice from health officials and local leadership, noting that people break the curfew and crowd together outside the post office and liquor store.

"Nobody seems to listen," she said.

Black says had there been better screening or supervision of those coming back from oilsands camps in northern Alberta and more testing happening in the region in late March and early April, the outbreak may have been detected earlier and better contained.

She says while the community was initially slow to prepare, leaders are now working "day and night" to contain the virus.

"Everybody knows everybody. Everybody visits everybody. Somebody new comes to town and we're there with open arms to say, "Hi!" she said. "I don't know of even having a rule around here where you knock on the door before you walk into someone's house."

And that desire to socialize seems to trump fear of the virus, she said.

"It scares people, but it doesn't scare them enough to stay home."

Others who live in the community, like Chai Daongam, the owner of CenterPoint Grocery and Pharmacy in La Loche, said from his vantage point, there are a lot of folks who have accepted they're living in an outbreak situation.

Daongam said he's been spending a lot of time isolated at work or at home, but noted, from the limited conversations he's had, when it comes to the restrictions: "People have come to accept it as a fact of life."

"Really, what's the alternative?" he asked.

Robert St. Pierre, Mayor of La Loche, when asked about the stigma around the virus, he said he's reminding surrounding communities that while La Loche is dealing with an outbreak, the community is not the cause of the pandemic.

"La Loche did not bring this virus to the world," he said.

St. Pierre hopes mass testing underway in the community will help them curb the spread. The Saskatchewan Health Authority has deployed health workers to the region to staff drive-thru testing sites, and to go door-to-door swabbing people who consent.

St. Pierre also said they are clamping down on persistent gatherings, like those at the liquor outlets, service stations and post office. He said they've enlisted the help of RCMP to enforce physical distancing at congregation points.

But, the mayor said it has been a challenge to find a balance between ensuring people are respecting the rules without infringing on their freedoms.

"That's not an easy thing when we live in Canada. We're so used to having our freedoms and we're a very sociable people. So asking people to stay away from others is proving to be very difficult," he said. "But we understand the need to practice physical distancing, so hopefully, we can get to where we need to get to in containing this virus."

Northern leaders have said the region will be looking at "drastic and immediate" action in the coming days and weeks if case numbers in the region don't start to decline.