She secretly recorded her husband's alleged plot to kill her. A judge threw out the tape

The recording included Saskatchewan ex-lovers Angela Nicholson and Curtis Vey talking about an alleged plot to kill their spouses. But a judge ruled that the RCMP's handling of the recording violated the Nicholson and Vey's privacy rights, before finding them not-guilty.

In the summer of 2013, Brigitte Vey's spying routine against her husband Curtis Vey went like this:

Early in the morning, as she left their shared farmhouse near Wakaw, Sask., for her 12-hour work shift, Brigitte hid a recently purchased black iPod on a ledge under the dining room table.

The iPod, about the size of a phone, was left on, recording, until Brigitte returned home to turn it off around 7 p.m.

This wasn't the first time Brigitte had done this.

Brigitte began to suspect Vey was having an affair about eight months earlier. She had begun recording him while he was alone in their home with a pink iPod mini, placed in the dining room buffet.

After confronting Vey with a recording made on the pink iPod mini, Brigitte switched to the new black iPod, paid for in cash so as to avoid tipping off Vey.

"I was only going to use it for my own sake, because I thought if I caught him cheating, I'm going to leave," she told a Prince Albert court earlier this year.

When she came home on July 1, 2013, Brigitte got a lot more than she expected.

That day's recording captured a wide-ranging and intensely private discussion between Vey and his then-lover, Angela Nicholson, inside the Vey home, with Nicholson speaking in a hushed tone.

The pair discussed their work, their families, the affair — which spread to the Vey family condo in Phoenix, Ariz., where the Veys had recently vacationed — and an alleged plot to kill both Brigitte and Nicholson's husband at the time, Jim Taylor.

The next day, Brigitte played the iPod recording for her son.

"After listening to some of the recording, [he] decided they all needed to leave the home," according to an account summarized by Justice Catherine Dawson, the judge who presided over this week's abruptly concluded murder-plot retrial for Nicholson and Vey in the Prince Albert Court of Queen's Bench.

In a matter of hours Monday morning, Dawson barred the Crown from using the iPod recording as evidence in the new, judge-only trial and found the co-accused not guilty of conspiracy to commit murder.

The two were found guilty at a 2016 jury trial, but in 2018 a new trial was ordered by Saskatchewan's Court of Appeal, which found the original trial judge had made errors in his charge to the jury.

As Dawson's newly released, 73-page written decision on the admissibility of the iPod evidence makes clear, the seeds of Monday's surprise outcome were planted in both the method of Brigitte's "surreptitious" surveillance of her husband and the way her recording came into the hands of the RCMP.

While acknowledging that the iPod was the "crux" of the Crown's case against Vey and Nicholson, Dawson ultimately concluded that "it is difficult to imagine a search more intrusive, extensive, or invasive of one's privacy than the search and seizure by accessing, downloading, and transcribing of an illegally and surreptitiously obtained recording of a private conversation."

Nicholson's and Vey's alleged plot to kill Brigette and Jim Taylor was investigated by the RCMP's major crimes unit.

After listening to the July 1, 2013, recording, Brigitte and Curtis Vey's son phoned the RCMP to tell them about the conversation, which he admitted was recorded without Curtis Vey's and Angela Nicholson's knowledge.

Whether the iPod was actually seized by the RCMP was at the centre of Dawson's admissibility decision Monday.

During a voir dire — a hearing on the admissibility of evidence  — earlier this year, Brigitte testified that she gave the RCMP permission to take the iPod and that she "wanted them to listen to see if what they heard was what we heard."

Const. Dereck Wierzbicki of the RCMP's major crimes unit, testifying at the same hearing, admitted he had ordered an officer to "seize" the iPod from Brigitte.

Wierzbicki said he felt it was an urgent situation requiring the RCMP's immediate intervention. He didn't think he needed a warrant to seize the iPod because "the device had been handed over by Brigitte Vey to the police officers on her volition."

Wierzbicki was wrong, according to Dawson.

"The taking of an item by the police without a warrant violates Section 8 of the [Canadian Charter of Rights of Freedoms] unless the claimant has no reasonable expectation of privacy," Dawson wrote.

Given that they were recorded illegally and without their knowledge inside Vey's own home, Vey and Nicholson had good reason to expect they were talking privately, Dawson wrote.

Dawson didn't agree with Wierzbicki that the seizing of the iPod was urgently needed, either, pointing to the fact that the RCMP only placed Nicholson and Vey under surveillance an hour before their arrests on July 6.

Wierzbicki said a later decision to not get a warrant to download the conversation from the iPod was made after some "spitballing" in his office and after his consulting two senior officers.

"I still believe she [Brigitte] volunteered to turn it over," he testified.

But Brigitte's handing over of the iPod didn't give the RCMP carte blanche to peruse its contents, Dawson wrote.

In making her argument, Dawson drew on a similar Supreme Court of Canada case, in which Ontario police officers found child pornography on a computer inside a man's home.

While the man's wife had given police permission to search the home, no warrant was obtained. The computer evidence was excluded from the man's trial.

"The home is where the expectation of privacy is at its highest," Dawson wrote.

'They should have known better'

With the iPod evidence thrown out, Crown prosecutor Lori O'Connor said Monday she would present no further evidence.

"Our role is to proceed only when we think there's a likelihood of conviction," said O'Connor. "In this case, without that recording, I didn't believe we had that."

After an adjournment, Dawson returned with a "not guilty" decision for both accused.

Before Dawson's full decision about the iPod was made public, a reasonable question hung over the proceedings: why had the iPod recording been allowed as Crown evidence in Nicholson's and Vey's first trial in 2016?

As Ron Piche, Nicholson's lawyer, explained, Dawson based her decision about the iPod on very recent Supreme Court case law.

"[They] really put great stock on the privacy interest in conversations," Piche said of those cases.

"They should have known better," Piche said of the decision not to obtain warrants.

Brigitte Vey was at the courthouse in Prince Albert Monday.

"Six years ago, when I brought that tape in, the best thing already happened," she said after the decision. 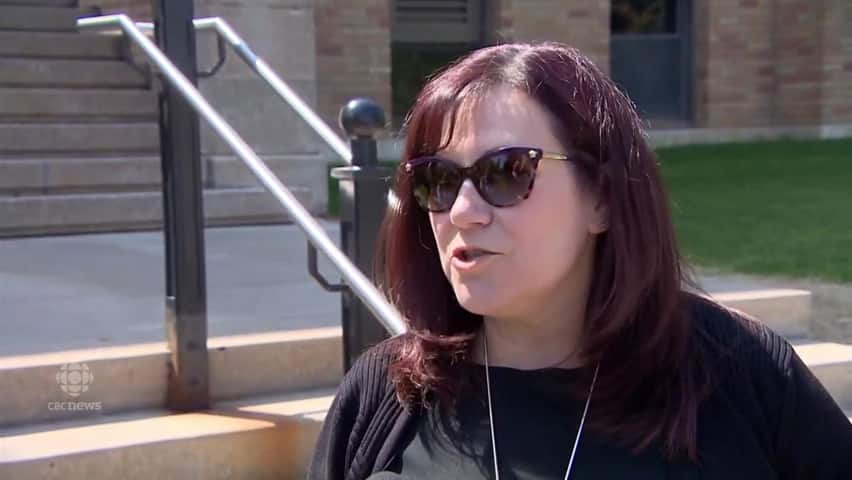 "They [Nicholson and Vey] didn't end up harming me or Jim Taylor. So I'm OK with this. I'm at peace that it's finally over.

"We can go on with our lives."