Mayor Don Atchison says death of Howe, at the age of 88, came as a shock when he heard the news this morning. 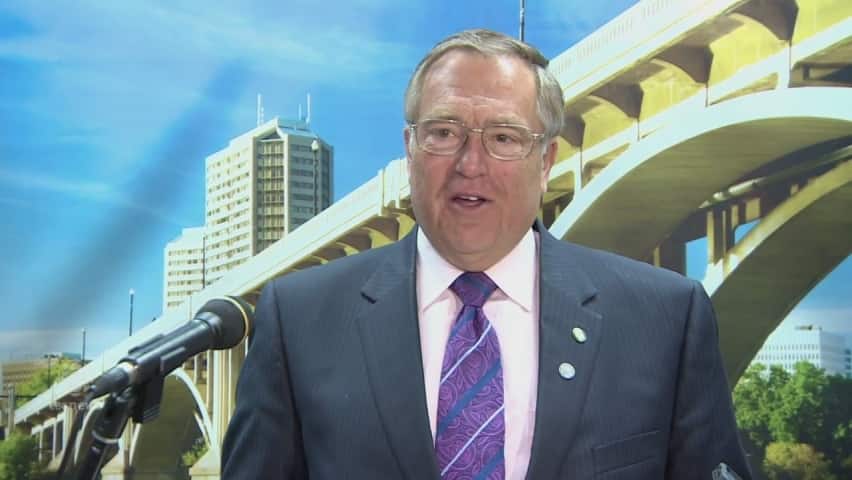 Mayor Don Atchison says today is a sad day for Saskatoon and the hockey world, after news that famed Saskatchewan hockey player Gordie Howe has died at the age of 88.

Atchison told reporters at a news conference Friday morning he had to take a deep breath when he heard the news, and that it came as a shock to him.

"Today is a sad day for us in Saskatoon and what we've done is ordered the flags to be flown of half-mast in [his] honour," said Atchison.

He said the youth of Saskatoon were fortunate to have a role model like Howe, who was known as Mr. Hockey.

"He's had a great impact on the community, especially I think for the youth, because it was not only hockey, it was baseball, it was golf, it was all the different sports that he was involved in," he said.

Atchison, who is a former professional hockey player, said he never played against Howe but he heard from others that he had a "business on the ice, friends off the ice" approach to the game.

"From the other fellows that I had played with, that had the opportunity to play against him, they were never anxious to be the first one into the corner with Mr. Howe," he said.

"It was kind of like, 'Let Mr. Hockey go first and if he wants the puck that's OK, we'll make our token gestures to kind of show like we're trying to do something.'"

Gordie Howe is widely regarded as the most complete player in the history of the sport. He was honoured by a tribute in Saskatoon last year.

"He symbolized the best in all of us; kindness, generosity of spirit and a willingness to reach out to those who needed a hand up. He was a tremendous ambassador for Saskatoon," Atchison said.