The booming voice of Kelly Bowers will no longer be heard on Saskatoon football fields, basketball courts or wrestling mats.

The voice of Kelly Bowers will no longer boom across Saskatoon football fields, basketball courts or wrestling mats.

The longtime pillar of the Saskatoon sports community died this week. Of the hundreds already sharing memories of Bowers, his unforgettable voice was a constant theme.

"It would make the hair stand up on the back of your neck," Saskatoon Hilltops coach Tom Sargeant told CBC Radio's Saskatoon Morning Wednesday.

"If you didn't know he was in the room, you quickly found out  You could hear him from across a gym with 1,000 people." 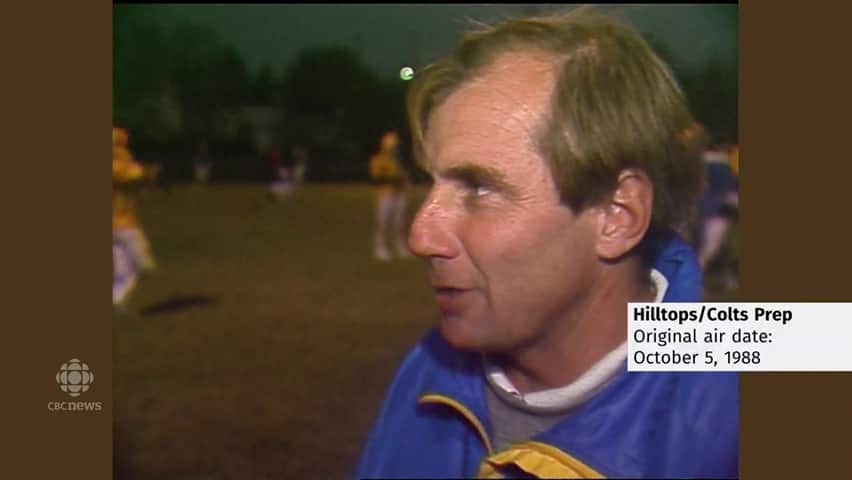 Looking back at a true Saskatoon treasure.

Bowers, a member of the Saskatoon Sports Hall of Fame, spent nearly 50 years coaching, officiating and volunteering at all levels.

Bowers coached Sargeant on the Hilltops. Bowers was one of the most vocal supporters of the Bedford Road Invitational Tournament, now one of the top high school basketball tournaments in Canada. He touched the lives of tens of thousands of young athletes, Sargeant said.

"He made everyone around him better. He was a true Saskatoon treasure. He truly was a remarkable man — one of a kind," Sargeant said.

"He was a gift to all of us. Saskatoon will never be the same without him."

As of Wednesday morning, nearly 300 people had commented on a Facebook tribute to Bowers on the Saskatoon Minor Football page.

"I saw his passion for sport and passion for loving each minute as it happened. He will be missed. Rest in peace my good friend," wrote Neil Shewchuk, who shared broadcasting duties with Bowers at University of Saskatchewan Huskies football games for more than a decade.

"He will be missed by all. May his voice and memory echo at the [Gordie Howe] Bowl for all time."