Julie Kozun says her first regret after losing her leg was that she would never be able to play volleyball again.

A regular on her high school volleyball court, Kozun was only 15 years old when her leg was amputated after an accident with a riding lawnmower.

"It's really hard and really fast-paced," she said. "It was basically like learning a whole new sport."

The basic rules of sitting volleyball are fairly similar to regular volleyball. There are six players per side, and players bump, set and spike to get the ball over the net. 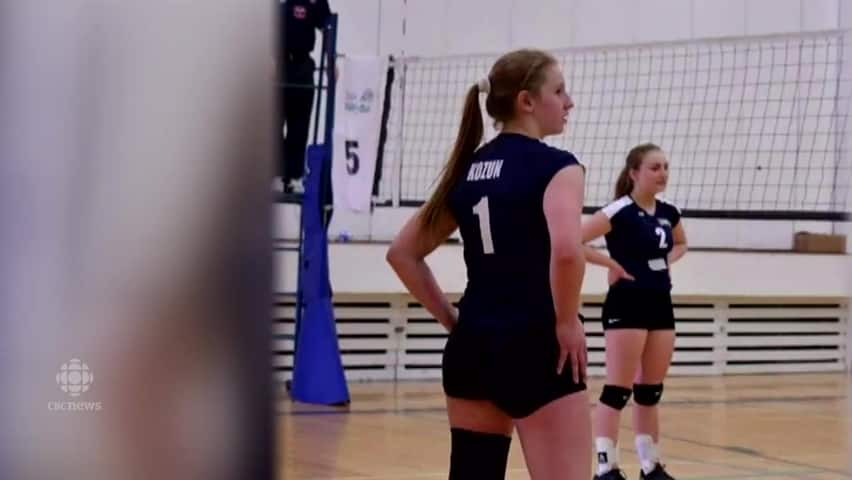 Saskatoon para-athlete gets second chance at sport with sitting volleyball

However, players can't lift their posterior from the floor, and have to scoot along the ground to get to the ball.

These days, she's busy training, getting ready for an exhibition game in Denver next week and the championships in the Netherlands in July.

"Our goal is to beat Brazil," she said. "Last October in Montreal, we actually took two sets off them, and that was a big accomplishment for us."

Her advice to other para-athletes is to never give up.

"There are always opportunities out there," she said. "You just have to look for them."