A father goes to watch his son play for Humboldt. Then, a phone call

Scott Thomas was riding with the family of another player on Friday to see his son Evan play for the Humboldt Broncos. Then they got a phone call. And then the ambulances — one after another — started speeding past them.

Scott Thomas says as soon as he saw the team's bus, he knew his son was dead

Scott Thomas says he knew when he saw the wreckage of the bus carrying the Humboldt Broncos that his 18-year-old son Evan had died.

Thomas played hockey as a teen for the Moose Jaw Warriors and knows the pecking order on a hockey bus: rookies in the front, vets in the back.

Evan, who was a right winger, had only started playing for the Broncos this season.

I kissed him, kept telling him I loved him.- Scott Thomas, father

"When we pulled up and saw the front of the bus was gone, my head knew, right there," he said in an interview.

Thomas says that he's stopped trying to make sense of the crash.

"And maybe if it was just Evan. But it was 15 other families. There's no reason there. You can't rationalize that."

The collision killed 15 people who were on the bus and injured another 14.

The Humboldt Broncos were down 3-1 in their series against the Nipawin Hawks on Friday and it didn't look good for the Broncos.

Thomas says that the Hawks had been nothing but trouble over the past couple of years and he figured he'd watch his son's final game of the season that night.

It says something about the tight-knit hockey community in Saskatchewan that he caught a ride from Saskatoon to Nipawin with the family of Declan Hobbs, the starting goaltender for the Hawks. The two boys had played hockey together and their parents became friends.

The trip north was uneventful until they reached Melfort, about 70 kilometres southwest of Nipawin. Declan phoned his parents and was put on speakerphone, not knowing that Thomas was in the car.

"He said, 'Mom, Dad, you might as well turn around and go home, there's been a bad bus accident and the game's been cancelled. The Humboldt bus has been hit by a semi, and it's bad,'" he said.

The RCMP stopped all traffic a good distance from the crash scene.

"We go running up and they stop us, the police officer is saying you can't go any further there's been casualties," he said.

The officer eventually pointed them toward the church in Nipawin.

Thomas arrived at the church along with other families.

"You're at the church and most of the families are there. All the veterans' parents start getting phone calls, we got your boy, come to the hospital. You get a little deeper and at the end of the night it's mostly the rookies' parents there," he said.

"And then of course the police had the conversation with us."

The coroner met with the families on Saturday at the local funeral home, briefing them on what was known at that time.

"The coroner said 'Be prepared, some of your sons aren't going to look like what they used to look like,'" Thomas said.

He said they identified Evan by a small birthmark on his right cheek.

"I kissed him, kept telling him I loved him. That's probably all I said to him." 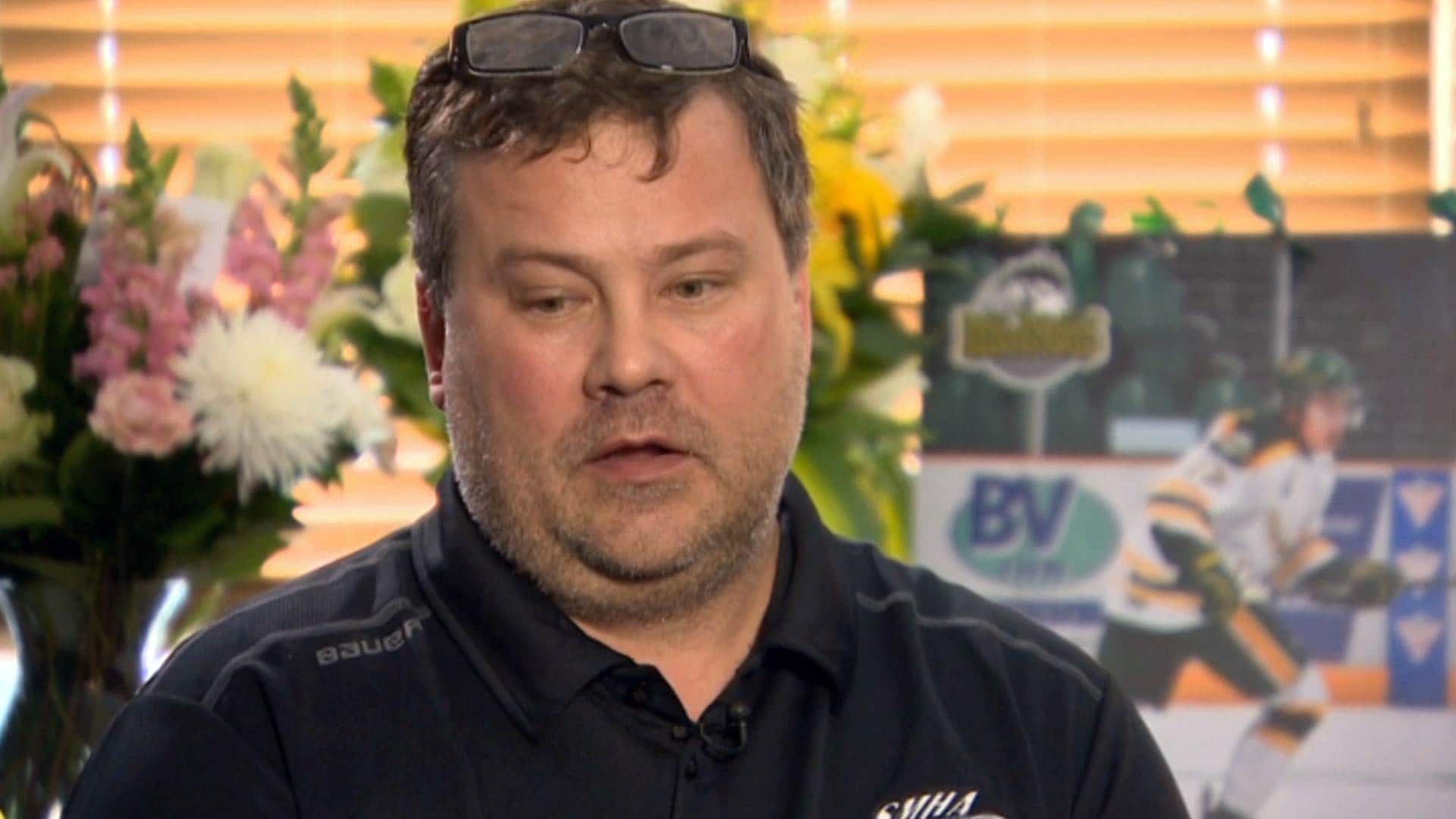 On Monday there will be a memorial for Evan at SaskTel Centre in Saskatoon. The doors open at noon with the remembrance beginning at 1 p.m. CST.

Thomas said the event will be to honour his son, and bring together everyone who knew him and their family.

They'll gather and tell stories about the boy he was, and the man he could have been. Evan excelled at science in school and was considering a future as an orthopedic surgeon.

"He was my best friend. I'm never going to be able to sit beside him on a golf cart and share a beer and have a laugh," he said.

"It's unfair to us; unfair to the hockey world; unfair to parents everywhere. It's just unfair." 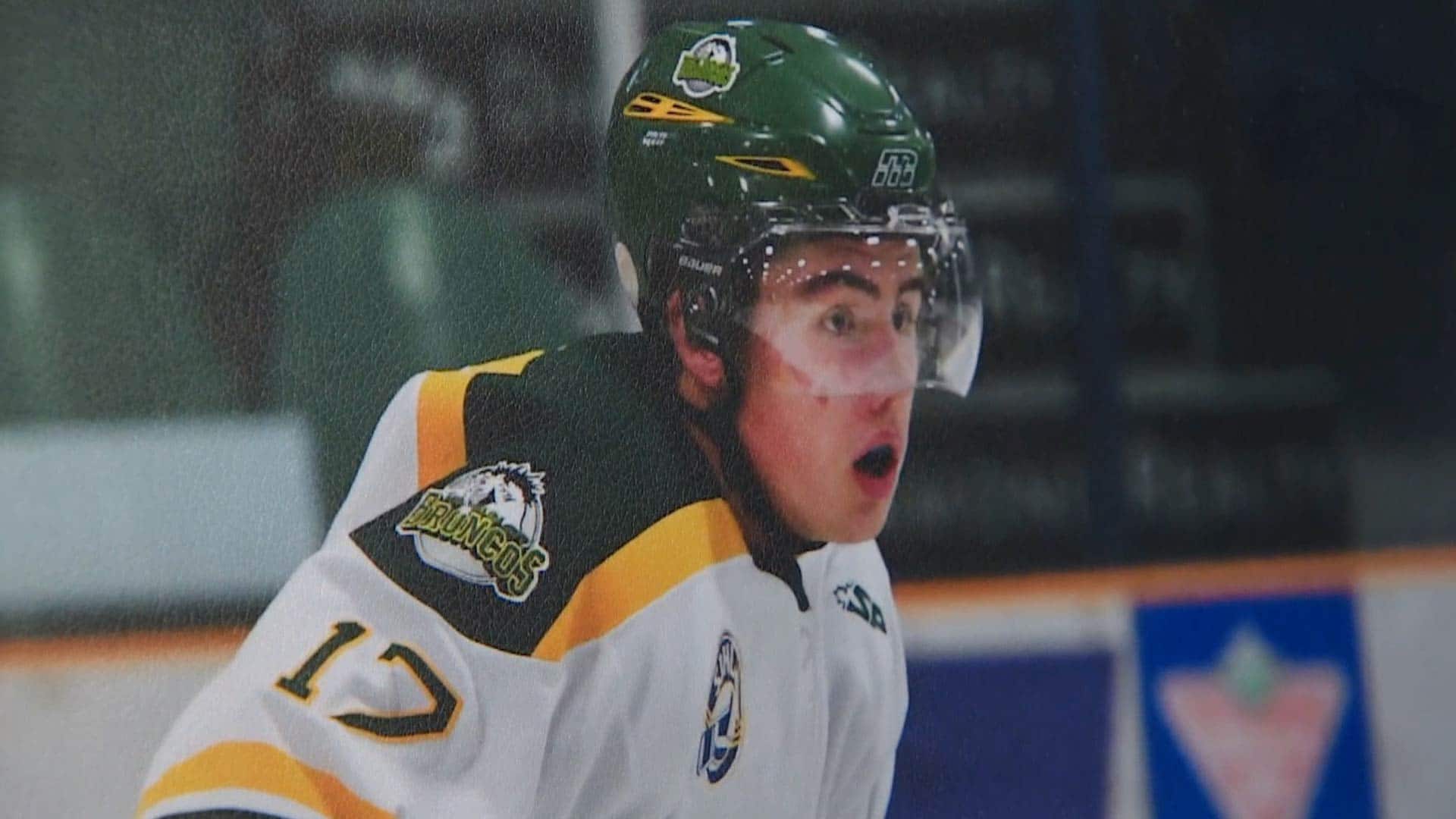 3 years agoVideo
5:35
The father of Evan Thomas, one of the 15 people to die in the Humboldt Broncos bus crash, opened up to CBC News about his family's loss. 5:35

Dan Zakreski is a reporter for CBC Saskatoon.