'I have taken the most valuable things of your life': Driver in Humboldt Broncos bus crash tells hearing

The truck driver who pleaded guilty in the Humboldt Broncos bus crash told families and friends of the victims that he was sorry during the final day of a sentencing hearing in a Melfort, Sask., courtroom.

The truck driver who pleaded guilty in the Humboldt Broncos bus crash told families and friends of the victims that he was sorry during the final day of a sentencing hearing in a Melfort, Sask., courtroom.

Sixteen people were killed and 13 injured in April 2018 when the Humboldt Broncos team bus collided with a semi-trailer driven by Jaskirat Singh Sidhu, 30, who was driving for a Calgary-based trucking company.

"I take full responsibility for what has happened. It happened because of my lack of experience," Sidhu told the court as the victims' families and friends cried, looked down or stared at him.

"I can't imagine what you are going through, what you've been through," he said. "I have taken the most valuable things of your life.

Marilyn Cross, whose son Mark died in the crash, talks about what it was like to hear Sidhu speak to the families. 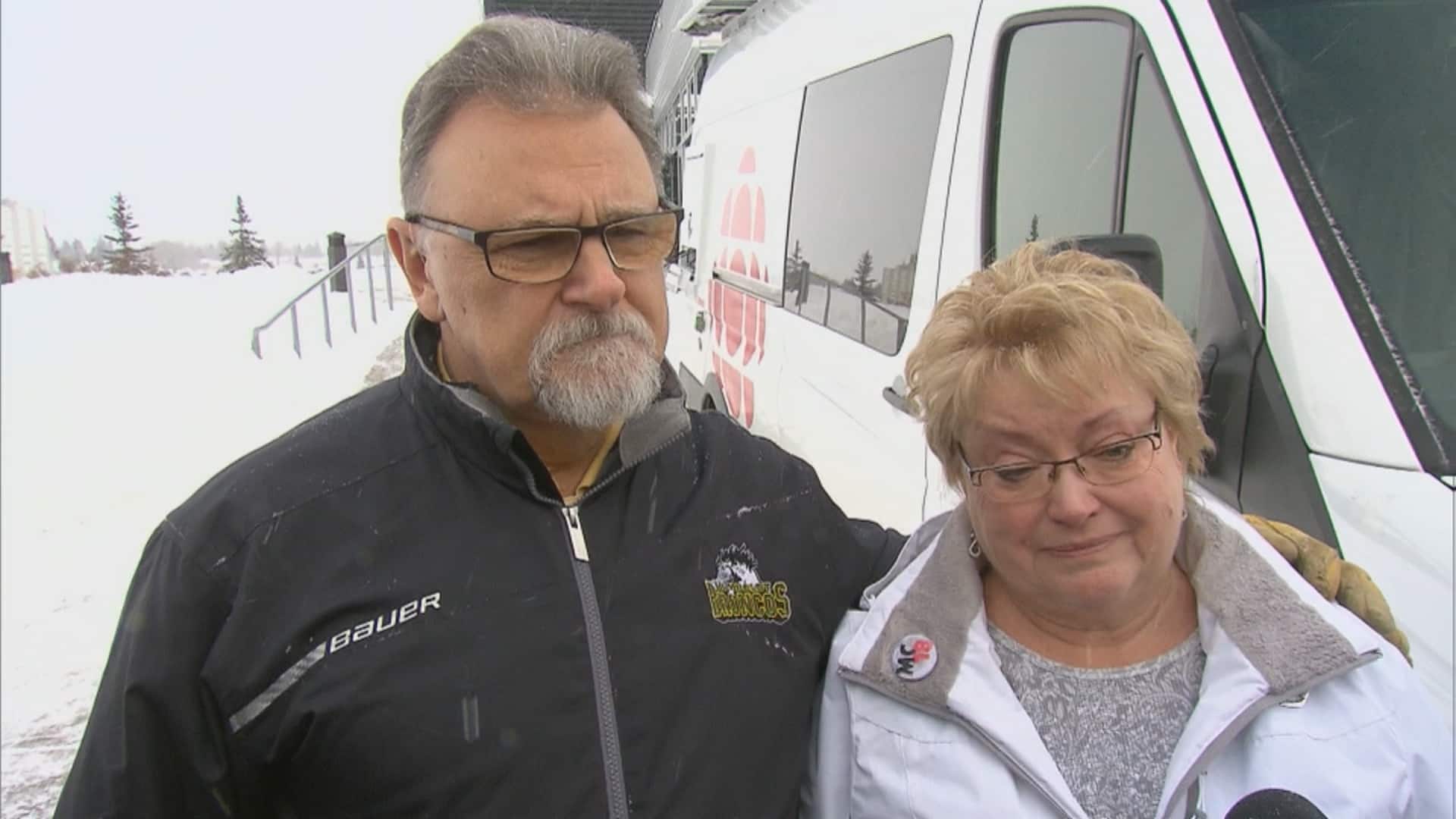 2 years agoVideo
0:45
Marilyn Cross, who lost her son in the Humboldt Broncos bus crash, talks about what it was like to hear from the semi driver who caused the accident. 0:45

The Crown attorney in the case is asking for a 10-year prison sentence for Sidhu, to be followed by a 10-year driving ban. The prosecutor wants the penalty for each of Sidhu's 29 counts to be served concurrently.

According to an agreed statement of facts, Sidhu was solely responsible for the crash.

A forensic collision report found he didn't brake at the intersection of Highway 335 and 35 before the crash.

The report said Sidhu's view of the intersection was not impeded by any environmental factors like trees near the road or sun in his eyes.

"This was not just an accident," he said. "This was a crime."

CBC reporter Jason Warick will be tweeting live from court this morning. On mobile? Click here.

He said it wasn't a case of momentary distraction, noting there were four signs in advance of the intersection, as well as a large stop sign with a flashing light. A car was also stopped directly across from him on the highway, waiting for the Broncos bus to pass.

"How do you miss all those signs?" asked Healey. "How is that possible?"

The Crown submitted 23 court cases for reference, citing one judgment which said a high number of deaths should result in a harsher sentence, and that the amount of harm caused should be relevant.

Healey said Sidhu's guilty plea should be a mitigating factor, and believes he is remorseful.

The truck driver also has a clean driving record and no prior criminal record.

Outside the courtroom Healey said it had been a difficult and emotional week for everyone,

"Mr. Sidhu's crime had wide ranging and devastating consequences for the families and friends of everyone who was in the bus crash."

He said the judge will have a difficult time finding an appropriate sentence since there is no precedent in Canada for a case such as this.

"The court will have to weigh the grave consequences of Mr. Sidhu's criminal actions, the aggravating and mitigating circumstances of the offence, including his early guilty pleas and his expressions of remorse."

More than 90 victim impact statements were presented to the court by friends and families of victims during the sentencing hearing, which began on Monday.

The emotional statements detailed the anguish families have gone through over the past year. While some families said they forgive Sidhu for his role in the crash, others said they would never be able to.

'He beats himself up every day'

Defence lawyer Mark Brayford painted Sidhu as an inexperienced driver who got in over his head.

According to Brayford, Sidhu had started working for a small trucking company three weeks before the crash. He spent two weeks training with another person in the vehicle and spent the final week driving alone.

Brayford said Sidhu now knows he had too much responsibility for a novice driver, especially since he was driving a double trailer.

"[It's] a classic case of his inexperience working against him," said Brayford. "He's the first to acknowledge it's inexcusable."

The defence team did not offer a concrete prison sentence recommendation but Brayford said he couldn't disagree with the Crown's recommendation for a 10-year driving ban.

After reviewing other dangerous driving cases, Brayford said most people would be surprised at the relatively short prison sentences handed out for criminal driving offences.

Brayford noted any sentence will likely mean Sidhu will no longer be allowed to live in Canada because of his status as a recent permanent resident.

The lawyer said prior to the crash, Sidhu had gotten lost and stopped to check a map 50 kilometres away from the crash site.

Sidhu was also worried about tarps on the back of his load that had become loose, which he also stopped to fix.

As a result, Brayford argued, Sidhu "wasn't zoned out" or suffering from "highway hypnosis" from driving.

The lawyer said he didn't know why Sidhu didn't notice the multiple warnings before speeding through an intersection and colliding with the Broncos bus.

"There was no evidence that he chose to drive through that stop sign," he said.

"I wanted to know why this happened. I'm disappointed to tell people I can't say. He doesn't know."

After the crash, Brayford said Sidhu "didn't even know what happened," and didn't know why his semi was on its side.

Since the crash, many people across the country have spoken out about the need for better trucking regulations. Brayford said Sidhu agreed with the need for reform but isn't using that as an excuse for what he did.

Sidhu grew up on a farm in India and followed his girlfriend to Canada in 2013. He studied for a business diploma and got married two months before the crash.

The lawyer also addressed a report prepared  by Saskatchewan's Ministry of Highways and presented to the judge, which outlined 70 violations of federal and provincial trucking regulations by Sidhu in the 11 days leading up to the crash.

The violations centre around missing data in Sidhu's log book, where he failed to account for time on and off the job, to account for the city or province where he spent each shift and to document whether his vehicle had any defects.

The report's writers said had he been stopped and inspected, he would have been placed under a 72-hour out of service declaration and would not have been allowed to drive his truck.

Russell Otter, a retired provincial court judge in Ontario, said victim impact statements played an important role while he was determining a sentence.

"It gave a real impression … of what the impact, regardless of the offence, was on the victim, the victim's family and relatives," he said.

With 25 years of experience on the bench, Otter said he always took the statements very seriously.

"When we get to the sentencing process, there are many different aspects and components that the law requires us to consider," he said. "But the input by the victim was always an important factor."

Otter said Judge Cardinal has a daunting task ahead.

"I don't envy the judge's task, quite frankly," he said. "But I am certain she will take into account all those particular statements. That's why they're in court and they're part of the record."