The chief of the Peter Ballantyne Cree Nation has lifted an evacuation order, and said most of the people who fled wildfires from Pelican Narrows and Sandy Bay can now return home.

More than 2,700 people fled the Cree communities in northeastern Saskatchewan two weeks ago amid heavy smoke. Flames came within three kilometres of Pelican Narrows, but no homes were lost.

"It is a relief for me but more so for the evacuated people," said Chief Peter Beatty, who noted the fires no longer pose a direct threat to the communities.

"The air quality in Pelican Narrows this morning was very good." 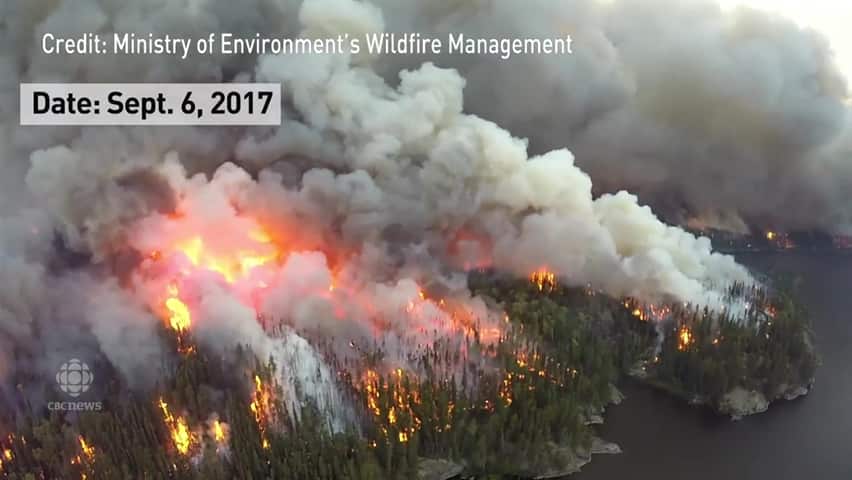 Aerial ignition of the Preston fire

3 years ago
1:15
Aerial ignition of the Preston fire west of Pelican Narrows on Wednesday, September 6. 1:15

Only about 150 residents stayed put during the two weeks the town was under an evacuation order.

"It went on a bit longer than we figured, but with the conditions that were out there — hot, dry windy weather — you know, it was really difficult to bring this thing under control," said Beatty.

Evacuees asked to check in with band officials before returning

Evacuees in Saskatoon and Prince Albert, Sask., can register for spots on buses leaving evacuation shelters on Thursday.

The band said those driving their own vehicles will be reimbursed for fuel.

Highways 135 and 106 remain closed, but convoys will escort motorists in the early evenings and at sunrise, when Beatty said the wildfires tend to be less intense.

"People want to come home, they're not going to wait around," said Beatty, who said his band members are eager to return to their own beds. "They're going to be at that road block come six o'clock."

Both the high school and elementary schools in Pelican Narrows will open their doors on Monday, allowing more than 900 students to finally begin the school year.

"We're getting additional air scrubbers for our strategic buildings, our elementary and high school, and the health centre there," said the chief.

Beatty is encouraging band members to bring their own supply of groceries, when possible.

All evacuees are required to check in at the Senator Allan Bird Memorial Centre in Prince Albert, or the Henk Ruys Soccer Centre in Saskatoon, for further instructions.

The evacuation order continues for infants under 18 months, and any residents who suffer from respiratory problems.