Ali Cole-Johnson and Britany Brinsky, who are best friends, a business duo and have Down Syndrome, are taking on the peaks and valleys of pet-care during the COVID-19 pandemic.

Business dropped when COVID-19 hit, but duo is optimistic as people return to offices

Best friends Ali Cole-Johnson and Britany Brinsky were building a good thing with their Saskatoon pet-care business until the COVID-19 pandemic hit.

They were taking Poutine the Boston terrier out for walks and potty breaks three times a week. They had other clients, too. Pets and kisses were a perk of the gig.

All of that got put on hold when the pandemic first hit.

Cole-Johnson and Brinsky have Down Syndrome. Socializing and routines like pet-sitting and dog-walking are key for them.

To have these things disrupted by the pandemic was difficult, support worker Jessica Foster said.

Cole-Johnson and Brinsky are just beginning to gain back the ground they lost with clients and the routine they'd been building. Foster said the boost in pet ownership that's happened during the pandemic is an opportunity for them to get more customers.

More of a listener? Here's an audio piece on the duo: 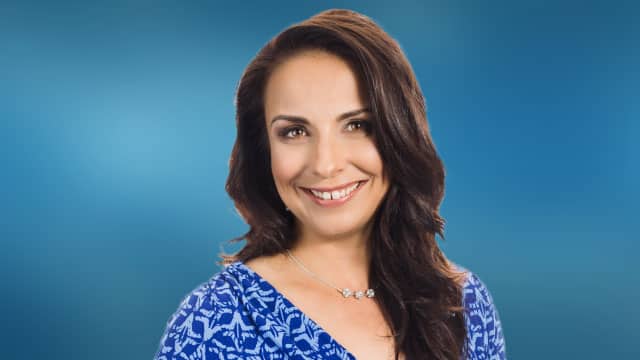 Saskatoon Morning5:29Meet the two best friends with Down's Syndrome who are navigating their pet-care business through a pandemic
About a month ago, a woman in Prince Albert sent us a lovely email after hearing a piece about people getting pets during a pandemic. Dee Cole shared with us the story of her daughter Ali Cole-Johnson and her best friend and Britany Brinsky -- who both have intellectual disabilities -- who have started up a pet care service. CBC's Chelsea Laskowski met up with the best friends and business duo, and their support worker. 5:29

'Everybody wants to be valued'

Cole-Johnson and Brinsky started their business, which they call Britali Pet Care, with one of their support workers about a year ago.

Starting in March their support workers were only able to work from home. Cole-Johnson and Brinsky, roommates who normally live mostly independently, went to live back home with their families for a bit.

Even after they were back, some of their clients were working from home and didn't need their services.

Now, Poutine is back in the rotation, as is a dog named Finnigan and a cat named Frankie.

Cole-Johnson and Brinsky get paid for their services, but money is not the focus, Foster said.

"It gives them a chance to get out of the house and do meaningful work and help people that really do need the help," she said.

"Everybody wants to be valued in the community."

They have started a Facebook page to add to the community aspect of things and to drum up business.

Cole-Johnson and Brinsky have been friends since they were children.

"She's just kind of like a sister to me, but really she's my best friend," Cole-Johnson said.

Their bond is on display as the two play with Poutine on a late September afternoon.

While separate, they are quiet with strangers, but together they feed off each other's energy.

Cole-Johnson has a calming effect when Brinsky is overwhelmed. Brinsky laughs loudly as Cole-Johnson firmly tells Poutine to stop licking her face.

Foster said the pair have taught her what friendship is.

"It's nice to see them work together as friends in this job. It's really sweet," she said.

Chelsea Laskowski is a web writer with CBC Saskatoon.