A Saskatoon MP has attracted criticism after a Facebook ad defined marriage as "the union of one man one woman."

A Saskatoon MP has attracted criticism after a Facebook ad defined marriage as "the union of one man one woman."

Brad Trost is running for  the leadership of the Conservative Party of Canada. First elected in 2004, Trost has been vocal on many social conservative issues, including same-sex marriage.

Recently, Trost's campaign started running ads with a picture of two fingers side by side, with the message "Marriage is the union of one man, one woman."

On social media, the Trost campaign's ad has been the target of criticism.

The campaign is standing by the ad.

"I think that what he's made very clear is his personal views," said campaign spokesperson Mike Patton. "We can only benefit from having discussions about same-sex marriage and abortion."

Patton said Trost doesn't agree with the way parliament voted on same-sex marriage, but because a majority of MPs voted in favour of the change, he wouldn't take steps to reverse it.

"Quite often a person will run in a leadership campaign to raise their profile within the party," he said. "I don't think his campaign is going to do that for him. I think it will raise his profile as a crusader for that particular cause. But I don't think it'll improve his standing in the party hierarchy."

Trost's views on gay marriage are not shared by all candidates in the leadership race. During its policy convention in May, the party voted to strike the definition of marriage from its official party document.

The policy change was led by Conservative MP Michelle Rempel. Trost and Rempel's different views on the issue were evident back in May. 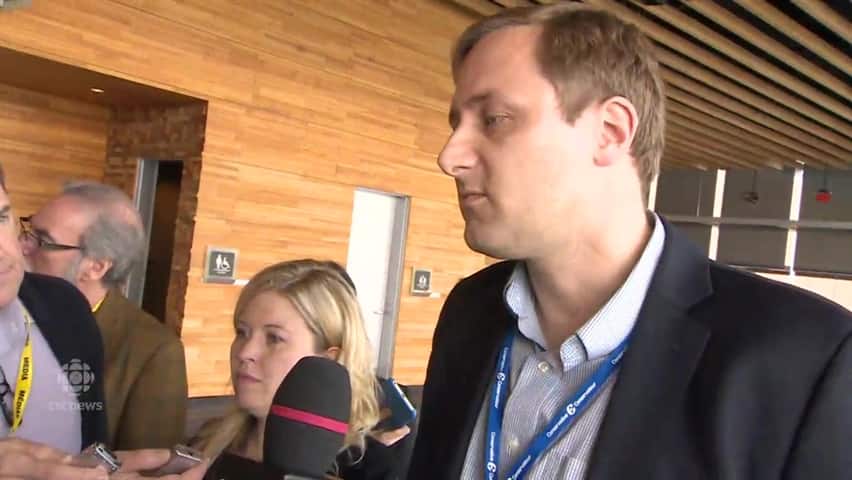 4 years ago
1:09
Tory MPs Michelle Rempel and Brad Trost speak to reporters at the party's sonvention in Vancouver after delegates show support for move to cut one man/one woman marriage definition from party's policy book. 1:09

There are currently six candidates officially running for party leader.

A national poll of Conservative Party voters shows Trost's campaign doesn't seem to be registering on the federal stage.

A poll conducted last week showed less than one per cent of Conservative supporters supported Trost, the lowest results in the survey. 71 per cent said they didn't know who he was.

"He has his work cut out for him," said Mainstreet Research's executive vice-president David Valentin. "A lot of people don't know who he is."